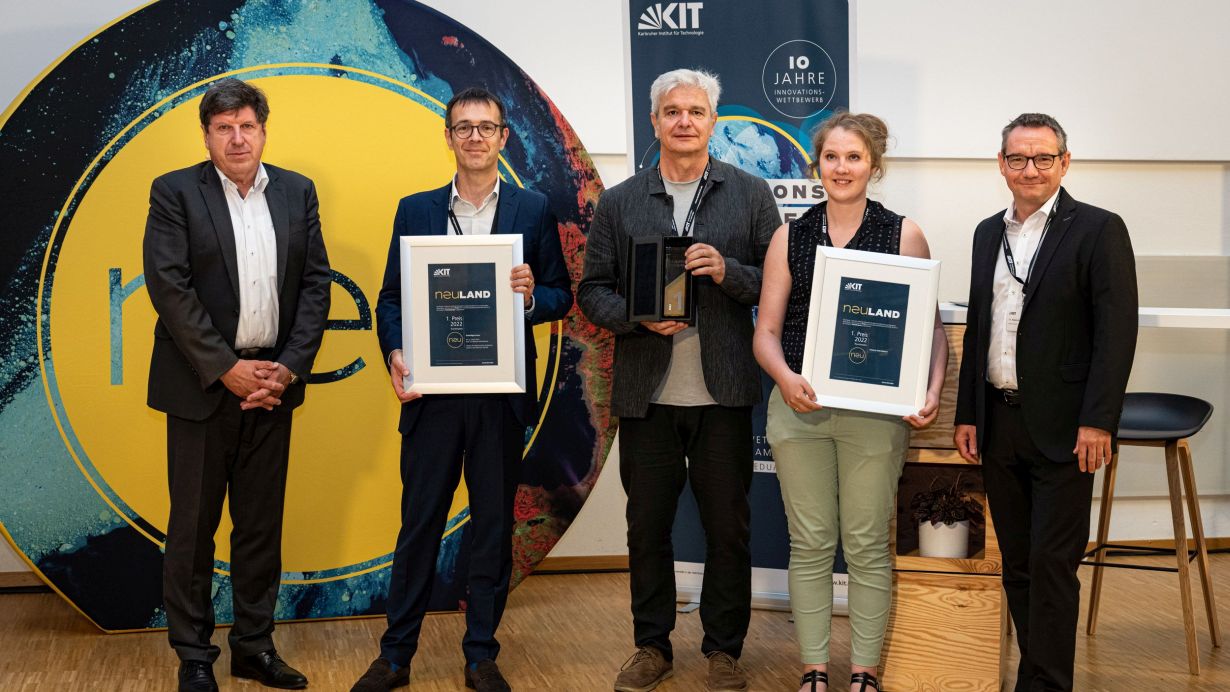 Producing solar modules with printing technology could speed up the energy transition while also lowering costs. A conductive and printable adhesive will help make that possible. In a joint project, researchers at Karlsruhe Institute of Technology (KIT) and PROTAVIC INTERNATIONAL are bringing it to market. They just won the transfer award in the NEULAND innovation contest.

The special adhesive is expected to greatly simplify the production of photovoltaic modules while also reducing the amount of energy and materials consumed. “Thanks to this new adhesive technology, soldered connections will be a thing of the past,” says Professor Norbert Willenbacher, who developed the new method with his team at KIT’s Institute for Mechanical Process Engineering and Mechanics. “The circuitry for the solar modules will be printed onto them at low temperatures. Only in this way will it be possible to produce new cell technologies like perovskite tandem solar cells with higher efficiency.” He also sees considerable potential for other applications of the technology. “Think about the production of electronic devices like smartphones or notebooks. Our adhesive can also cut way down on raw material use there,” says Willenbacher. A complex mix of materials makes it possible to use the simple adhesive technology. A polymer and a conductive metallic powder containing silver are combined with an immiscible liquid in what is called a capillary suspension. It features high conductivity with low silver consumption, can be printed with common methods, and is robust and durable.

The Best Innovations from KIT

In addition to the special adhesive, a molecular printer and the Aerobuster air purification system also won transfer awards. The latter is a technology that uses UV radiation to sterilize air containing aerosols and can be used in air purifiers to remove coronaviruses. The idea award went to FastCast, a spin-off that is developing a method for producing porous high-performance ceramics. Its innovative approach aims to accelerate the investment casting process by 70 percent while reducing its environmental footprint. Other idea prizes went to a method for producing green methanol and a technology for self-healing fuel cells. The special “Best of 10 Years of Innovation Contest” prize was awarded to a KIT team for developing methods to reduce the use of pharmaceuticals in animal breeding with Cargill, the global food corporation. The prizes were awarded at KIT’s Innovation Day on July 6, 2022.

About the NEULAND Innovation Contest

For the tenth time, KIT called on its scientific staff and PhD candidates to present innovative projects resulting from their research. In addition to receiving cash prizes totaling 10,000 euros, the best ideas are accompanied by KIT innovation managers during the transfer process.