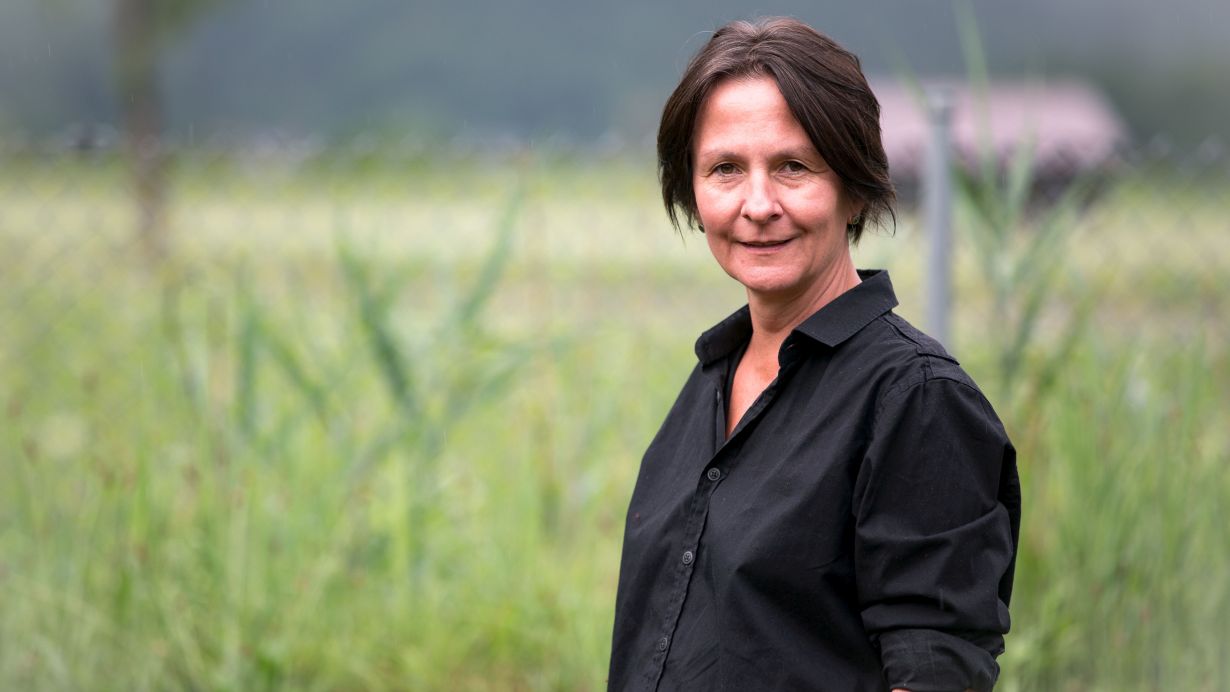 Professor Almut Arneth from Karlsruhe Institute of Technology (KIT) is granted the 2022 Gottfried Wilhelm Leibniz Prize by the Germany Research Foundation (DFG). With Germany’s highest research prize in the amount of EUR 2.5 million, the German Research Foundation (DFG) honors the scientist for her research into ecosystems under the impact of global environmental change.

“Climate change and loss of biodiversity are among the world’s biggest challenges facing us and future generations. With her research, Almut Arneth decisively contributes to a better understanding of underlying processes and reveals urgent needs for actions,” says KIT’s President Professor Holger Hanselka. “Among others, she contributes her outstanding expertise to reports of the Intergovernmental Science-Policy Platform on Biodiversity and Ecosystem Services and the Intergovernmental Panel on Climate Change. We are very proud and happy with her that she received this highly deserved recognition.”
“Her substantiated contributions to ecosystems research make Almut Arneth one of the leading experts and acknowledged researchers in her field. She is active in many national and international bodies. The support of young scientists at KIT is particularly dear to her,” says KIT’s Vice-President for Research Professor Oliver Kraft. “We are very happy that she has been awarded this most important research prize in Germany and congratulate her cordially!”

Almut Arneth’s research focuses on processes in terrestrial ecosystems under the impact of global environmental change. This includes interactions between land and climate, the role of land use changes in the climate system, and relationships between ecosystems functions and biodiversity. She regularly contributes her scientific expertise to reports of national and international expert groups. Among others, she was leading author of the section on “Climate Change Mitigation” in the proceedings on biodiversity and climate change under the joint auspices of the Intergovernmental Panel on Climate Change (IPCC) and the Intergovernmental Science-Policy Platform on Biodiversity and Ecosystem Services (IPBES) and coordinating lead author of the IPCC special report on climate change and land. In addition, she co-authored the discussion paper on “Globale Biodiversität in der Krise – Was können Deutschland und die EU dagegen tun?” (crisis of global biodiversity – what can Germany and the EU do?) published by the National Academy of Sciences Leopoldina.

In a number of scientific publications, Arneth and her team from the Atmospheric Environmental Research Division of the Institute of Meteorology and Climate Research, KIT’s Campus Alpine in Garmisch-Partenkirchen, presented latest findings. Among others, they proved that reaching many existing or proposed biodiversity goals will be threatened massively by climate change after 2020. In 2021, Arneth again is among the “Highly Cited Researchers,” a ranking of those researchers, whose publications were cited most frequently, which is issued by the Web of Science Group.

At KIT, Almut Arneth is actively involved in the support of young scientists. Last year, she was one of the first scouts selected for the Henriette Hertz Program by the Alexander von Humboldt Foundation. This gives her the opportunity to recruit excellent young scientists from abroad as Humboldt Research Fellows.

Klimaschutz, Biodiversität und soziale Gerechtigkeit müssen zusammen gedacht werden (climate protection, biodiversity, and social justice have to be thought together; on the workshop report “Species Diversity, Ecosystems, and Climate Change“ by experts of the IPBES and IPCC): https://www.sek.kit.edu/kit_express_6222.php

“Reforestation Is Not a Substitute for Rapid Reduction of Fossil CO2 Emissions“ (article in the lookKIT research magazine 4/2019, pp. 28 - 33)

Almut Arneth – About the Person

Since 2012, Almut Arneth has been Professor at the Atmospheric Environmental Research Division of KIT’s Institute of Meteorology and Climate Research. On KIT’s Campus Alpine in Garmisch-Partenkirchen, she heads the Department of Ecosystem-Atmosphere-Interactions and the Global Land-Ecosystem Modelling Group. Since 2016, she has also been spokesperson of the Ecosystems Topic of KIT’s Climate and Environment Center. Before she came to KIT, she was Professor at the University of Lund in Sweden from 2004 to 2012. From 2002 to 2004, she conducted research at the Max Planck Institute for Meteorology in Hamburg. In the two years before, she headed an Emmy Noether Junior Research Group at the Max Planck Institute for Biogeochemistry in Jena. Arneth studied biology at the University of Ulm and the University of Bayreuth. She was conferred her doctorate by Lincoln University in New Zealand and worked two years as a postdoc at the Landcare Research Institute in Lincoln, New Zealand.

Including Almut Arneth, nine researchers of KIT have been granted the Gottfried Wilhelm Leibniz Prize by DFG so far.

Since 1986, the Leibniz Prize has been awarded annually by DFG. It honors outstanding researchers for their research in all areas of science. The winners can spend the prize money in the amount of about EUR 2.5 million as they wish for their scientific work within a period of up to seven years.