Study in PNAS: Revised, post-2020 Biodiversity Targets Will Have to Consider Global Warming 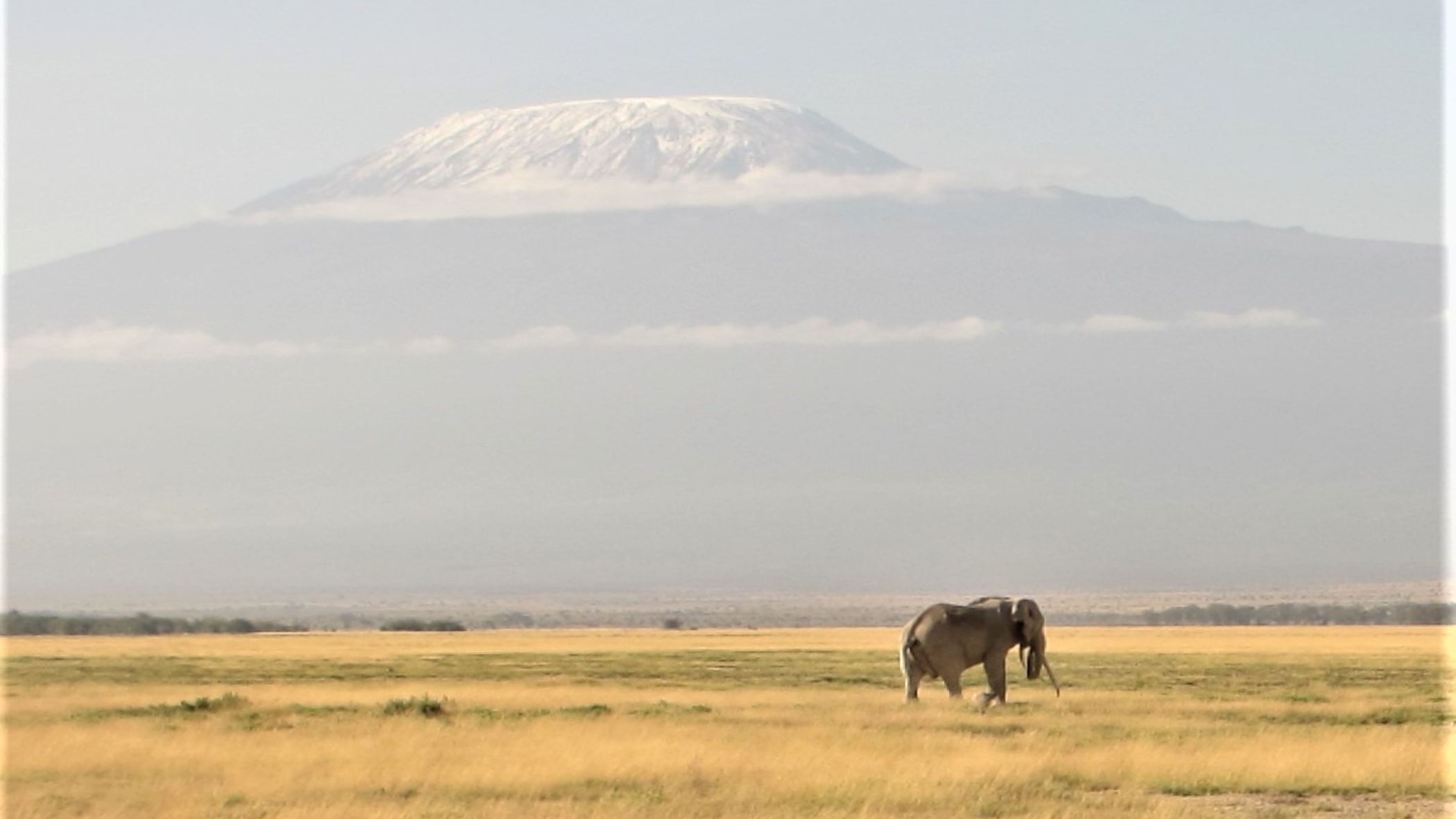 Amboseli National Park, Kenya: Due to climate change, glaciers on the Kilimanjaro are retreating. Plants and animals in the valleys below, however, are dependent on water from the glacier. (Photo: Almut Arneth, KIT)

A considerable number of existing and proposed post-2020 biodiversity targets by international organizations are at risk of being severely compromised due to climate change, even if other barriers such as habitat exploitation are removed argue the authors of a study led by Almut Arneth from Karlsruhe Institute of Technology (KIT). According to their analysis published in PNAS, global warming accelerates the loss of biodiversity. Vice versa, measures to protect biodiversity may also mitigate the impacts of climate change. The authors suggest that flexible approaches to conservation would allow dynamic responses to the effects of climate change on habitats and species. (DOI: 2009584117)

About a million plant and animal species are endangered worldwide. At least 13 of the 17 sustainable development goals of the United Nations, however, depend on biodiversity, including species diversity, the genetic diversity within species and the diversity of ecosystems. Biodiversity regulates fundamental processes, such as soil formation and water-, trace-gas-, and nutrient cycles and thus contributes notably l to regulating the climate. The continued loss of biodiversity makes humankind face ecological, social, and economic problems. “Apart from the over-exploitation of natural resources on land and in water, or environmental pollution, climate change also causes loss of biological diversity. This impact will increase in future,” says Almut Arneth, Professor at the Atmospheric Environmental Research Division of the Institute of Meteorology and Climate Research (IMK-IFU), KIT’s Campus Alpine in Garmisch-Partenkirchen. She led an international study that is now published in the Proceedings of the National Academy of Sciences of the United States of America (PNAS) under the title “Post-2020 biodiversity targets need to embrace climate change.”

In their study, scientists from Germany, France, Italy, Spain, Russia, South Africa, Mexico, and Japan analyzed the so-called Aichi targets for the worldwide protection of biodiversity that were adopted by the 10th Conference of the Parties of the UN Convention on Biodiversity in Nagoya, prefecture of Aichi, in 2010 for compliance by 2020. Most of these targets will be missed. In addition, the researchers analyzed the set of revised biodiversity protection targets currently negotiated by the parties for the time after 2020, which are to be reached by 2030 or 2050. They found that many existing or proposed targets are at risk due to global warming, even if the mean global temperature increase would remain at the lower limit of projections. “It certainly is a big challenge, but also an important opportunity to better handle on the political level the interactions between climate change and biodiversity loss, and to better coordinate the biodiversity targets with the Paris Agreement on Climate Change and the Sustainable Development Goals,” Arneth explains. The biodiversity targets proposed should therefore consider climate change much more explicitly, she thinks.

Arneth gives an example: A biodiversity target for nature reserves must consider the fact that composition and growth of vegetation will change with climate change and that certain species of plants and animals will either migrate or be threatened, if climatic conditions are changing. For instance, climate change causes mountain glaciers to shrink. In semi-arid regions, however, lower lying valley ecosystems depend on melting water from glaciers in summer. If this melt-water flow will decrease due to retreating glaciers, precipitation alone may not be sufficient to supply the plants in the catchment with water. This will then also affect the animals that are dependent on the plants.

The study underscores the demand to quickly and significantly reduce anthropogenic greenhouse gas emission and to halt climate change. Vice versa, it also shows that measures to protect biodiversity would contribute to climate protection. “Better coordination of political agreements and scientific findings may accelerate urgent decarbonization of economy and ensure slowdown of climate change by biodiversity protection measures,” Arneth summarizes.