Atmospheric Research: The CAIRT Satellite Concept Selected as a Candidate for "Earth Explorer 11” 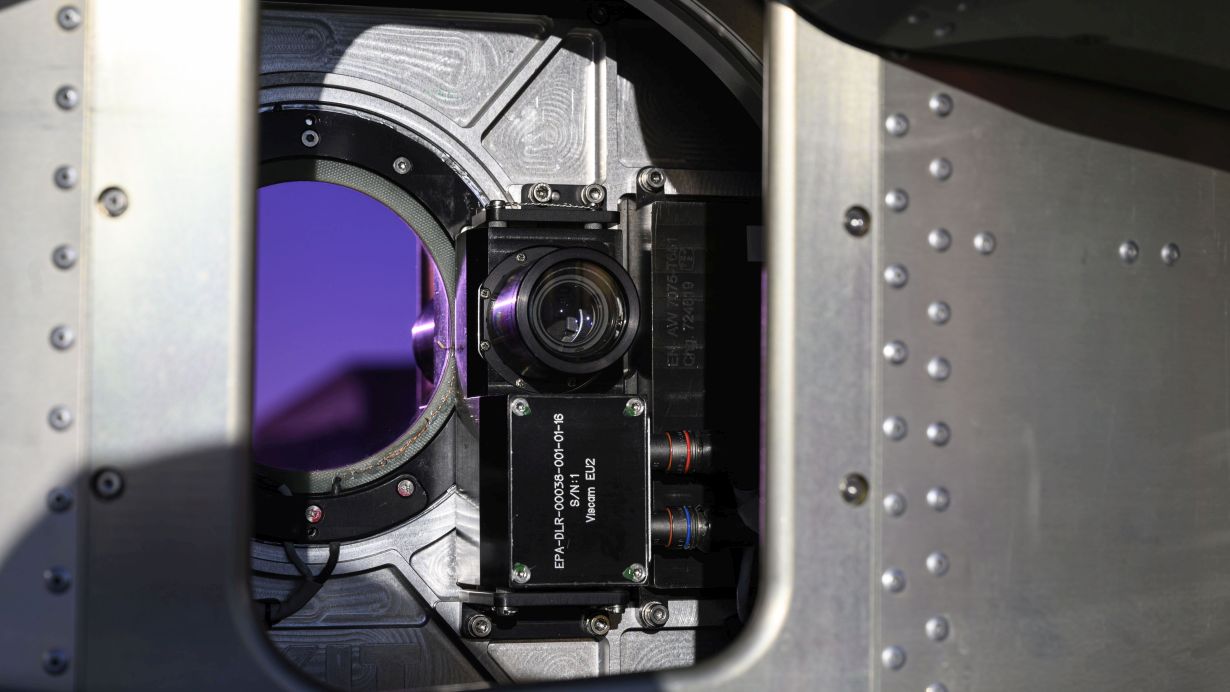 Greenhouse gases and pollutants as well as natural causes such as volcanic eruptions have an impact on the Earth's atmosphere. To study these processes in detail is the objective of the CAIRT satellite concept that researchers at the Karlsruhe Institute of Technology (KIT) and their partners have developed. The European Space Agency ESA has selected CAIRT as one of four candidates for a mission for scientific earth observation. Pre-Feasibility studies will now be conducted for the four proposals before one mission is finally selected in 2025, which will then be launched as "Earth Explorer 11" in either 2031 or 2032.

CAIRT is short for "The Changing-Atmosphere Infra-Red Tomography Explorer", hence, it is an infrared tomography experiment to study changes in the atmosphere.

"Climate model calculations tell us that the global atmosphere is undergoing profound change, from the ground to the fringes of space, triggered by anthropogenic emissions of greenhouse gases, air pollutants and ozone-depleting substances. Additionally, there are natural changes in the atmosphere due to large volcanic eruptions or variation in solar activity for example," explains Dr. Björn-Martin Sinnhuber from KIT's Institute of Meteorology and Climate Research, who heads the international CAIRT team. "However, we do not yet have the observations needed to study these changes and their underlying processes in detail. CAIRT can provide these data."

Understanding changes in atmospheric composition is vital as they affect, along with changes in circulation, climate, weather and air quality, Sinnhuber says. "We don't understand well enough how circulation changes affect, for example, temperatures at the Earth's surface, droughts or extreme precipitation events. So we cannot make robust predictions yet. Moreover, these changes are critically related to how the ozone layer recovers."

CAIRT uses innovative technology to address pressing questions about climate change. At it’s core is an imaging infrared spectrometer that can measure a wide range of trace gases, aerosols and atmospheric waves at unprecedented spatial resolution. CAIRT will survey the atmosphere from five to 115 kilometers in altitude in the infrared range with a horizontal resolution of about 50 by 50 kilometers and a vertical resolution of one kilometer.

"As an investigative technique, tomography may be familiar from medical diagnostics. We are now doing something similar with the global atmosphere," Sinnhuber said. "An imaging infrared spectrometer such as this one has not been used in space before. Our goal is to use the infrared measurements to get a detailed picture of the internal state of the atmosphere – from the ground to the edge of space."

Experience in atmospheric exploration – partners in Germany and abroad

KIT scientists have already done pioneering work in this field in the past years: "With the GLORIA instrument, KIT together with Forschungszentrum Jülich operates a kind of prototype from airplane and balloon, with which we have already made great scientific observations. CAIRT will take that to another level in the truest sense of the word. We will be able to get global measurements on a daily basis," Sinnhuber says. "CAIRT builds on this extensive experience in atmospheric remote sensing at KIT, which includes satellite experiments as well as investigations with aircraft, balloons, and from the ground."

The CAIRT proposal is coordinated by KIT. Other partners involved are the University of Leeds in the UK, the Belgian Institute of Space Aeronomy, the Institute of Astrophysics of Andalusia in Spain, the National Center for Scientific Research (CNRS) in France, the European Centre for Medium-Range Weather Forecasting (ECMWF), the Forschungszentrum Jülich (Jülich Research Center), the Institute of Applied Physics 'Nello Carrara' of the Italian Research Council, the industry partner Airbus, and the University of Toronto in Canada.