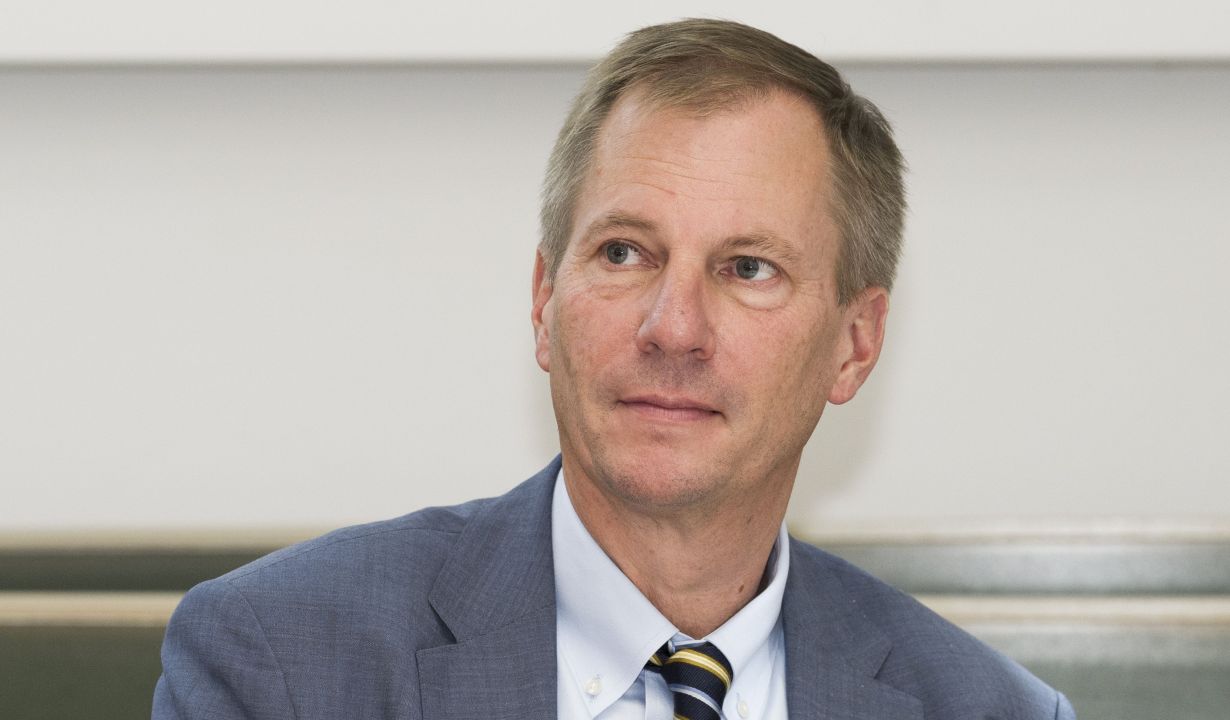 Oliver Kraft remains Vice-President for Research of Karlsruhe Institute of Technology (KIT). At today’s meeting, the KIT Senate confirmed by large majority the vote by the Supervisory Board. Kraft has been Vice-President for Research since 2016. Work during his first term of office focused on positioning the KIT for the Excellence Strategy and on acquiring program-oriented funding by the Helmholtz Association.

“The Supervisory Board unanimously voted for a second term of office of Professor Oliver Kraft as Vice-President for Research. I am very happy that Mr. Kraft will continue to foster excellent research conditions at KIT,” says the Chairman of the Supervisory Board of KIT, Professor Michael Kaschke.

“I am very pleased about this clear confirmation of the vote by the KIT Senate. As The Research University in the Helmholtz Association, KIT is in national competition with both universities and Helmholtz Centers. The basis for past and future successes in these competitions is the clear strategic orientation of KIT’s research. An outstanding example of the success of this work is the recent winning of the University of Excellence status. I look forward to continuing good cooperation with Oliver Kraft. He has pushed further development of the framework conditions for excellent research and early-stage researchers with very high commitment,” says the President of KIT, Professor Holger Hanselka.

“The great potential of KIT lies in the interdisciplinary collaboration of scientists. Networking and mutual exchange were an important basis for our successes in the Excellence Strategy and in the competition for program-oriented funding by the Helmholtz Association. It is my goal to further tap this potential by specific topic- and science-based exchange and to enhance internal and external visibility of our strengths and competencies,” says Professor Oliver Kraft, KIT Vice-President for Research. “We will continue to work consistently along this line by identifying and funding important future research areas and infrastructures. In addition, early-stage researchers will be offered optimum conditions by KIT providing reliable and plannable career options.”

In the Excellence Strategy Competition launched by the Federation and the Federal States, KIT was successful by acquiring two Clusters of Excellence and in 2019 regained the title “University of Excellence” again. In addition, KIT successfully passed the reviews organized for program-oriented funding by the Helmholtz Association (PoF IV). Positioning for these two competitions was a central cornerstone of the research strategy coordinated by Kraft within the framework of the KIT 2025 Umbrella Strategy. Another crucial element is the third-party funding strategy, the development of which will be continued by Kraft during his second term of office. Work is aimed at adopting an overarching concept with measures for strategic orientation of KIT in particular when applying for big projects with the German Research Foundation or the European Research Council.

Central activities of Kraft during his second term of office will also be the identification and strengthening of future research areas. Apart from specially created exchange formats, an internal support program, the KIT Future Fields, was established within the framework of the “University of Excellence.” This funding program of KIT is to support scientists in pursuing highly innovative, interdisciplinary projects that are expected to give rise to scientific breakthroughs.

Another main effort of Kraft is to support early-stage researchers on all career levels. For doctoral researchers and postdocs, the range of structured doctoral programs and graduate schools as well as individual offers will be extended continuously. The Postdoc Office was established at the Karlsruhe House of Young Scientists as a contact point for doctoral researchers at KIT. The Young Investigator Group Preparation Program of KIT that started in 2019 is aimed at establishing more young investigators groups at KIT and at offering young scientists from abroad reliable career paths towards a professorship. Funds granted under the Excellence Strategy Competition will be used for establishing tenure-track professorships.

Oliver Kraft – About the Person

Professor Oliver Kraft, born in 1964, has been KIT Vice-President for Research since January 2016. Before, he had been professor and Head of today’s Institute for Applied Materials of KIT since 2002. From 2011 to 2015, he was one of the Spokespersons of the Helmholtz Program “Science and Technology of Nanosystems.” From 2006 to 2011, he was spokesman of a collaborative research center. Between 2006 and 2009, he was Chairman and Deputy Chairman, respectively, of the Scientific-Technical Council of the former Karlsruhe Research Center. Kraft studied materials science and was conferred his doctorate by the University of Stuttgart. He worked as a guest scientist at Stanford University, USA, and as a group leader at the Max Planck Institute of Metallurgy in Stuttgart.