Researchers of KIT Analyze Success Factors in Soccer – A Good Defense, Precise and Efficient Moves, as well as Expensive Players 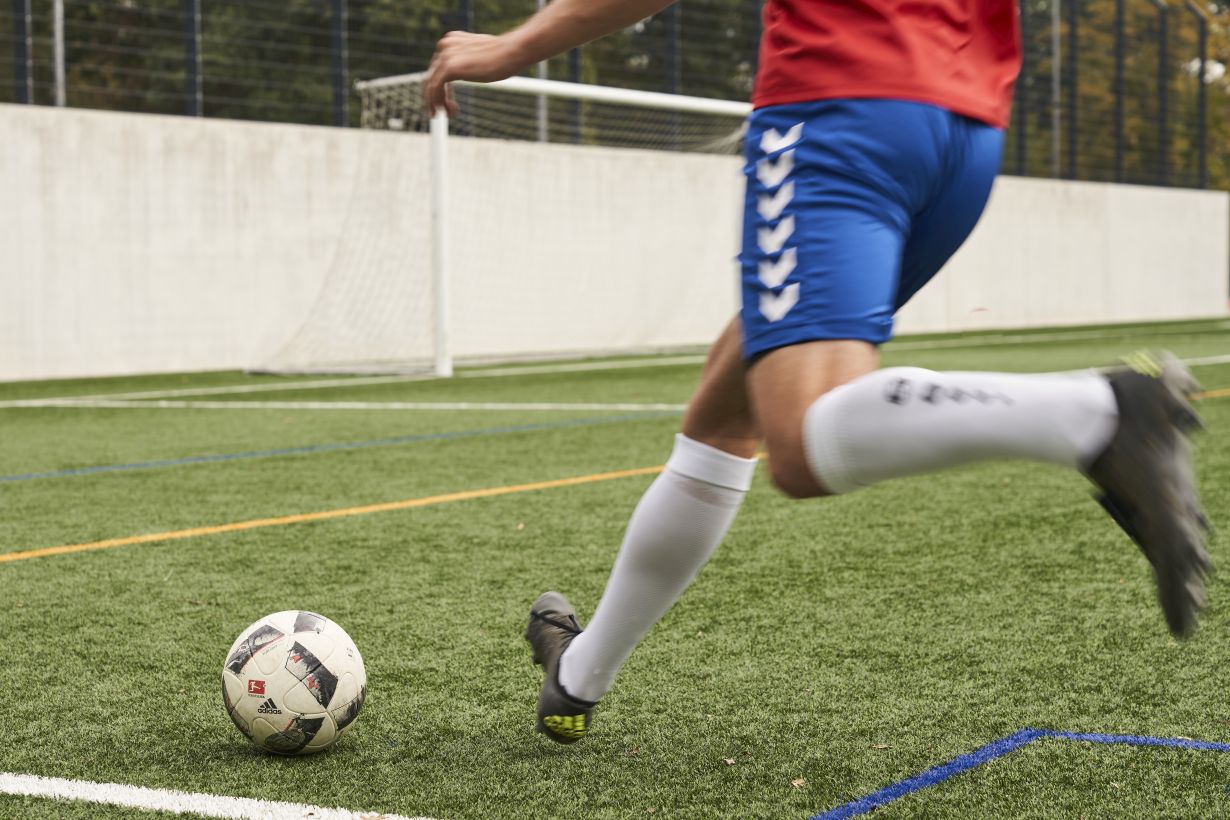 KIT researchers identified the precision and efficiency of moves, home advantage, and the market value of players to be major criteria in winning a soccer game. (Photo: Amadeus Bramsiepe, KIT)

“Quality Wins Games” – this is the conclusion drawn by scientists of Karlsruhe Institute of Technology (KIT) in their study “Success Factors in Football: An Analysis of the German Bundesliga.” The most important success criteria they identified is avoiding errors in the defense and efficiency in scoring goals especially after counter-attacks. In addition, the study empirically confirms that the market value of the team significantly affects win or loss. The study is based on data from 918 games of the Bundesliga. The findings are reported in the International Journal of Performance Analysis in Sport. (DOI: 10.1080/24748668.2020.1726157)

“We found that precision and efficiency in soccer are more important than the absolute number of moves,” says Hannes Lepschy from KIT’s Institute of Sports and Sports Science (IfSS). “This holds for shots at the goal as well as for passes and movement paths.” In his doctoral thesis, Lepschy linked and analyzed player data of 918 Bundesliga games in the seasons from 2014 to 2017 from various sources. He evaluated games with a tight outcome, in which both teams showed about the same commitment. Together with his supervisors, Professor Alexander Woll and Dr. Hagen Wäsche, Lepschy checked 29 variables for their impact on win or loss. He also considered context factors, such as the market value of the team and the average age, with home and guest teams being analyzed separately.

On this basis, Hannes Lepschy identified the most and least important factors for win or loss. “Apart from expected results, some findings surprised us,” says Alexander Woll, Head of IfSS. Avoiding errors in the defense as well as the number of shots at the goal and the efficiency in scoring goals have the strongest influence on the probability to win. Contrary to expectations, the chance to win does not increase with the number of hit crosses, but the risk of goals conceded. Neither ball possession nor running performance were found to influence the result of the game. “It is not important how many kilometers a player runs or how often he has the ball. It is the quality of the space opened that decides,” Lepschy explains. Hagen Wäsche adds that context variables also have to be taken into account. The average age of the team has no game-deciding influence, but home advantage and market value of the players are of decisive importance.

Lepschy, Wäsche, and Woll recommend Bundesliga coaches to work on the quality of the actions of their teams. It is important to avoid errors in the defense and to train precise and quick moves in space. “And not least, you need a good purchasing strategy,” Woll says. In the next stage, the scientists will develop their method further using network analysis methods. This will improve determination of relevant performance factors and practical training recommendations for soccer coaches in the Bundesliga.