KIT, DLR, FZJ, and the Universities of Mainz and Frankfurt Coordinate Measurement Campaign with the HALO Research Aircraft to Study the Southern Atmosphere and Its Impacts on Climate Change 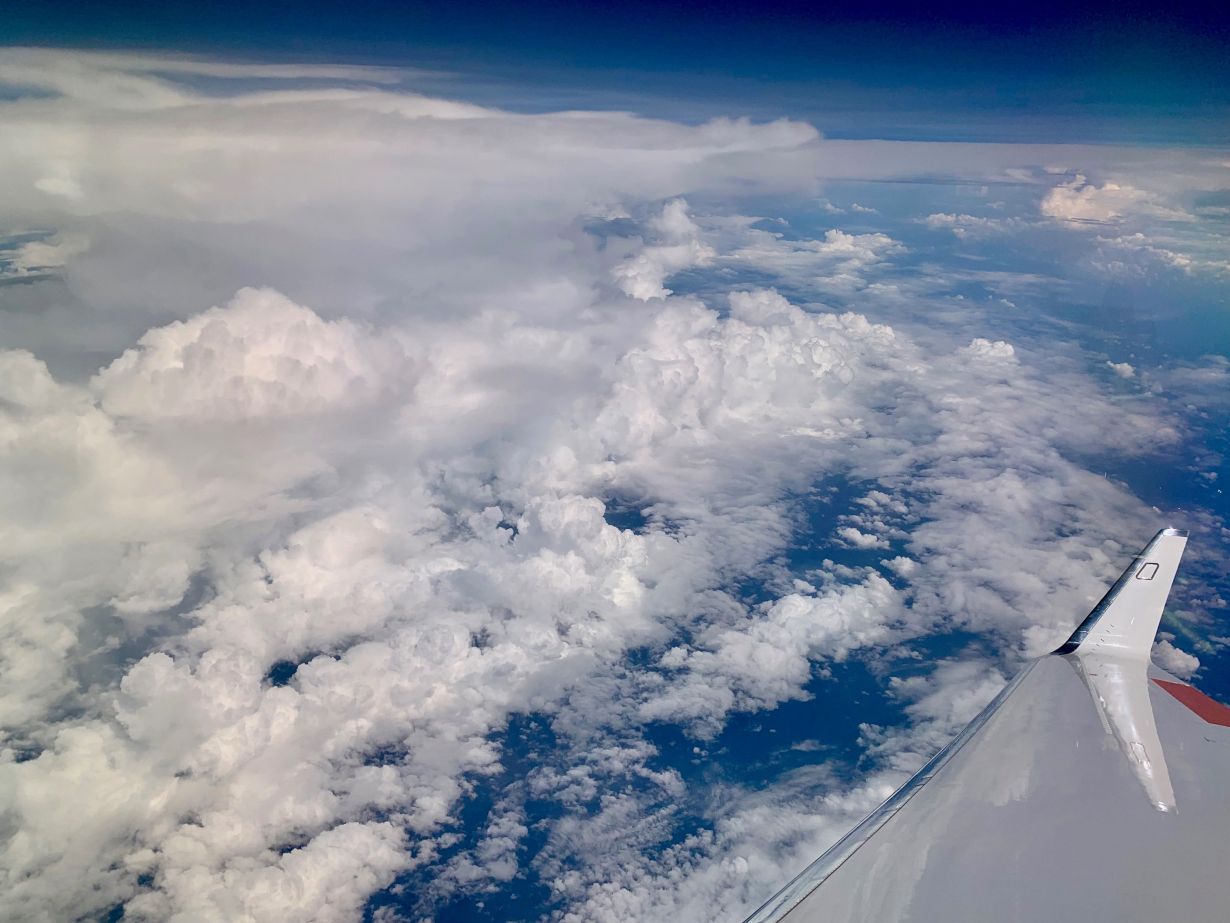 With the HALO research aircraft, KIT climate researchers study chemical processes in the atmosphere above the Antarctic. (Photo: Wieser/KIT)

Trace gases, such as ozone and water vapor, are effective greenhouse gases and play an important role in climate change. Al-though substances like chlorofluorocarbons (CFC) that considerably thin the ozone layer have been forbidden since the late 1980s, it will take several decades until the ozone layer will have recovered. A big ozone hole has developed above the Antarctic. Its impact on climate change in the southern hemisphere is now studied by the “SouthTRAC” campaign in which Karlsruhe Institute of Technology (KIT) is involved.

The campaign is divided into two phases: In September 2019, gravity waves will be measured at the southern tip of America and above the Antarctic. These air oscillations are triggered by air flows above mountains, for instance. To the naked eye, they are visible as striped patterns in cloud fields. In the second phase in November, researchers will study air mass exchange between the first layer of the atmosphere, the troposphere, and the stratosphere starting at about 18 km altitude.

The transfer flights between Europe and South America will be used by the scientists to study the impact of current biomass combustion in the Amazon rainforest on climate. “The measurement flights will focus on chemical and dynamic processes that influence trace gases, such as ozone and water vapor, in the tropopause region,” says Dr. Björn-Martin Sinnhuber of the Atmospheric Trace Gas and Remote Sensing Division of KIT’s Institute of Meteorology and Climate Research (IMK). Together with colleagues from the German Aerospace Center (DLR), Forschungszentrum Jülich (FZJ), and the universities of Mainz and Frankfurt, he coordinates the campaign. Other partners are Bergische Universität Wuppertal and Heidelberg University. 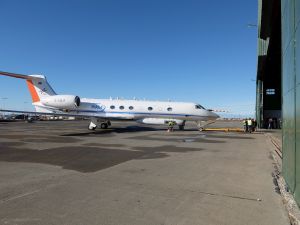 On the transfer flights between Europe and South America, researchers will study the influence of biomass combustion on climate, among others. (Photo: Sinnhuber/KIT)

Formation of the ozone hole above the Antarctic requires deep temperatures and reduced exchange of air masses with air at mid-latitudes. The latter is achieved by a stable air vortex, the Antarctic polar vortex, that may be slowed down by strong wave activity. “For the first time in this region, we will study the excitation and propagation of gravity waves up to the middle atmosphere at about 85 km altitude, which are caused by airflow over the Andes and the Antarctic peninsula and slow down the polar vortex,” says Professor Markus Rapp, DLR, who coordinates the dynamics-related activities. This effect has hardly been considered by climate and weather models so far.

During the measurement flights, innovative remote sensing methods will be combined with highly precise local measurements by the aircraft. The measured data will be compared with satellite data. “To adapt our flights optimally to the meteorological situation, atmosphere modelers will take part in the campaign and use forecasts of the CLaMS Jülich atmosphere model,” says Professor Martin Riese, Director of the Stratosphere Section of the Jülich Institute of Energy and Climate Research, one of the coordinators of SouthTRAC. The HALO measurements will be accompanied by measurements on the ground (e.g. using lidars, radars, and radiosondes) and measurements on board a glider operating from the city of El Calafate. Meteorological and chemical forecast models will provide the information on local weather as well as on atmospheric circulation and trace gas distribution required for precise flight planning.

KIT’s climate researchers will concentrate on chemical processes. They will study how the Antarctic ozone hole and the current combustion of biomass in forests of the Amazon region influence the composition of the upper troposphere and lower stratosphere. For this, they will operate three of a total of 13 instruments on board of the HALO (high altitude and long-range) research aircraft. A central instrument is the GLORIA infrared spectrometer developed and constructed jointly by scientists of KIT and FZJ. It is the first instrument worldwide for three-dimensional tomographic measurements of the temperature, cloud parameters, and a number of trace gases in the atmosphere. It combines a camera of high spatial resolution with an infrared spectrometer that analyzes thermal radiation of the atmosphere and identifies various trace gases using their spectral “fingerprints.” Apart from GLORIA and the highly precise ozone instrument FAIRO, the newly developed KITsonde will be used for the first time: sensors will be dropped from up to 13 km altitude to measure temperature and moisture of the atmosphere. 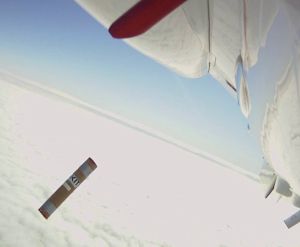 For the first time, the newly developed KITsonde will be used: sensors will be dropped from up to 13 km flight altitude to measure temperature and moisture of the atmosphere. (Photo: DLR)

In the Helmholtz blog “Expeditions,” scientists report about their SouthTRAC campaign: blogs.helmholtz.de/on-tour/category/southtrac

The HALO research aircraft is a joint initiative of German environmental and climate research institutions. HALO is funded by the Federal Ministry of Education and Research (BMBF), the German Research Foundation (DFG), the Helmholtz Association, the Max Planck Society (MPG), the Leibniz Association, the Free State of Bavaria, Karlsruhe Institute of Technology (KIT), Forschungszentrum Jülich (FZJ), and the German Aerospace Center (DLR).