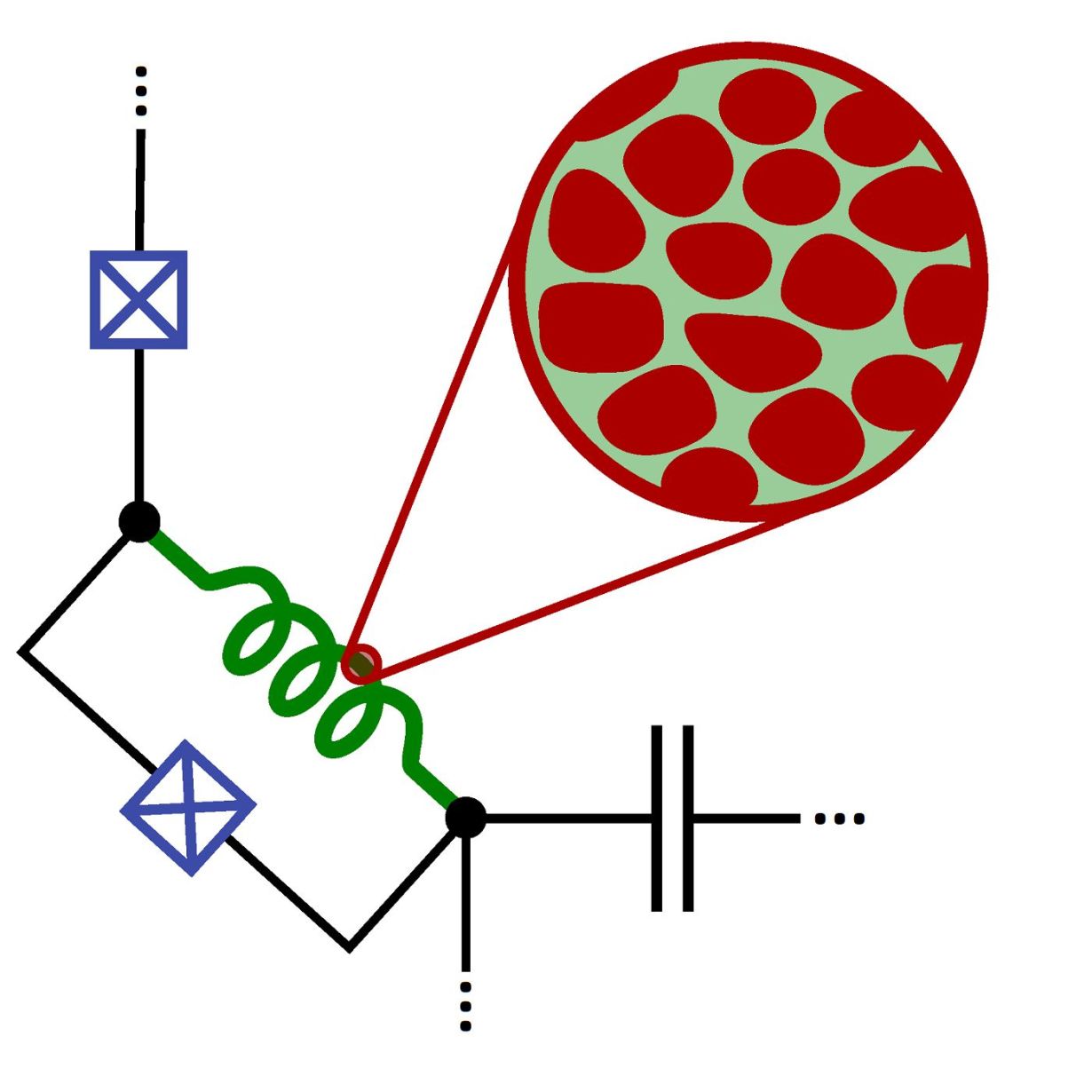 The fluxonium qubit containing granular Aluminum can remain in a state between "0" and "1" for a time of up to 30 microseconds (Fig. Ioan Pop, KIT)

Computers based on quantum mechanical principles can solve certain tasks particularly efficiently. Their information carriers, the so-called qubits, not only have the values "0" and "1", but also states in between, called superposition states. However, maintaining such a state is difficult. Scientists at the Karlsruhe Institute of Technology (KIT) have now used granular aluminum (nicknamed grAl) for qubits and have shown that this superconducting material has great potential to overcome the previous limits of quantum hardware. The researchers report in the journal Nature Materials (DOI: 10.1038 / s41563-019-0350-3).

Quantum computers are considered the computers of the future. You can in principle process large amounts of data much quicker than with current classical computers. While classical computers perform one step at a time, quantum computers can be regarded as taking many steps in parallel, in so-called quantum parallelism. The information carrier for the quantum computer is the quantum bit, qubit in short. For qubits not only the states "0" and "1" are relevant, but also the states in between, the quantum mechanical superposition of states. Their processing is done according to quantum mechanical principles, such as entanglement, which preserves instant correlations between qubit states to arbitrary long distances.
"Producing qubits that are small enough and that can be switched quickly enough to perform quantum calculations is a huge challenge," explains physicist Dr. Ioan Pop, Head of the Kinetic Inductance Quantum Systems research group at the Physics Institute (PHI) and KIT's Institute of Nanotechnology (INT). A promising option is superconducting circuits. Superconductors are materials that have no electrical resistance at extremely low temperatures, therefore they conduct electricity without losses. This is crucial in order to preserve the quantum states and to smoothly interconnect qubits, resulting in higher computing power. Big companies like IBM, Intel, Microsoft and Google are working to scale up superconducting quantum processors.

One major difficulty, however, is maintaining the quantum state. Interactions with the environment can lead to the decay of the quantum state, the so-called decoherence. The more qubits are used, the harder it is to maintain coherence. Researchers at the PHI, INT and IPE of KIT and the National University for Research and Technology MISIS in Moscow have now used for the first time granular aluminum as superconducting material for high coherence qubits. As the scientists report in the journal Nature Materials, they measured a grAl fluxonium qubit with coherence time of up to 30 microseconds - this is the time in which the qubit can remain in a state between "0" and " 1 ". This time may sound short, but it is actually encouragingly long compared with the typical 0.01 microsecond time required for the qubit operation. "Our results show that granular Aluminum can open avenues of research for a new class of complex qubit designs and help overcome the current limitations of quantum computing," explains Dr. Ioan Pop from the KIT.