Climate Goals of the Paris Agreement: Impact of Land Use 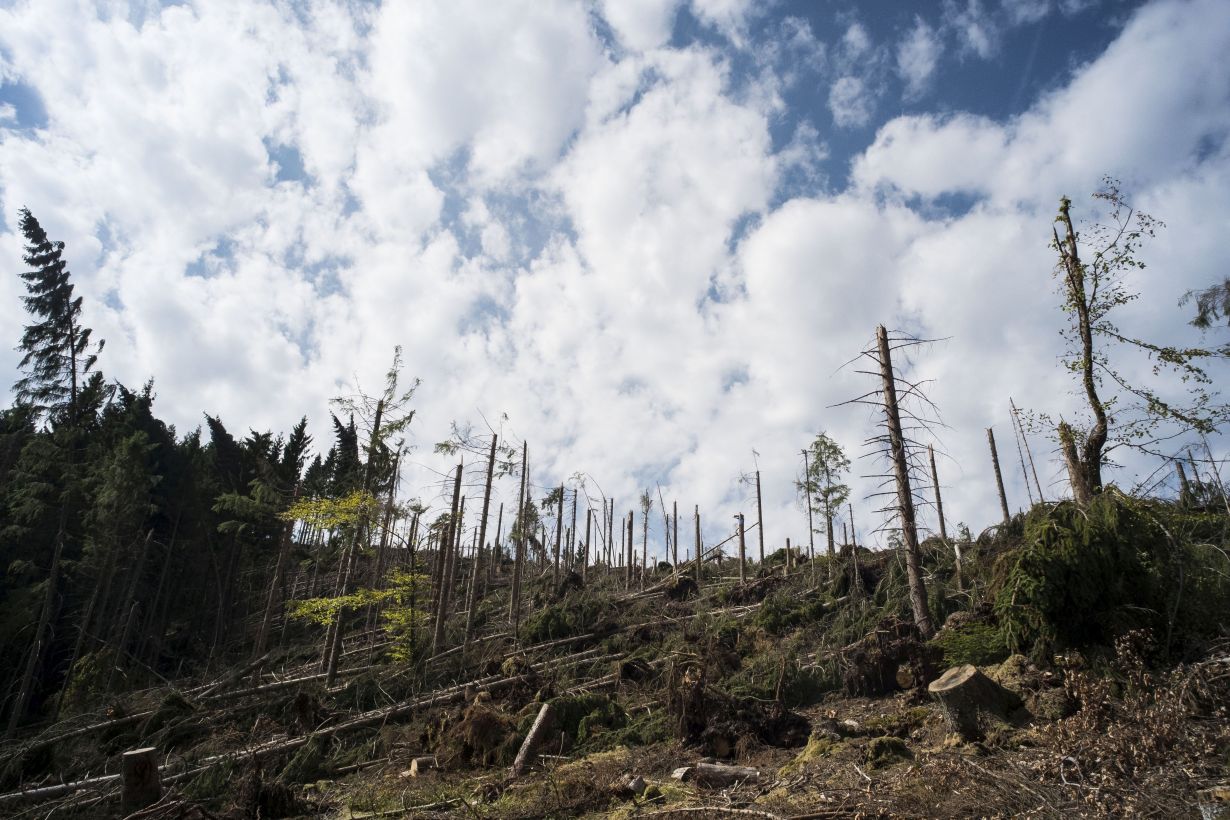 Significantly less than two degrees Celsius above pre-industrial times – this is the temperature to which global warming should be limited, according to the Paris Climate Agreement. However, a recent special report of the IPCC shows that the global temperature has already increased by one degree Celsius. In a study, a research team from the Karlsruhe Institute of Technology (KIT) and the University of Edinburgh showed that previous efforts to reduce greenhouse gases through human land use are insufficient. Their findings are presented in the journal Nature Climate Change (DOI: https://doi.org/10.1038/s41558-019-0400-5).

“A quarter of anthropogenic greenhouse gases come from land use and the associated massive depletion of natural carbon sinks,” says Dr. Calum Brown from the Institute for Meteorology and Climate Research - Atmospheric Environmental Research (IMK-IFU), KIT’s Campus Alpine. Fewer forests due to deforestation as well as intensive farming and pastoral agriculture are equally contributing to climate change, as fossil power plants and internal combustion engines. “Whether we achieve the climate goals of the Paris Agreement will depend heavily on our ability to establish fundamental, sustainable changes in the land use system.” Together with the University of Edinburgh, KIT has examined how countries that signed the Paris Agreement plan, introduce and implement appropriate actions, and what impact these could have on climate change.

“Our study shows that if we want to meet the climate goals, we need to find quick, yet realistic solutions to sustainably change human land use,” says Brown. So far, about 197 countries have prepared Nationally Determined Contributions (NDCs). The most common actions are aimed at significantly reducing deforestation, afforesting large areas and reducing greenhouse gases from agriculture. For example, India and China want to reforest an area of up to 40 million hectares over the next few years. “Forests store large amounts of carbon dioxide from the air and can thus reduce the greenhouse gases from agriculture,” says Brown.

“These plans could remove up to 25 percent of greenhouse gases that are caused by human actions every year,” Brown says. “However, it often takes decades for changes to manifest themselves - far too long to slow down climate change as required.” In addition, there is no binding framework for NDCs: they are not required to be demonstrably achievable, and in most cases have no defined plan of implementation. “This is perhaps the biggest threat to reaching the 1.5 degree target,” says Brown. “The timeframe of the climate agreement transcends the short-term nature of political decisions.” Often, NDCs cannot take effect because when policymakers change, they often abandon or withdraw concrete measures against global warming. A recent example of this is the planned US withdrawal from the Paris Agreement.

Economic interests can also shift national political goals. Factors like the cultivation of oil palm trees is leading to a renewed increase cutting of tropical forests. Deforestation has increased by 29 percent in Brazil and even by 44 percent in Colombia. “The figures are in stark contrast to the fact that many countries wanted to reduce their deforestation due to the Climate Agreement,” said Brown. “This suggests that many plans to mitigate the impact of the land-use system were unrealistic from the beginning.” So far, there has been little to no progress, and in some cases the situation has even worsened over the past three years: “The global carbon dioxide emissions have risen again in 2017 and 2018, after previously declining.”

Unrealistic goals, political developments and mistakes in implementation influence the success of previous NDCs. Here, empirical studies and case studies in particular could help: “They take time delays in finding and implementing political decisions into account and can help to find realistic measures,” says Brown. An important point here is the willingness of local people to introduce innovation in technologies, agriculture or politics. “Plans to reduce the impact of anthropogenic land use on climate change should therefore always provide clear, obvious and immediate benefits for farmers, smallholders and foresters, as they can actively change land use in a sustainable way.”

KIT press release on the reforestation plans of China and India:
https://www.kit.edu/kit/english/pi_2019_019_china-and-india-lead-in-greening-of-the-world.php