China and India Lead in Greening of the World 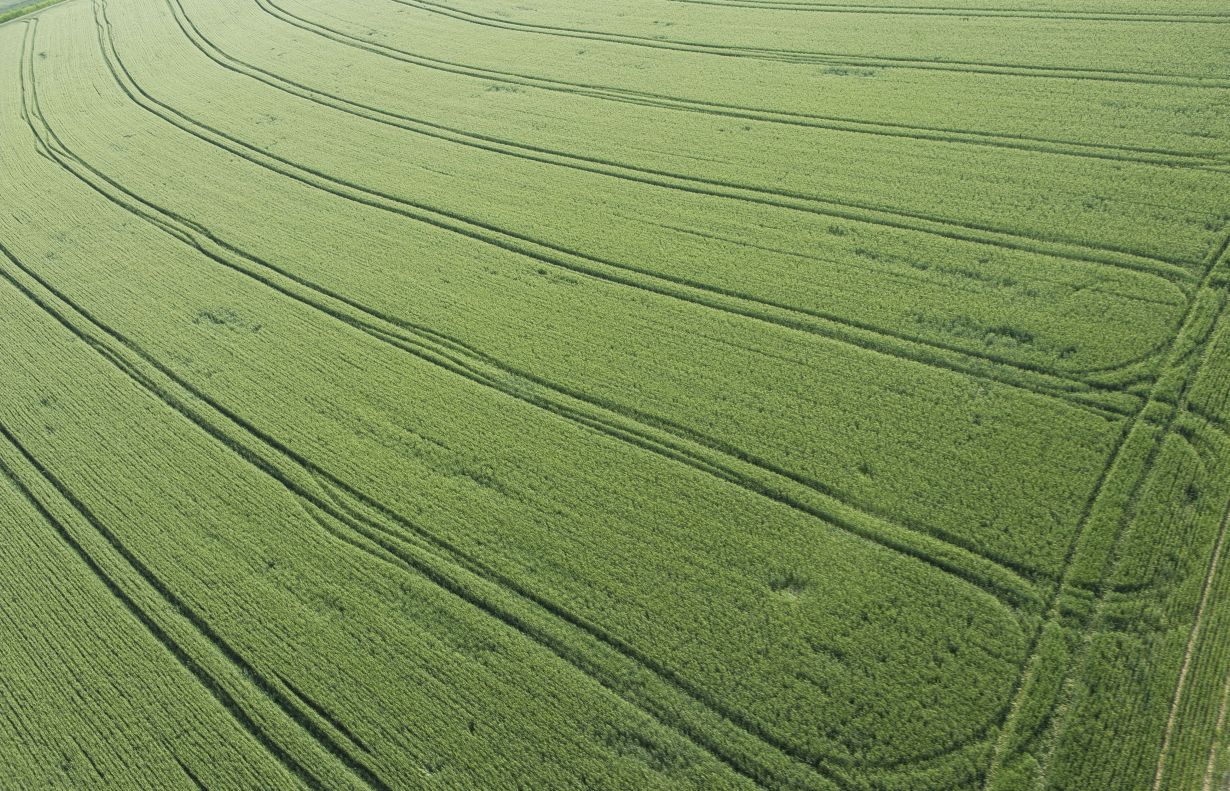 Mixed blessing: the growing global greening is due to increases in agricultural yields – which need fertilization and increased irrigation. (Photo: Markus Breig, KIT)

The Earth is getting greener – and the dominant driver of the increasing leaf area of vegetation and biomass, which has been observed for decades now, is man-made intensive agriculture and forestry. This is the result of an international team of researchers also from Karlsruhe Institute of Technology (KIT), who evaluated high-resolution satellite images of the Earth. Their study “China and India Lead in Greening of the World through Land-use Management” is now published in Nature Sustainability (DOI: 10.1038/s41893-019-0220-7).

China’s and India’s shares in the greening of the world amounts to about one third, although both threshold countries cover about nine percent of the global vegetation area only. This is the result of an evaluation of high-quality NASA satellite data. “For 18 years now, we have measured vegetation on Earth by means of satellite-based remote sensing. Satellite sensors enabled us to monitor the Earth with a spatial resolution of 500 m over this period,” says Dr. Richard Fuchs of the Atmospheric Environmental Research Division of KIT’s Institute of Meteorology and Climate Research (IMK-IFU) in Garmisch-Partenkirchen, KIT’s Campus Alpine. The geographer and co-author of the study mainly analyzes global patterns, causes, and environmental consequences of intensification of agriculture.

It has long been known that the world is getting greener. “So far, increased concentration of the greenhouse gas carbon dioxide (CO2) in the atmosphere has been assumed to stimulate plant growth. But in this case, greening of the globe would have to be more homogeneous,” Fuchs explains. Latest satellite data from the years 2000 to 2017, however, revealed greening patterns that are strikingly prominent in cultivation and forest areas in China and In-dia, but also in Europe.

Greening Is a Mixed Blessing

Since the early 2000s, agricultural areas in China and India have remained about the same. Still, production of food, such as crop, vegetable, and fruit has grown by about 35 to 40 percent since 2000 in these most densely populated countries worldwide. “This increase in yield has to be attributed to the increased use of fertilizers and enhanced irrigation,” Fuchs says. As regards to the effects of ferti-lizers e.g. on water quality, the scientist points out that greening is a mixed blessing. Supply of the plants with potassium, nitrogen, and phosphorus increases the biomass volume and enables several harvests per year. The countries thus decisively contribute to secur-ing food supply of global population. However, overfertilization still is immense in nearly all agricultural regions of the world, the result being environmental pollution. Moreover, China is presently carrying out its ambitious “great green wall” project to stop desertification.

“For long years, it has been impossible to determine anthropogenic influence. Now, we know better which important influence humans have on climate as a result of their strong interference with nature,” Fuchs says. When considered in models, these findings may con-tribute to a better understanding of processes of the climate sys-tem.

The study was carried out by scientists from the US, China, India, France, Denmark, Norway, and Germany. Some of them also are authors of reports of the Intergovernmental Panel on Climate Change. “In this way, our fundamental research is incorporated in science-based decision-making of politics,” Fuchs emphasizes.