Excellence Strategy: KIT Is Successful with Two Clusters of Excellence 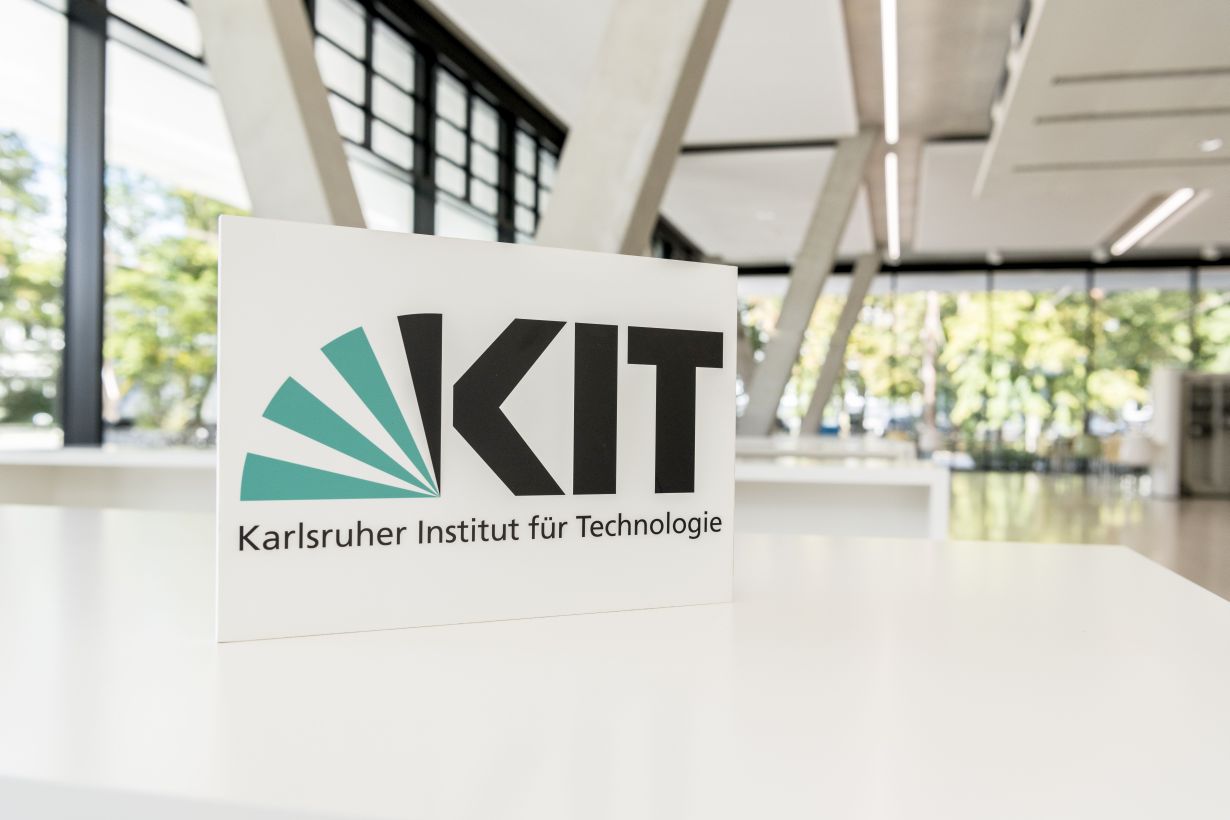 Karlsruhe Institute of Technology (KIT) has successfully acquired funding for two clusters of excellence within the Excellence Strategy launched by the federal and state governments. The Excellence Commission has agreed to fund KIT’s proposals in the area of energy research and materials science for a period of seven years. Today, the cluster decisions were announced in Bonn by the Federal Minister of Education and Research and Chairperson of the Joint Science Conference (GWK), Anja Karliczek, and the Bremen Science Senator and Deputy GWK Chairperson, Professor Eva Quante-Brandt.

“We have convinced the experts in the final selection round for the clusters of excellence with two of our proposals. This is a great success for the scientists involved and for the KIT. I cordially congratulate the spokespersons and all participating scientists of both clusters. This result allows us to further compete for the title of University of Excellence,” says the President of KIT, Professor Holger Hanselka. “In December, we will submit our proposal for the second funding line. Then, the best universities will take part – the competition will be accordingly hard.”

“The decision of the Excellence Commission shows that KIT is very well positioned with its researchers,” Professor Oliver Kraft, KIT Vice President for Research, emphasizes. “Today’s success also is a confirmation of our excellent interdisciplinary cooperation. We would like to thank the scientists as well as the supporting service units for their outstanding commitment. On this basis, we will be able to take part in the further competition in a highly motivated and determined way.” 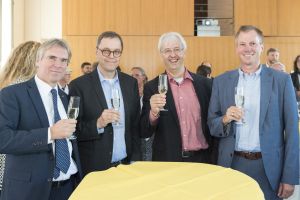 In future, the following clusters of excellence will be funded at KIT:

The “3D Matter Made to Order” Cluster of Excellence of KIT and Heidelberg University pursues a highly interdisciplinary approach combining natural and engineering sciences. The Cluster concentrates on three-dimensional additive manufacturing techniques, from the molecular level to macroscopic dimensions. Its vision is the ultimate digitization of 3D manufacturing and material processing. These methods are to be used to produce components and systems by nanoprinting at maximum process speed and resolution for novel applications in materials and life sciences. The Cluster will also receive funding from the Carl Zeiss Foundation. 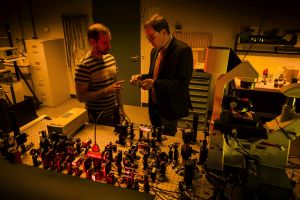 Customized in three dimensions: for the further development of three-dimensional manufacturing techniques, the cluster pools the know-how of natural and engineering sciences. (Photo: Markus Breig, KIT)

Energy Storage beyond Lithium – New Concepts for a Sustainable Future

Successful implementation of the energy transition requires new materials and technologies for the storage of electric energy. The “Energy Storage beyond Lithium” Cluster of Excellence of KIT and Ulm University pursues a multidisciplinary approach with electrochemists, materials scientists, theoretical modelers, and engineers being involved. The central objective of the Cluster is to develop fundamental understanding of electrochemical energy storage in novel systems, to combine fundamental material properties with critical performance parameters, and to establish the basis for practical application of post-lithium technologies. The Center for Solar Energy and Hydrogen Research Baden-Württemberg (ZSW) and Gießen University are further partners of this Cluster. 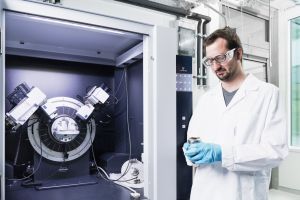 Innovative storage materials and technologies are major prerequisites for the success of the energy transition. (Photo: Amadeus Bramsiepe, KIT)

In total, KIT submitted four full proposals in this round. Preparation of these proposals was supported by the State Science Minister Theresia Bauer and her ministry.

In the “Clusters of Excellence” funding line, 40 German universities submitted 88 proposals. Of these, 57 have been selected for funding by the Excellence Commission. The funding available in this line totals about EUR 385 million per year. Clusters of Excellence can be funded with EUR 3 to 10 million annually, initially for a period of seven years. Funding will start on January 01, 2019. As from 2026, a second funding period of seven years may be possible.

The submission deadline for the second funding line is December 10, 2018. The decision of funding the proposals relating to the universities of excellence will be made on July 19, 2019. Funding will start on November 01, 2019.

Excellence Strategy of the Federal and State Governments

The aim of the Excellence Strategy is to strengthen Germany’s position as an outstanding place for research in the long term and further improve its international competitiveness. It continues the development of German universities successfully begun with the Excellence Initiative of 2005 by supporting research of the highest standard, enhancing research profiles, and facilitating cooperation in the research system.