KIT Senate Confirms the Decision of the Supervisory Board – Goal for Second Term in Office: Fully Exploiting KIT's Pioneering Role in the National and European Competition 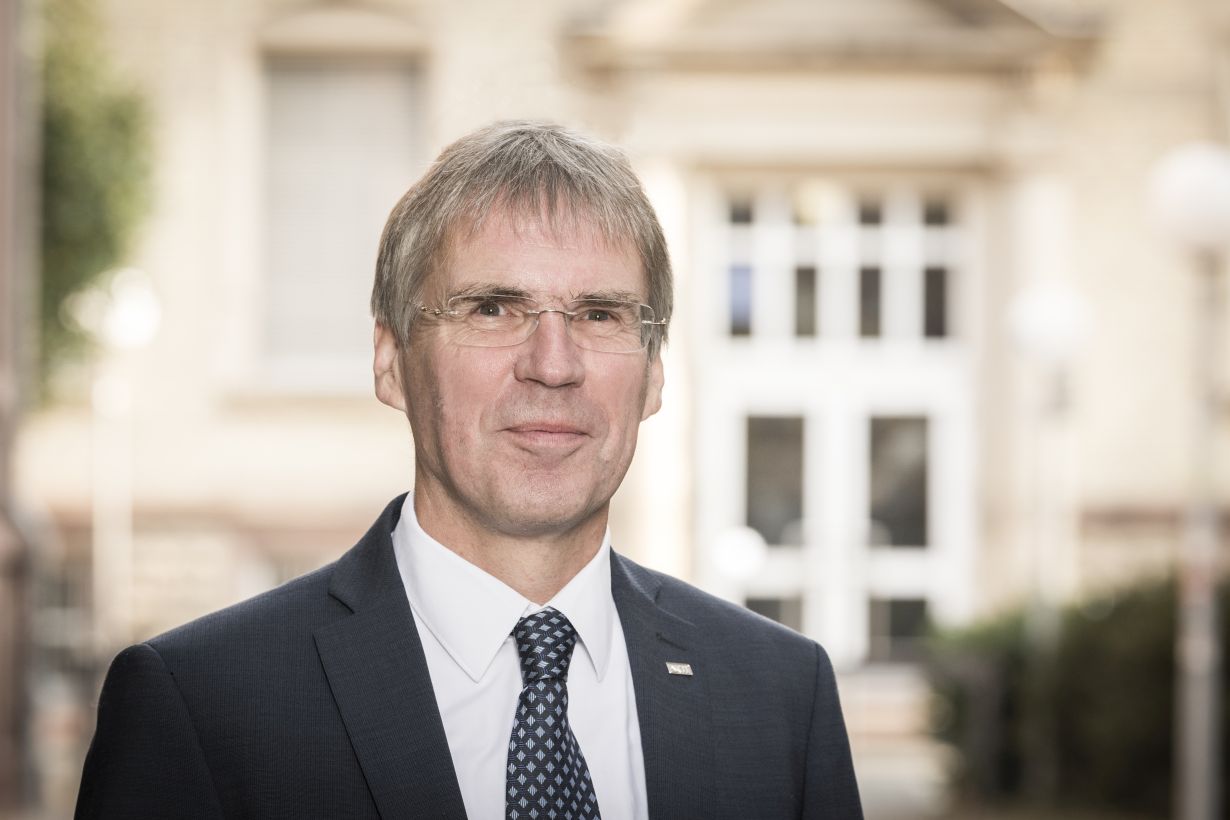 Holger Hanselka will head the Karlsruhe Institute of Technology (KIT) for another six years. Today, the KIT Senate confirmed the unanimous vote of the Supervisory Board with a very large majority. The 56-year-old mechanical engineer has been heading KIT since 2013. In his first term in office, he strategically aligned research, teaching, and innovation, structurally further developed the KIT, and with top-class appointments of internationally renowned scientists and important cooperation partners mapped out the path for the coming years. In his  pioneering role and with the support of the federal and state governments, Hanselka in his second term in office intends to take 'The Research University in the Helmholtz Association' to a new level in order to fully exploit the synergies of this institution, which is unique in Germany.

Federal Minister of Education and Research Anja Karliczek says: "The KIT Senate’s confirmation of Professor Hanselka deserving another term as President of KIT is a positive signal. With his personality and his outstanding expertise in the higher-education and research landscape, he is an asset for the KIT. I am convinced that the German government and the states of Baden-Württemberg and Bavaria that are involved in the KIT will successfully shape the further development of KIT together with him in the coming years."

Chairperson of the Supervisory Board Professor Renate Schubert emphasizes: "The Supervisory Board unanimously re-elected Professor Holger Hanselka as President of the KIT. During his first term in office, Holger Hanselka has steered the KIT in the right strategic direction and further merged it into one unit. The very good results in the first hurdle of the Excellence Strategy, and the outstanding ratings in the program-oriented funding of the Helmholtz Association are proof of this. Professor Hanselka is the personality who will continue to successfully position KIT nationally and internationally. We look forward to further cooperation!"

"I would like to thank the Supervisory Board and the KIT Senate for their trust," says KIT President Professor Holger Hanselka and adds: "I would also like to thank my colleagues from the Presidential Committee as well as from science and administration. For me, the re-election is confirmation that we are on the right track together. By joining forces, we will successfully further develop KIT as 'The Research University in the Helmholtz Association' over the next few years."

Hanselka's goal for the coming term in office is to work together with the federal and state governments to increase KIT's opportunities to use the funds made available for science in a targeted manner. An important objective is the consistent possibility of involving all scientists in program-oriented research in the Helmholtz Association. In teaching, the flexible integration of all scientists under the same framework conditions is intended to create excellent conditions of mentoring and supervision for students compared to the rest of Germany. All in all, KIT's innovative strength can thus be strengthened for the benefit of society. "With the support of politicians at federal and state level, I want to use the pioneering role of KIT even more to create a unique environment for research, teaching, and innovation," emphasizes President Hanselka.

With four cluster proposals, KIT is currently in the final round of the Excellence Strategy. In the program-oriented funding of the Helmholtz Association, more than 100 international experts have given the KIT excellent marks. KIT also regularly receives good results in rankings: In the most recent NTU ranking, which is an international ranking of the National Taiwan University (NTU) based on publication data, the KIT was ranked best German university in the natural and engineering sciences Link. In the current Shanghai ranking, KIT achieved top results and was among the 100 best universities in the world in 13 subjects Link.

In the founding radar of the Stifterverband, KIT currently ranks second among German universities. Strategic partnerships, among others with global companies such as ZEISS and Bosch, ensure that research results quickly lead to marketable products in order to advance society's major projects such as the energy revolution. For example, KIT coordinates the Copernicus project ENSURE of the Federal Ministry of Education and Research in order to develop and test efficient and forward-looking structures for central and decentralized energy supply together with partners from industry to identify scenarios for future energy supply. With a current third-party funding ratio of almost 40 percent of the annual budget of 900 million euros, the KIT is very successful in attracting third-party funding from the public sector and from industry.

KIT was able to successfully recruit nine new tenure-track professorships in the federal-state program for the promotion of young researchers. Programs such as the Alexander von Humboldt Professorship or the Helmholtz Recruitment Initiative have brought renowned scientists from abroad to Karlsruhe in recent years. Today, more than 1000 foreign scientists research and teach at KIT.

Professor Holger Hanselka was born in 1961. He studied mechanical engineering at Clausthal University of Technology. In 1988, he joined the German Aerospace Center (DLR) as a research assistant, specializing in lightweight construction and fiber composites. After a professorship at Otto-von-Guericke University in Magdeburg, he was appointed Director of the Fraunhofer Institute for Structural Durability and System Reliability and Head of the Institute for System Reliability and Machine Acoustics at TU Darmstadt in 2001. From 2006 to 2012, Hanselka was a member of the Presidential Council of the Fraunhofer Gesellschaft and held the office of Vice President of TU Darmstadt from 2010 until he moved to Karlsruhe. Professor Hanselka is an expert in knowledge and technology transfer, in cooperation between science and industry, and in company spin-offs. In 2000, he was awarded the Science Prize of the Stifterverband for a BMBF lead project.

Holger Hanselka is a member of the German Academy of Engineering Sciences acatech. As Vice President, he heads the Energy Research Division of the Helmholtz Association. He is member of the steering committee of the Learning Systems Platform of the Federal Ministry of Education and Research, and is Vice President of the German Federation of Industrial Research Associations (AiF).

Hanselka's first term as President of KIT ends on September 30, 2019. Due to his re-election, he will head the Karlsruhe research institution through September 30, 2025.