KIT’s Supercomputer Is Excellent in All Respects 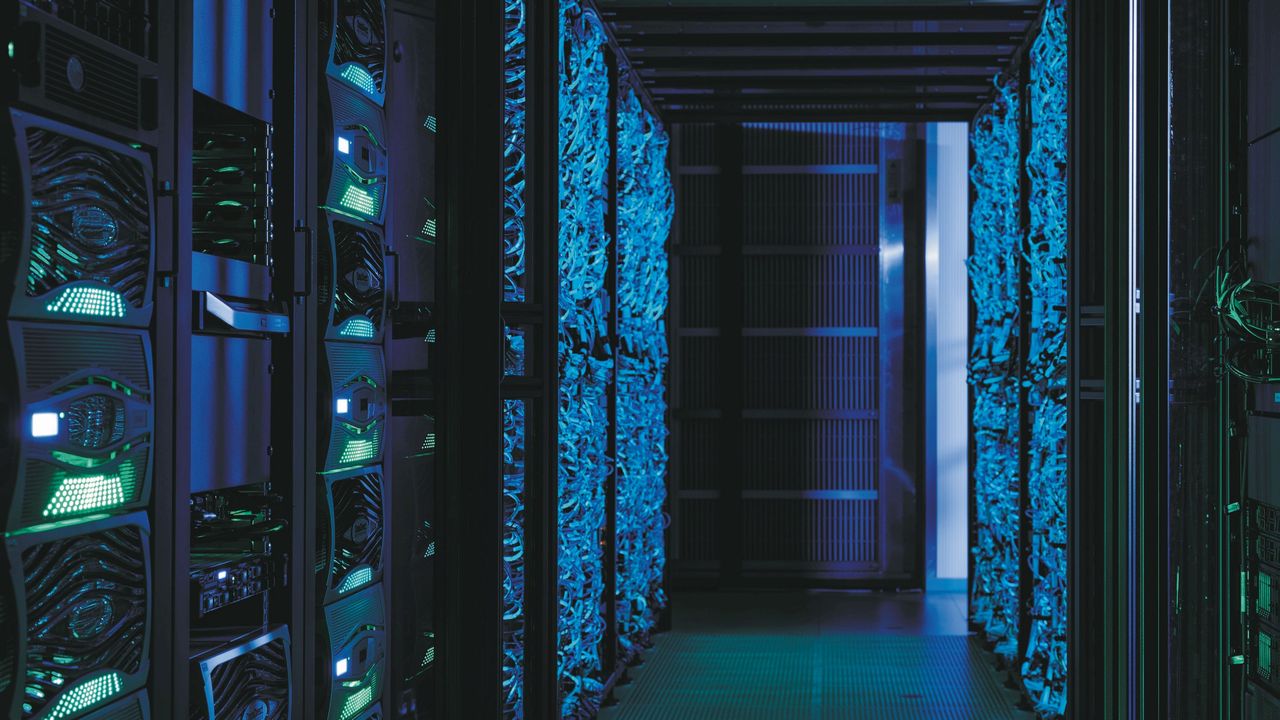 The new supercomputer of Karlsruhe Institute of Technology (KIT) not only is very fast, but also very economical. The high-performance computer ForHLR II that started operation last year has now reached the first place in the German Computing Center Prize category of “Newly built energy- and resource-efficient computing centers”. It has more than 24,000 processor cores and is equipped with a highly energy-efficient cooling system. The costs of the computer amounted to EUR 26 million.

The project was funded by the state of Baden-Württemberg and the Federal Republic of Germany at equal shares: “ForHLR II plays an important role in our state’s strategy for supercomputing. And, of course, I am very pleased that it is a green product. It is another example of performance being compatible with resource efficiency,” Baden-Württemberg Minister of Science, Theresia Bauer, says.

“Whoever wants to be at the cutting edge of international research needs highest computing and storage capacity,” the President of KIT, Professor Holger Hanselka, says. “Here, highest computing capacity and latest visualization technology for modern simulation methods are combined with a very small energy consumption in line with the strategy of KIT. This reflects our strength of research in the society’s relevant areas of demand.”

“Without the support by the Ministry for Science, Research, and the Arts and the Minister herself, it would have been impossible to make energy efficiency a focus of the project,” says Professor Bernhard Neumair, Director of the Steinbuch Centre for Computing (SCC). Operation of the high-performance computer is integrated perfectly into KIT’s energy supply concept based on co-generation.

Science today produces strongly increasing data volumes that do not only have to be processed and stored, but also visualized. Researchers from all over Germany can use ForHLR II, a petaflop system with more than 1,170 nodes, more than 24,000 processor cores, and 75 terabytes of main memory. One petaflop corresponds to one quadrillion computing operations per second. ForHLR II’s capacity exceeds that of ForHLR I that started operation in 2014 by a factor of 2.5.

The new computing center building is equipped with latest technology for highly energy-efficient warm water cooling up to 45°C. During the cold season, the waste heat of the system is used to heat the office building. All through the year, reliable cooling of all hot system components is ensured. The system does not need any energy-intensive additional cooling machines. For components that still require classical cold air cooling, a district cooling network based on trigeneration is being established at Campus North of KIT. As a result, economic and environmental efficiency will be even more increased.

According to Professor Rudolf Lohner of SCC, design of an environmentally efficient cooling system in one of the warmest areas of Germany was a particular challenge. Lohner accompanied the project from the start through to implementation and coordinated it in the final phase. So-called wet coolers, in which water evaporates on the surface of cooling elements and cools the content, are not suited due to their high maintenance expenditure during pollen flight and their susceptibility to bacteria colonization. “Hence, we had to use dry coolers.” Their small cooling capacity was compensated by the size of construction Lohner points out that many aspects associated with the planning and building of such a complex computing center were mastered in close cooperation with partners and other units of KIT only. “This highest recognition of our successful project by a Germany-wide expert panel reflects the successful growing together of KIT and use of the synergies produced,” he thinks.

The German Computing Center Prize is granted every year at Germany’s biggest computing center congress future thinking. This year, it took place in Darmstadt on April 25 and 26.