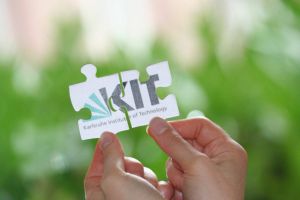 According to the draft KIT Further Development Act (KITWG), KIT shall presumably be given the capacity of an employer from January 01, 2013. In constructive negotiations, the Association of Employers in the Public Service Sector of the State of Baden-Württemberg and the Services Trade Union ver.di have now agreed on two new collective agreements for KIT: The first collective agreement protects the rights of all employees of the former Forschungszentrum Karlsruhe after transition to the state of Baden-Württemberg as employer in 2009. The second collective agreement is required due to the KITWG and shall protect the rights of the employees after their transition from the state to KIT as an employer.

The Baden-Württemberg Minister of Science, Theresia Bauer, appreciates the result: “Big success of KIT is unimaginable without the commitment of the employees. I think that it is very important to consider their needs and to protect their rights during further development of KIT. This has now been achieved reliably.”

The collective amendment agreement relating to the KIT collective transition agreement (ÜLTV-KIT) became effective on December 01 this year. It permanently protects the rights of those employees, who were employed by the former Forschungszentrum Karlsruhe GmbH according to the collective agreement for the public service sector (TVöD) prior to the foundation of KIT in 2009. Moreover, the new collective agreement permanently excludes enforced redundancies due to the merger of the Forschungszentrum with Universität Karlsruhe. In addition, it allows for an improvement of the payment of need-tailored salaries to the employees of the Fire Department as well as for equal performance-oriented payments to the employees employed under the TVöD for a term of three years. Within these three years, a new company agreement on the performance-oriented payment will have to be set up.

The second collective agreement, ÜLTV-Weiterentwicklung-KIT, will enter into force on December 31, 2012. It shall protect the vested rights of the employees of KIT and trainees of the state of Baden-Württemberg when KIT will be given the capacity of an employer. This transition of employees is envisaged to take place on January 01, 2013. The collective agreement shall protect the existing rights and collectively agreed work conditions of the employees. Both bargaining partners have agreed that there will be no enforced redundancies as a result of KIT having the capacity of an employer. Traditionally, enforced redundancies never played any role at KIT and its precursory institutions, not even when the Forschungszentrum merged with Universität Karlsruhe in 2009.

Upon the completion of the current approval procedure, the collective agreements are expected to be signed this year.

Together with the Baden-Württemberg Ministries of Finance and Science, the Human Resources Service Unit of KIT and the KIT ver.di group were involved in developing this solution for the transition of the employees to the second phase of KIT. Moreover, both bargaining parties, the Presidential Committee, and the Staff Council have agreed on undertaking all efforts necessary to protect and create  jobs at KIT in the future. The Presidential Committee and Staff Council thank all parties for their support of the further development of collective agreements for KIT.