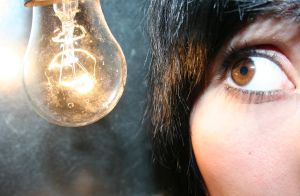 For the eighth time now, the Karlsruhe Soroptimist Club grants the Erna Scheffler Sponsorship Award to young women at KIT for excellent scientific achievements. The award is named after the first female judge at the Federal Constitutional Court in Germany, Dr. Erna Scheffler, who emphatically spoke up for equal opportunities of women. This year, the award goes to the particle physicist Dr. Jennifer Girrbach and to the biologist Christina Gottselig. Journalists are cordially invited to come to the awards ceremony on Friday, May 27, 17 hrs, at the Federal Constitutional Court.

The award that is granted every two years, is split up into an award in the amount of EUR 4000 for a Ph. D. thesis and an award in the amount of EUR 1000 for a diploma thesis. The Ph. D. thesis award goes to Dr. Jennifer Girrbach for her thesis written at the KIT Institute for Theoretical Particle Physics, in which she studies a so-called supersymmetric grand unified model. This model extends the standard model of particle physics that mathematically describes all experimental data on fundamental forces of nature, but leaves some questions open. Supersymmetric unified models can bring the different natural forces together and explain the nature of the dark matter that surrounds us in the universe. Three families of components of matter are distinguished. Particles of the first family, including the two types of quarks in atomic nuclei and the electron, form stable matter, of which we are made up and that surrounds us on Earth. The second and third families consist of heavier copies of these particles that can be generated in the laboratory. The decays of these particles into their lighter partners furnish experimental evidence of supersymmetry and grand unification. The heavy relatives of the electron are named muon and tau lepton. Under emission of a light particle, a tau-lepton may decay into a muon or a muon into an electron, for instance. Girrbach has calculated how often such decays may occur, if the idea of supersymmetric unified theories would be real.

The diploma thesis award goes to Christina Gottselig for her thesis written at the Chair of Biochemistry and KIT Institute for Biological Interfaces (IBG-2). Her thesis focuses on Tat translocase, a transport system, by means of which bacteria can transport large folded proteins through the membrane to the outside. During this process, the small subunit TatA forms a pore. If it is succeeded in identifying the structure of this translocation pore and, hence, the exact transport mechanism, the translocation apparatus might be used as a point of attack of new antimicrobial medicine. To study the formation of the TatA pore in the membrane, Christina Gottselig produced various TatA protein mutants by genetic engineering and introduced cysteine building blocks at certain points. Depending on their positions, they are to cause the protein to interloop, to link to a neighbor, or to couple to a fluorescent dye.

The Karlsruhe Soroptimist Club belongs to Soroptimist International (SI), the largest international service organization of working women. SI was founded in Oakland, California/USA, in 1921 and today has about 100,000 members in 125 countries worldwide. Presently, 195 service clubs with more than 5700 active members exist in Germany. Soroptimists are committed to the legal, social, and professional status of women. The name comes from the Latin “sorores ad optimum“ and means “sisters wishing the best”. In Karlsruhe, the Soroptimist Club has been existing since 1963. The founding president was Dr. Erna Scheffler. Today, the club has about 40 members working in different professions.

Important: For reasons of security, it is required to register for the awards ceremony at the Federal Constitutional Court under
protokollXic9∂bundesverfassungsgericht de. Kindly bring along your identity card for the entry control by the Federal Police.