KIT Counseling of Politicians – A Story of Success

20 Years Office of Technology Assessment at the German Bundestag 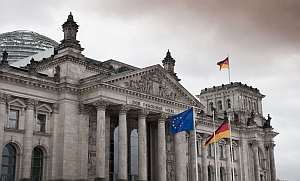 Among the scientific institutions that advise politics, the Office of Technology Assessment at the German Bundestag (TAB) run by KIT is an important institution. Founded in 1990, TAB can now look back on twenty years of successful counseling of politics in major issues of scientific-technical change. On this occasion, the Federal Parliament will organize a public ceremony with high-ranking representatives of politics and science tomorrow, Wednesday, September 29, 2010.

So far, TAB scientists have submitted about 150 technology reports. Among the subjects covered recently were “Gene Doping”, “Brain Research”, “Public Petitions on the Internet”, and “Individualized Medicine”. These reports represent the information basis for the expert committees of the federal parliament. They are discussed in the plenary hall and support the members of parliament in their political work in general. “TAB is a story of success,” summarizes Ulla Burchardt, MP and Chairwoman of the Parliament Committee on Education, Research, and Technology Assessment. In 2002 already did the Committee draw a “positive overall balance” of TAB’s work. A current evaluation confirms this judgment. The members of parliament use TAB reports and consider them to be helpful in their work. They also appreciate that TAB offers are based on the needs and in line with the parliamentary procedures.

Professor Armin Grunwald, Head of TAB and the KIT Institute for Technology Assessment and Systems Analysis, also underlines the sustainable effect of the counseling of politics by the KIT office. “For years, the number of inquiries by the committees has increased. This confirms that our work is appreciated by the federal parliament. In addition, our reports are received positively by the community, interest groups in society, and the general public. One reason certainly lies in the fact that TAB, in spite of its neighborhood to politics, processes and comments on current and controversial issues like “transgenic plants” or “CO2 separation and storage” in a balanced, scientifically founded, and understandable manner.”

On the occasion of the 20th anniversary of TAB, a public ceremony will be organized tomorrow, Wednesday, September 29, 15.00 hrs, at the German parliament (Foyer Paul-Löbe-House) under the heading of “20 Years of Scientific Advice - Technology Assessment at the German Bundestag”. After the opening address by the President of the Federal Parliament, Professor Norbert Lammert, the Chairwoman of the Committee on Education, Research, and Technology Assessment, Ulla Burchardt, and TAB Head, Professor Armin Grunwald (KIT), will speak about technology assessment as an institutionalized learning and communication process. Then, representatives of the parliamentary parties, Professor Regine Kollek, Professor Klaus Töpfer, Professor Ernst Ulrich von Weizsäcker, and Dr. Thomas Petermann (KIT), Deputy Head of TAB, will discuss the use of scientific counseling of politics. The discussion will be moderated by Professor Ortwin Renn from the University of Stuttgart.

The Office of Technology Assessment at the German Bundestag is an autonomous scientific institution that counsels the German federal parliament and its committees in issues relating to scientific-technical change. It is operated by the KIT Institute for Technology Assessment and Systems Analysis (ITAS). TAB cooperates with the Karlsruhe Fraunhofer Institute for Systems and Innovation Research. In the portfolio of Karlsruhe Institute of Technology, the activities of ITAS, including the Office of Technology Assessment, are assigned to the KIT “Humans and Technology” Focus. Research covers the interactions between humans and society, on the one hand, and science and engineering, on the other. Since 2005, ITAS has also been counseling the European parliament.