New Sensor to Increase the Number of Trains on the Route 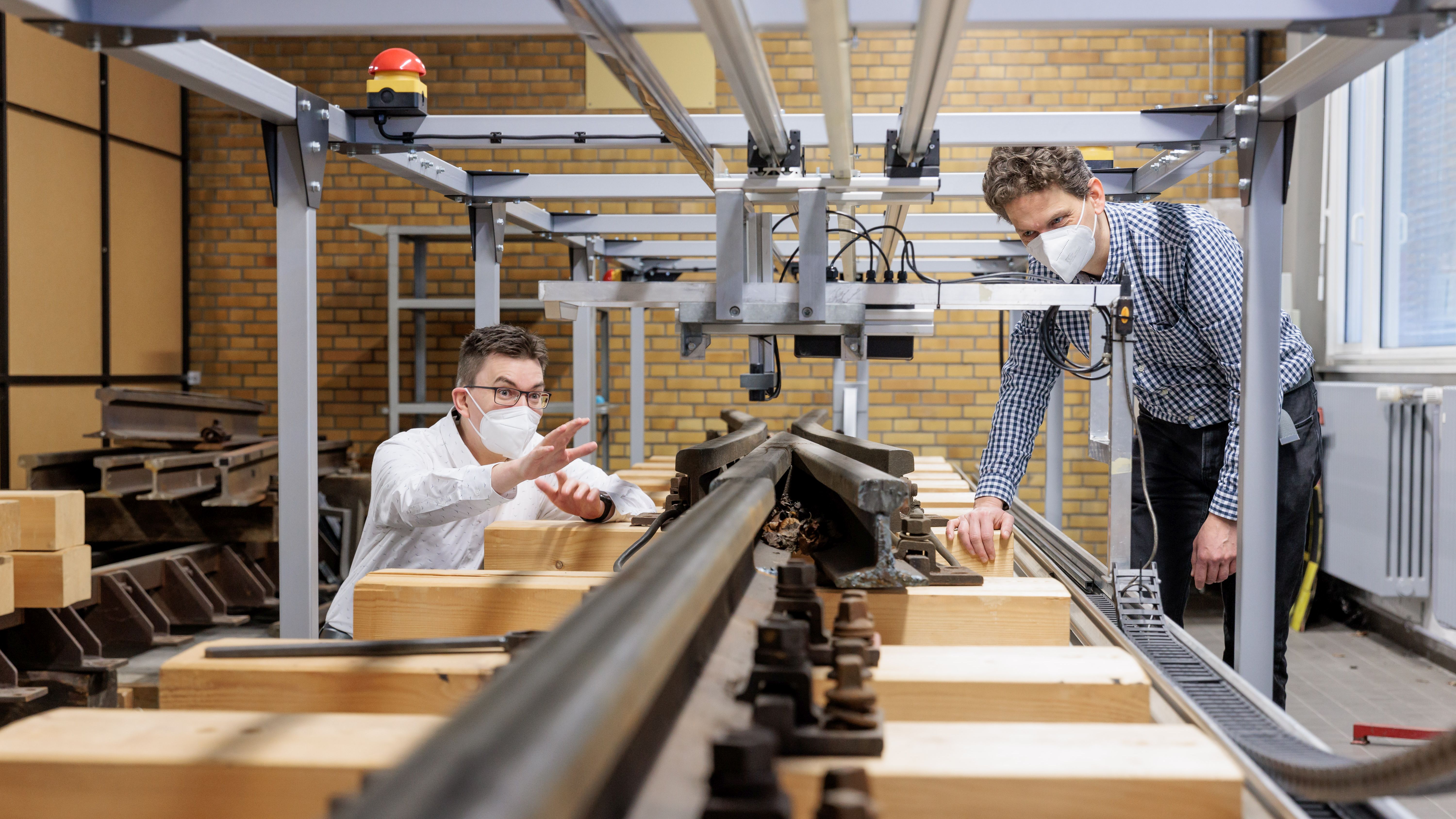 With the help of a sensor, researchers of KIT can determine the precise position of a train and make railway transport more efficient. (Photo: Bosch Zünder/Jan Potente)

Railway transport is deemed to be optimal to bring people or goods from one place to another in a climate-friendly manner. However, lacking capacities, frequent delays, and a partly unfavorable sequencing of trains lead to complaints by many train travelers. If the number of trains on the same track could be increased within a shorter period of time, many of these deficiencies might be reduced or even eliminated. Experts from Karlsruhe Institute of Technology (KIT) and ITK Engineering have now developed a sensor to precisely determine the positions of trains via an electromagnetic fingerprint. This may greatly increase the capacity of the existing railway network.

“When the position of a train on a track is determined more precisely and reliably, trains could pass a certain route section at shorter intervals and the capacity per track kilometer would be increased,” says Dr. Martin Lauer from KIT’s Institute of Measurement and Control (MRT). This is how the new Magnetic Railway Onboard Sensor (MAROS) works: “A metal railway track also has a type of fingerprint with highly individual marks,” Lauer explains. MAROS can recognize this fingerprint. “In this way, trains can be localized precisely and continuously,” says Tobias Hofbauer, Railway Technology Program Manager of ITK Engineering.

Great Advantages over Conventional Localization by GPS or Camera

“Attached to the vehicle’s undercarriage, the sensor measures an electromagnetic field that is influenced by the ferromagnetic materials of the rails and the materials used for fixing them. In particular, variations of the electromagnetic field are measured. In this way, an exact electromagnetic fingerprint can be allocated to every rail section,” Lauer explains. To allocate the fingerprint to an exact geographical position, a software backend and intelligent algorithms are required. “Every railway line must be measured at least once before these data can be superimposed on maps of the train route,” Hofbauer says. Then, every following train can be localized precisely.

Localization of Trains Precisely to the Track

Solutions that are currently used to determine the positions of trains have deficiencies the MAROS sensor does not have. Information carriers (balises) integrated in the rail are reliable, but expensive. Camera systems hardly work at night or during snowfall. GPS signals reach their limits in tunnels, mountain valleys, or street canyons. Moreover, they do not allow to reliably detect which of several neighboring tracks is used. “But this precise localization is required for railway operation and can be achieved with MAROS,” Lauer says. “Localization is more exact than ever, cheaper than other technologies, and can be used on all steel rails worldwide,” Hofbauer adds. “Extensive use of MAROS would increase the utilization of railway networks by 35 percent.”

Test drives have already been made on different routes near Vienna in Austria. The sensor was found to work well and is now planned to be commercially available by early 2025. The test results will be presented at the InnoTrans trade fair that will take place on September 20 to 23 in Berlin.