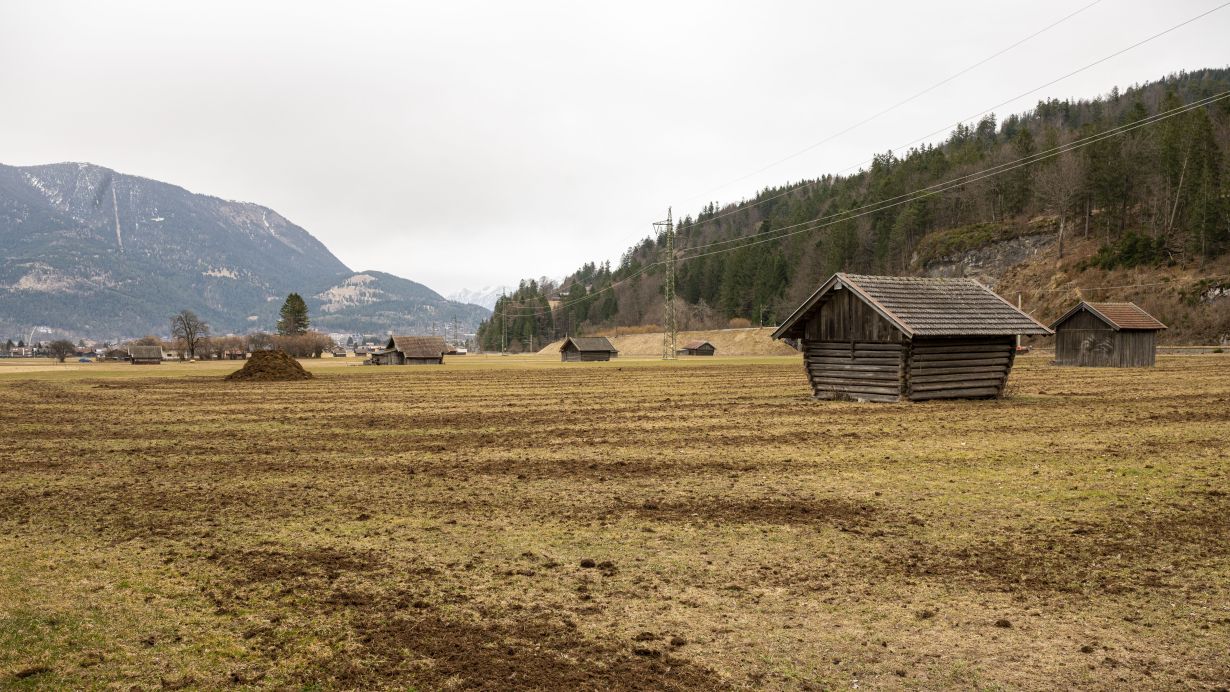 In Germany liquid manure is usually spread on fields or grasslands without pretreatment. The nitrogen it releases has a negative environmental impact. (Photo: Markus Breig, KIT)

Factory farming for meat production is harmful to the environment. In addition to its direct emissions of methane, its use of liquid manure releases climate-damaging nitrogen compounds such as ammonia and nitrous oxide into the atmosphere and pollutes the groundwater with nitrates. Researchers at the Karlsruhe Institute of Technology (KIT) have analyzed how the liquid manure produced by livestock farming, which is often used as fertilizer, affects its nitrogen footprint. They showed that the nitrogen pollution caused by liquid manure from the production of beef is three times higher than that for pork and eight times higher than that for poultry.

Large amounts of nitrogenous fertilizer and animal feed are used in agriculture. A substantial fraction of their nitrogen is released into the environment unused, for example when nitrates are leached from the soil or when livestock farming emits ammonia. “It’s well known that meat production has a very negative impact on the global nitrogen balance. But so far the nitrogen footprint calculator doesn’t show what share of that impact can be attributed to the amount of liquid manure it produces,” says Prantik Samanta, a PhD candidate in the Water Chemistry and Water Technology Department of KIT’s Engler-Bunte Institute. “At the same time, these quantities of nitrogen represent a huge loss of resources, because recovering nitrogen is very energy-intensive.” The amount of nitrogen released as pollution by the liquid manure resulting from beef, pork and poultry production – and lost as a raw material – has now been analyzed in a study by lead author Samanta and colleagues. They also calculated how much energy would be needed to process the liquid manure and recover nitrogen, which could then be made available for more targeted fertilizer use.

“We found that the lost nitrogen per kilo of meat can be directly calculated with a virtual nitrogen factor, VNF for short,” says Samanta. “The correlation between total nitrogen input and the resulting nitrogen loss per kilogram of meat produced is linear.” The VNF expresses the ratio of the nitrogen losses to the nitrogen content in the meat. The greatest losses occur in the liquid manure that needs to be disposed of or treated. The results show that beef production in most parts of the world has the biggest impact on the nitrogen footprint, with nitrogen losses three times higher than those for pork and eight times higher than those for poultry. The researchers attribute this to the higher feed requirements and high basal metabolic rates of cattle. They see the nitrogen losses from pork and poultry production as more likely due to poor conditions in which the animals are kept rather than to their feed and digestion.

In their analysis, the researchers also compared several countries. “Relative to the amount of meat consumed, Japan releases the most nitrogen, followed by Australia. That’s also because the values shift when countries export or import large amounts of feed and meat,” says Samanta. “As a result, the amount of liquid manure needing treatment per kilogram of meat is also highest in Japan.” Nitrogen losses due to meat production are lower in the United States and Europe, according to Samanta.

The researchers also calculated how much energy would be required to minimize the amount of nitrogen released into the environment. “When 1 kilogram of beef is produced, 140 grams of ammoniacal nitrogen remain in liquid manure from the cattle. To recover it, we need 7 kilowatt-hours of energy. By comparison, Germany’s per capita electricity consumption is about 29 kilowatt-hours per week,” says Samanta. For the treatment of 1 kilogram of pork or poultry manure, the required energy decreases considerably, to less than 3 or 0.8 kilowatt-hours, respectively.

“Our results clearly show how much energy would be needed for liquid manure treatment in order to reduce the overall nitrogen footprint,” says Samanta, adding that the amount of energy needed is not accounted for in pricing. “If it were, the price for meat would have to increase by 0.20 to 1.50 euros per kilo depending on the kind of meat.”