Researchers Have Linked Autonomous Machines So They Can Work Together to Solve Complex Problems; the Media Can Follow the Mission Online 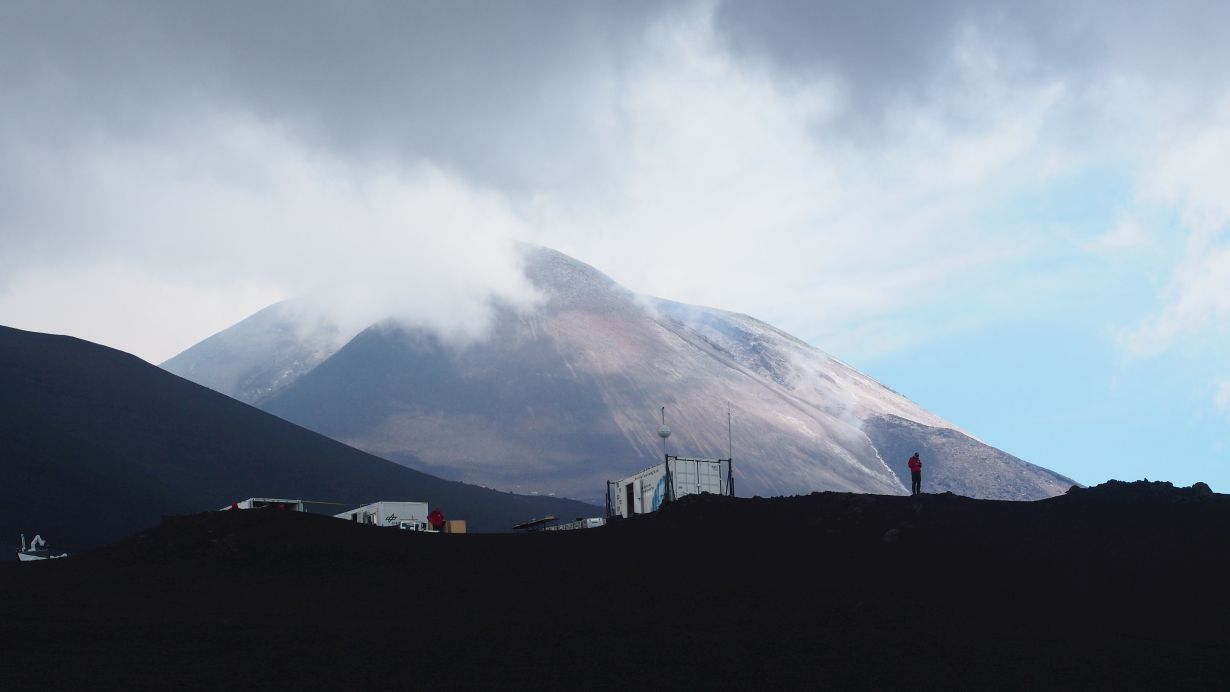 Conditions similar to those on the Moon or Mars can be found on Mt. Etna, where researchers are testing robotic swarms with which they plan to explore alien worlds in the future. (Photo: Sean Kille, KIT)

High-performance teams can reach goals where individuals fail despite outstanding skills. Scientists from Karlsruhe Institute of Technology (KIT) and other research institutes are applying this principle to robotics. In the future, they aim to explore unreachable places like the Moon or Mars with specialized teams of robots. In the Helmholtz Future Project ARCHES, such teams of robots work as “virtual arms and eyes” of humans. Now they are putting their abilities to the test during the “Space” demo mission on the Sicilian volcano Mt. Etna from June 28 to July 1, 2022.

The aim of ARCHES (which stands for Autonomous Robotic Networks to Help Modern Societies) is to assemble teams of interconnected robots that can independently set up equipment or take samples in hostile environments like Mars or the seafloor. Capabilities planned for the machines include grasping and manipulating objects previously unknown to them, adapting to changing surroundings, and assigning and coordinating tasks within the team. The tests in Sicily are intended to demonstrate what has been achieved so far. Etna’s volcanic landscape offers geological conditions similar to those on the Moon and Mars, making it a good test environment. The German Aerospace Center heads the ARCHES project and is coordinating the demo mission.

Researchers at KIT’s Institute for Control Systems (IRS) developed a robotic arm as a haptic human-machine interface. “It enables people and machines to jointly drive a rover across Etna’s volcanic landscape,” says Sean Kille of IRS. In addition, various robotic swarms, coordinated via planning algorithms or controlled by humans, will go on exploration missions. In a further mission, a humanoid hand developed at KIT’s Institute for Anthropomatics and Robotics will autonomously gather rock samples (GEO MISSION I).

Notice to the media: The media are invited to attend the Space demo mission online. Please register with Katja Lenz (Katja.Lenz@DLR.de) by Friday, June 24, 2022. You will receive a link to the video conference system with details about the schedule. Project staff will be available for interviews on request.

Livestream from the ILA in Berlin

At 12:30 pm CEST on Saturday, June 25, 2022, on the DLR livestream we will hand off live to Mt. Etna in Sicily from our stand at the ILA Berlin Air Show. In the live broadcast, researchers will explain the project and the science behind it. You can use this link for the livestream: https://www.youtube.com/watch?v=C5SwAu4y5tk

The German Aerospace Center heads the Helmholtz Future Project ARCHES. The Space demo mission is being jointly operated in Catania with the Karlsruhe Institute of Technology (KIT) and the European Space Agency. Other partners in the project are the Alfred Wegener Institute – Helmholtz Centre for Polar and Marine Research and GEOMAR Helmholtz Centre for Ocean Research Kiel.