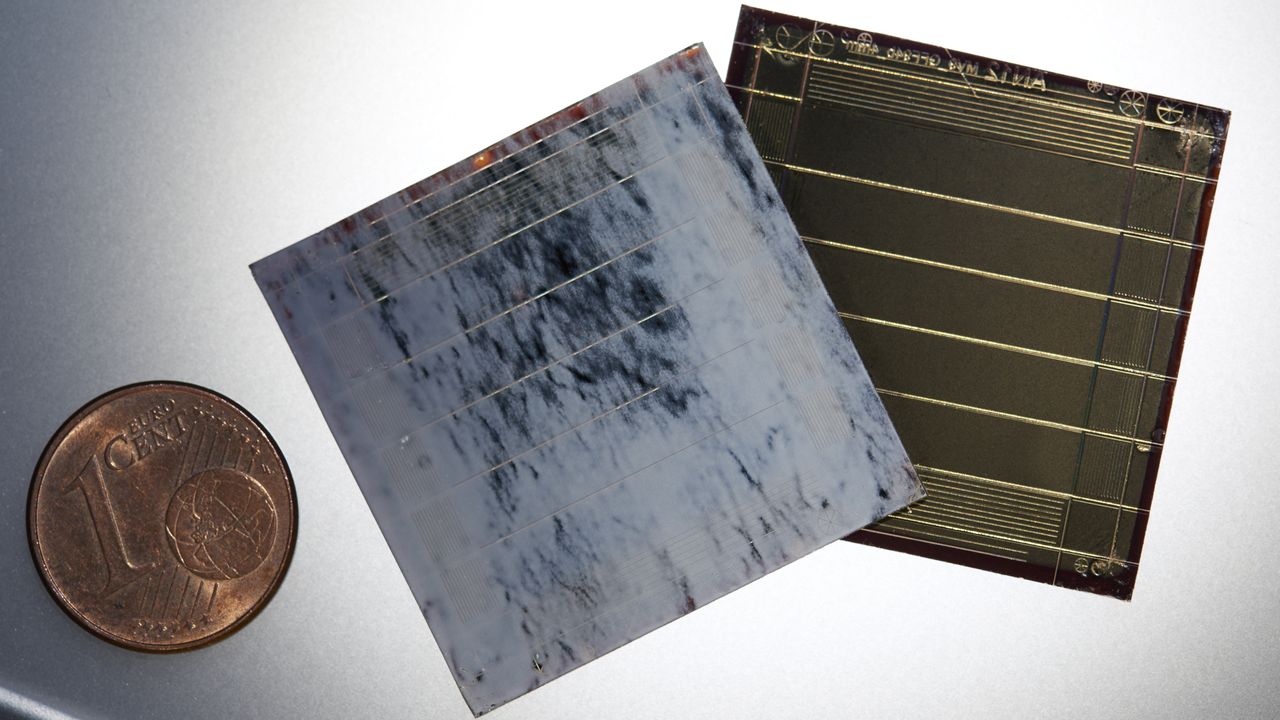 As of 2022, all new buildings in the state of Baden-Württemberg must be equipped with photovoltaic systems. From May, this will also apply to private households, whose share of solar installations still is very small. According to studies, this might not only be due to the high purchase costs, but also to the poor looks. Researchers of Karlsruhe Institute of Technology (KIT) have now developed colored solar cells from inexpensive perovskite semiconductor material. They may be integrated in facades or roofs of buildings and imitate the optics of known building materials. This is reported in the journal Solar RRL. (DOI: 10.1002/solr.202100897)

At the laboratory, perovskite solar cells already reach efficiencies above 25 percent. Compared to silicon solar cells of similar efficiency, the initial materials used in the former case are cheaper and production methods are simpler. So far, however, this has only been true on the small scale. “Commercialization of this technology is still prevented by lacking stability of the modules and the difficulty to transfer the high efficiencies reached on small to larger scales,” says tenure-track Professor Ulrich W. Paetzold from KIT’s Institute of Microstructure Technology (IMT). But this is the prerequisite for the technology to lead to the development of cost-efficient solar modules. The perspective is attractive, as many of such modules might be integrated in still unused parts of buildings, such as facades. For such use, costs and efficiency play a role, as do the looks. For this reason, the team of Paetzold, in cooperation with industry partner SUNOVATION, studied an inkjet method to color the perovskite solar modules. Its advantage: Coloring the modules by inkjet printing is inexpensive and also suited for larger surfaces.

The chosen approach has a second major advantage: “So far, color impression of colored perovskite solar cells has been dependent on the angle of the incident light,” project coordinator Helge Eggers, IMT, explains. “With our method, the color is nearly independent of the angle of incident solar radiation and always looks the same,” Eggers adds. In a large series of experiments, researchers proved that the method originally developed for silicon solar modules can also be applied efficiently to perovskite solar modules. Solar cells colored cyan, magenta, and yellow reached up to 60 percent of the original efficiency when converting solar energy into power.

Marble Look Thanks to Color Mix

The third advantage: As inkjet printing is used, colors can be mixed. This does not only lead to a wide spectrum of colors, but it is also possible to print complex color patterns. Researchers produced solar modules looking like various building materials. Perovskite solar modules with white marble optics reached a very high efficiency of up to 14 percent. “In case of building-integrated photovoltaics, the photovoltaic system will not be installed on roofs or facades, but replaced by a module. As a result, additional costs are avoided,” Eggers says. “For building-integrated photovoltaics it can be stated that an integrated solar cell of small efficiency is better than a wall supplying no power at all. In this respect, an efficiency of 14 percent is enormous.”