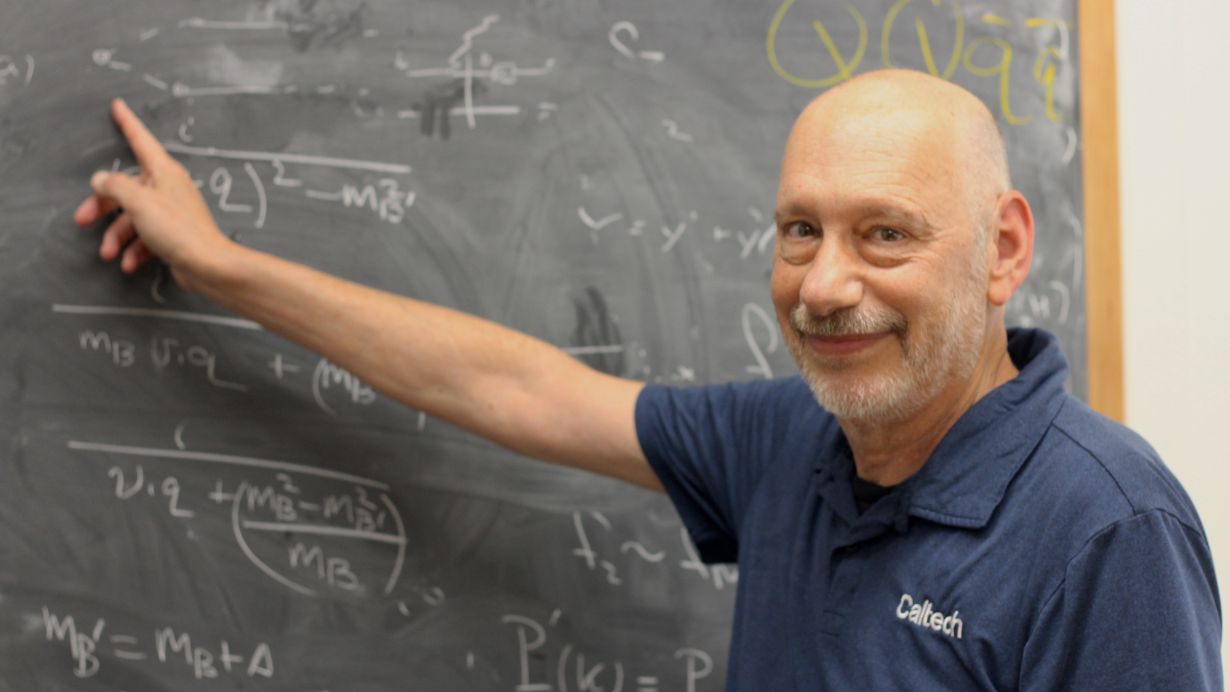 The 2021 Julius Wess Award of the KIT Center Elementary Particle and Astroparticle Physics (KCETA) of Karlsruhe Institute of Technology (KIT) goes to Professor Mark Wise from California Institute of Technology, Caltech for short. He receives the Julius Wess Award in recognition of his outstanding and pioneer achievements in theoretical particle physics and in particular in the development of modern effective field theories for flavor physics and his high international reputation. Representatives of the media are cordially invited to come to the Award Ceremony on November 05, 2021, 4.00 p.m. at Audimax on Campus South of KIT.

To comply with the valid hygiene regulations, please register by mail to presse ∂does-not-exist.kit edu until November 04.

For the safety of all, please bring along your 3G proof (proof of recovery, vaccination, or negative test).

Mark Wise is Professor of High-energy Physics at Caltech. He made pioneer achievements in the area of theoretical particle physics. Several of his discoveries can meanwhile be found in textbooks, such as the development of the weakly interacting part of the so-called Hamilton operator in 1979, which represents the basis of flavor physics theory. In addition, Wise developed a theory of heavy quarks that describes the behavior of building blocks of atomic nuclei.

The so-called flavor is a quantum number used to describe the state of elementary particles, similar to charge or momentum. It is of relevance to processes of weak and strong interaction. In the case of strong interaction essential for the cohesion of atomic nuclei, the flavor is maintained.

Mark Wise – About the Person:

Mark Wise, born in 1953, studied at the University of Toronto and at Stanford University, USA. Since 1992, he has been John A. McCone Professor of High-energy Physics at California Institute of Technology (Caltech). He is Fellow of the American Physical Society, member of the American Academy of Arts and Sciences and of the National Academy of Sciences. Mark Wise published more than 240 publications, all of which have been cited far more than 30,000 times. Among them are seven publications cited more than 1000 times each.

The Julius Wess Award is named after Professor Julius Wess, who worked for theoretical and experimental elementary particle physics and published numerous internationally famous papers during the twenty years he spent at the then University of Karlsruhe, today’s KIT. Concepts of quantum field theory, such as the Wess-Zumino anomaly or the formulation of the first supersymmetric quantum field theory, the Wess-Zumino model, will always be associated with this name. The Julius Wess Award of the KIT Center Elementary Particle and Astroparticle Physics (KCETA) is endowed with EUR 10,000. The award is granted to elementary particle or astroparticle physicists for outstanding experimental or theoretical scientific achievements, which extend and deepen our understanding of the fundamental laws of nature.
The prize money is funded by Schleicher Foundation in cooperation with the KIT Foundation. Since its establishment in 2012, the KIT Foundation has been supporting research, teaching, innovation, and academic life at KIT. As a non-profit foundation under civil law, it finances its tasks nearly exclusively through donations by friends and sponsors. More information: http://www.stiftung.kit.edu (in German).