KIT and the State Support the Karlsruhe Light Festival 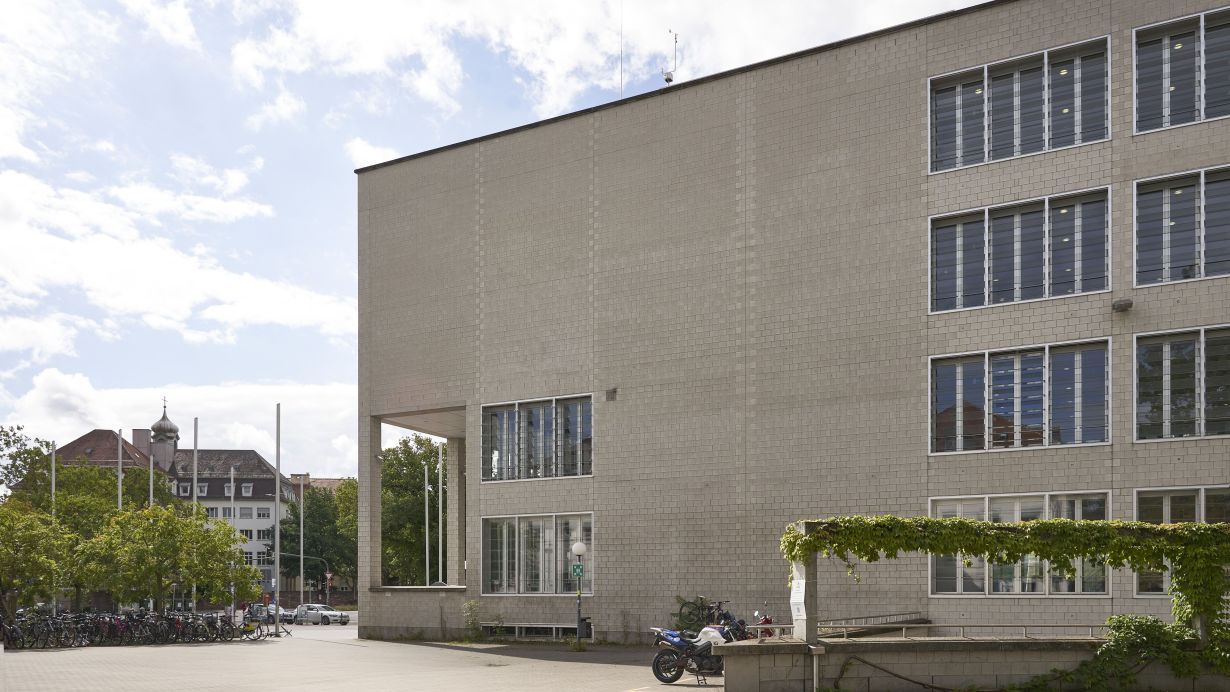 One of the venues of the Karlsruhe Light Festival will be the northern façade of the KIT Library near Adenauerring and Durlacher Tor. (Photo: Amadeus Bramsiepe, KIT)

Karlsruhe Institute of Technology (KIT) will be one of the venues of the Karlsruhe Light Festival from August 18 to September 17. Daily after dusk, a greeting recorded by Alexander Gerst, alumnus of KIT, when he was commander of the International Space Station ISS, will be projected on the facade of KIT Library, Campus South. With this, KIT as the user of the building and the Baden-Württemberg Office for Assets and Construction as its owner will support this year’s light festival in Karlsruhe.

“KIT is a research university deeply rooted in the city and region of Karlsruhe as well as in society,” says KIT President Professor Holger Hanselka. “This is why we are very happy to be able to contribute to the Karlsruhe Light Festival. The message of our video installation is very up-to-date: In an increasingly complex world with scarcer and scarcer resources, we can secure our local and global future together only.”

“We are happy to support the idea of integrating KIT and its library in the Karlsruhe Light Festival,” says Ursula Orth, Head of the Karlsruhe Office for Assets and Construction in Baden-Württemberg, who represents the state that owns the university buildings. “In these difficult times, we help reduce crowding and open venues other than the castle in the city of Karlsruhe. Our office has been involved in the coordination of the light festival since its beginnings. We are happy to introduce new accents this year.”

Inspiration from the Orbit

The greeting by Alexander Gerst will be displayed daily on an area of seven times four meters of the northern façade of the KIT Library (near Durlacher Tor and Adenauerring) between August 18 and September 17. The ESA astronaut who studied geophysics at KIT recorded it on board of the International Space Station ISS during the Horizons mission in 2018.

Another projection at the castle and KIT Library will cover the KIT Science Week, an event at the interface between science and the public, that will take place from October 5 to 10 in Karlsruhe. The hybrid event will focus on artificial intelligence and relating technologies and applications. The KIT Science Week will combine a scientific conference with a dialog with citizens. And one show of the 2021 Karlsruhe Light Festival will emphasize how much AI is already part of our life and work: In “Ganesis” by Spiegelball, a German artist living in Berlin, artificial intelligence becomes the creator. Moreover, a trailer will present the TRIANGEL Open Space, the new event venue of KIT on Kronenplatz, at the KIT Library. (jha)