Tracking Down Neutrinos with Virtual Reality 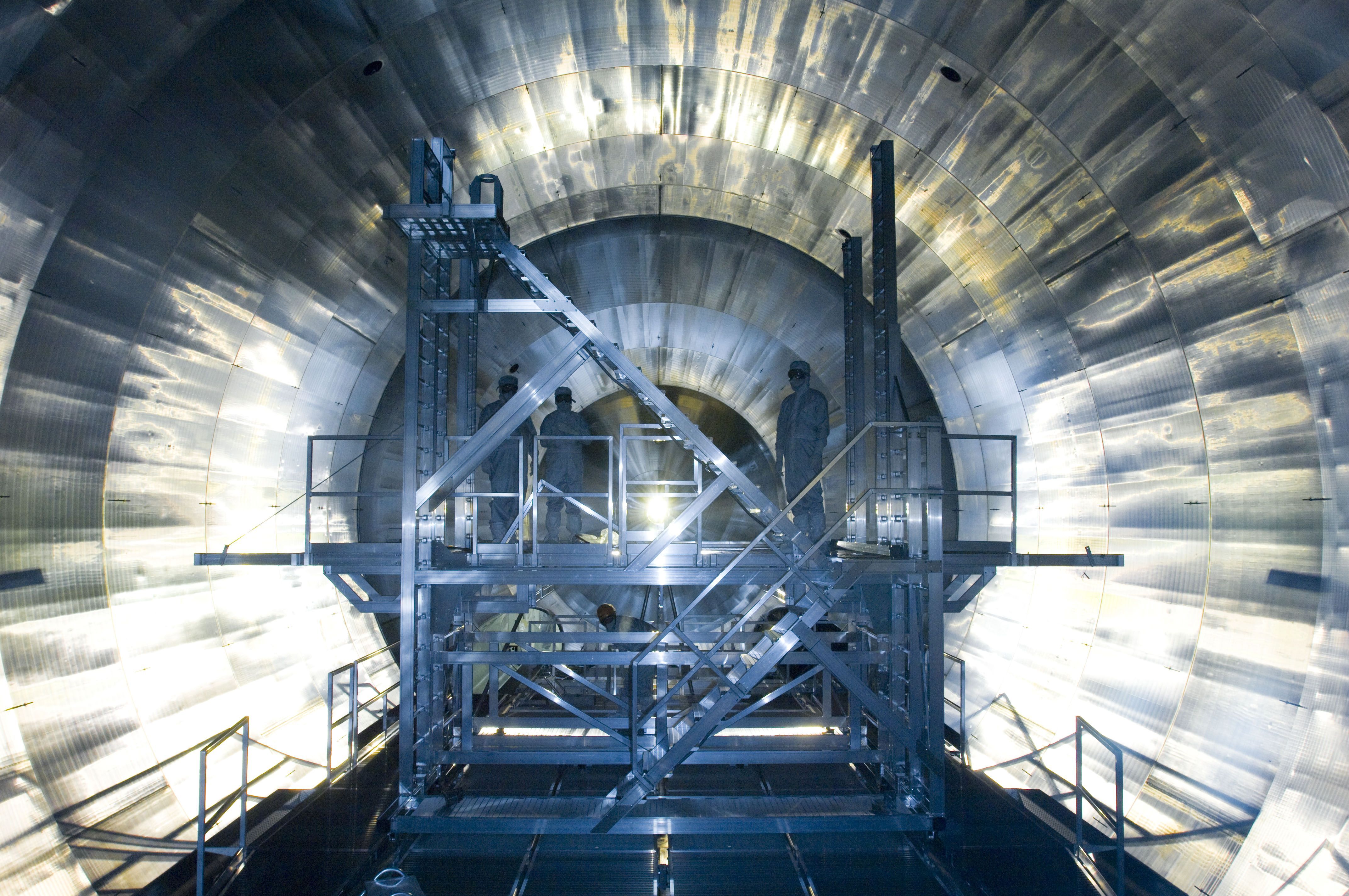 Virtual reality now enables everybody to explore the physical inner workings of the international large-scale KATRIN experiment at Karlsruhe Institute of Technology (KIT). In this virtual experience, visitors learn how KATRIN works and can even use interactive elements for their own experiments. The VR environment was created in cooperation with the National Institute for Science Communication (NaWik). It is now available online: https://vr.nawik.de/

Neutrinos are the lightest, most abundant, but also most mysterious mass-bearing particles in our universe. They have no electric charge and interact with their environment only via gravity and the so-called weak force. Until recently, neutrinos were described as massless particles in the Standard Model of particle physics. However, observations of atmospheric and solar neutrinos have shown in recent years that neutrinos do have a small mass. The magnitude of their mass, however, is still unknown. With the Karlsruhe Tritium Neutrino Experiment (KATRIN), researchers want to precisely determine the mass of these mysterious particles for the first time. This requires, among other things, a high-resolution spectrometer with a large diameter (ten meters). The experiment is carried out by researchers at KIT in cooperation with national and international partners. Currently, about 200 scientists are involved.

Usually, large-scale experiments in fundamental research, such as KATRIN, are hardly ever accessible to the public. This is due to the special cleanliness requirements and safety regulations – and, of course, the fact that ongoing experiments must not be disturbed. Now, a virtual reality application is opening up new ways to experience what actually happens. Users thus get a direct insight into the inner workings of the research facility and learn how elementary particles move and behave in this large experimental setup. Moreover, the application also enables the public to assume the role of a scientist and to interact with the experiment – for example, by changing measurement variables in virtual operation.

The novel VR application has been developed in the “Science in Presentations” research project at NaWik, in cooperation with KIT, and is funded by the Klaus Tschira Foundation. It combines photo-realistic 360-degree views of the KATRIN experiment setup with a virtual level. The application consists of a guided section in which, similar to a real-life guided tour, a scientist presents the facility and his or her own research. Then, the “visitors” have the opportunity to explore the facility on their own. During this time, other KATRIN researchers will tell them even more about how this unique experiment works and what its goals are. The VR application runs in the browser and can be used either with a special head-mounted display (“VR glasses”) or alternatively on a tablet, laptop, or PC.

In the future, the VR environment will also be used in teaching at KIT. For this purpose, it is currently further enhanced by the NaWik and the KIT Center Elementary Particle and Astroparticle Physics (KCETA). The project is financed with funds from the KIT “Research Infrastructures in Research-Oriented Teaching” grant within the framework of the Excellence Strategy initiated by the German federal and state governments.

Online Event in the VR Environment

The VR experience of the neutrino experiment will be presented live for the first time during an online event on July 7, 2021 at 5:00 pm. Media representatives and the interested public are cordially invited to attend. After some short introductory speeches on the KATRIN experiment and the “Science in Presentations” research project, insights into the VR application will be given. This will be followed by the opportunity to ask questions and take part in discussion.

In parallel, participants will have the opportunity to test the browser-based VR application themselves on their own devices and to enrich the discussion with related questions and comments.

In addition, Professor Carsten Könneker, Managing Director of the Klaus Tschira Foundation, will be connected to give a virtual welcome address.

Zoom access data will be sent to all participants after the registration deadline.

The National Institute for Science Communication, a non-profit company with limited liability, was established in 2012 by the Klaus Tschira Foundation and Karlsruhe Institute of Technology. The vision of NaWik is to improve the information flow from academic research to the public with the goal of a more scientifically literate society. For that purpose, the institute trains researchers and students to communicate their intentions, findings, and issues to a wider audience. The NaWik teaching program currently comprises twelve course types with a uniform didactic concept – from basic or presentation courses to media courses. The seminars are organized as attendance courses or as virtual offers. A dedicated research department at NaWik empirically investigates questions of science communication that are relevant to practice. In addition, NaWik is part of the editorial team of wissenschaftskommunikation.de, a platform dedicated to science communication. NaWik has its operational headquarters in Karlsruhe. Seminars are offered throughout Germany.

Details about the KIT Center for Elementary Particles and Astroparticle Physics: www.kceta.kit.edu