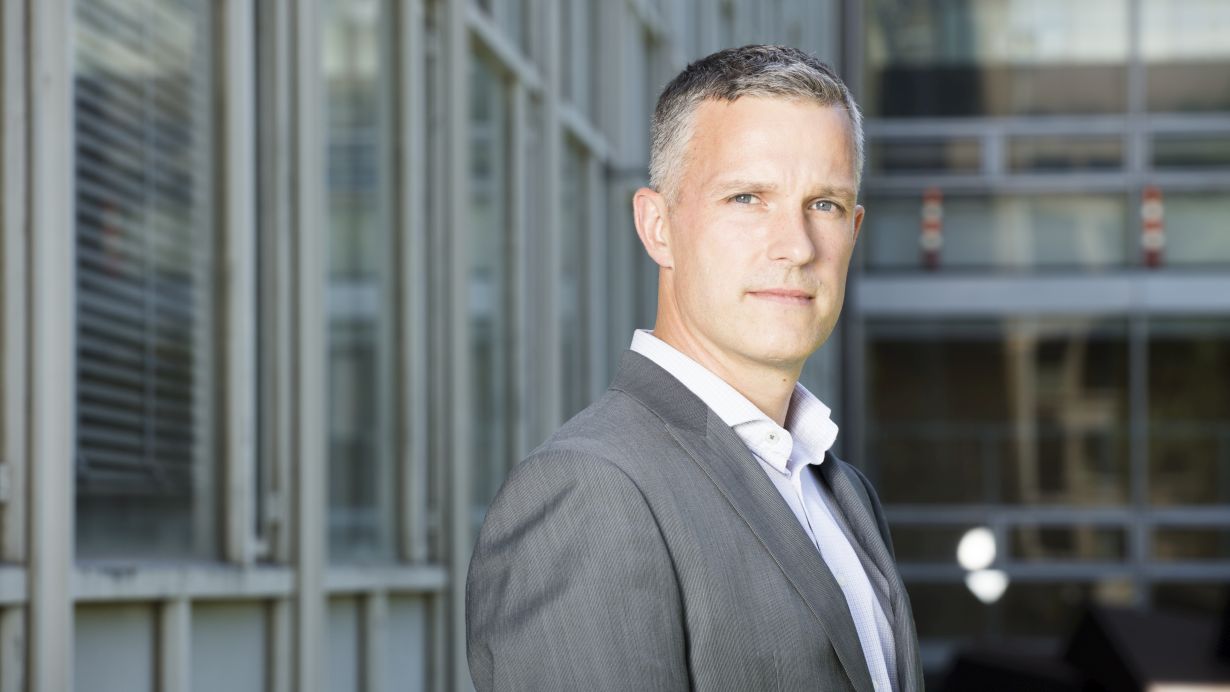 Prof. Markus Klute was instrumental in the discovery of the Higgs boson. (Photo: M. Scott Brauer)

Karlsruhe Institute of Technology (KIT) brings another world-leading researcher to Germany: particle physicist Markus Klute has been selected for a Humboldt Professorship. With this award, the Alexander von Humboldt Foundation honors outstanding researchers that have previously worked abroad. Klute and his group contributed significantly to the discovery of the Higgs boson in 2012 at CERN near Geneva. The Humboldt Professorship is endowed with up to five million euros. The award ceremony is scheduled for 2022.

“It is with great pleasure that we learned about the selection of Markus Klute for a Humboldt Professorship,” says Professor Holger Hanselka, President of KIT. “The fact that this award will be granted to this internationally renowned expert in experimental particle physics is at the same time a huge recognition of KIT's research strength in this field. We are very pleased that we succeeded in winning another top international researcher for KIT.” With Markus Klute as a Humboldt Professor, KIT intends to play an even stronger role in shaping research at the Large Hadron Collider (LHC) at CERN, currently the world's most powerful particle accelerator. In the future, measurements with an even higher precision will enable further groundbreaking discoveries to be made there. The German-born physicist is currently conducting research at the renowned MIT (Massachusetts Institute of Technology) in the USA.

The evidence of the Higgs particle at the LHC in 2012 was a significant moment for fundamental research: the experiments confirmed the last missing element in the Standard Model of particle physics. Markus Klute and his team played a central role in the Compact Muon Solenoid (CMS) experiment. His later CMS measurements were also groundbreaking and provided a deeper understanding of the properties of the Higgs boson. Klute's group also established the use of modern machine learning techniques in high-energy physics.

Klute is involved in particle physics at the highest energies: in the design, construction, and commissioning of particle detectors, and in the analysis of the collected data. To continue the search for subatomic particles that could help to explain the origin of the universe, he and other scientists need measurements that are even more precise than before. CERN is therefore upgrading its particle accelerator. Starting in 2027, the high-luminosity LHC project is expected to deliver much more data and thus more Higgs particles than was possible so far.

With more than 5,000 participants from over 50 countries, the CMS experiment is one of the biggest international research projects ever. The Institute of Experimental Particle Physics (ETP) of KIT is already one of the largest academic institutions involved in the CMS experiment, and has been so for 26 years.

With Markus Klute as the new Humboldt Professor, KIT aims to achieve a globally leading position in the LHC program at CERN and to develop new cooperations in the KIT Elementary Particle and Astroparticle Physics Center (KCETA) and its KSETA Graduate School. Klute, who succeeds Professor Thomas Müller, will become head of the CMS project at the Institute of Experimental Particle Physics.

Professor Markus Klute has been a Full Professor at the Massachusetts Institute of Technology (MIT) in the USA since 2020. He studied physics and mathematics at the University of Bonn and completed research stays as a PhD student at CERN in Geneva, Switzerland, and at Fermilab near Chicago, USA. In 2004, he earned his doctorate in Bonn. As a post-doctorate, he went to MIT, became a Research Scientist there, and received a professorship at the University of Göttingen in 2008. In 2009, he returned to MIT, first as an Assistant, then as an Associate Professor. Among other things, he is a Fellow of the American Physical Society, an expert reviewer for the National Science Foundation, and a member of the Scientific Advisory Board in the PRISMA+ Cluster of Excellence at the University of Mainz.

The Alexander von Humboldt Professorship, Germany's most highly endowed international research award, is endowed with up to five million euros. With this award, the Alexander von Humboldt Foundation honors internationally leading researchers of all disciplines who have previously worked abroad. They are expected to conduct forward-looking research at German universities in the long term. The money is earmarked for the first five years of research in Germany. The award is financed by the German Federal Ministry of Education and Research. The Humboldt Professorship enables German universities to attract top international researchers and to strengthen their own profile in global competition. The award is linked to the obligation to offer the new Humboldt Professors a long-term perspective for their research in Germany.

A total of six Humboldt Professors were selected in the current round. They are now entering into appointment negotiations with the German universities that had nominated them for the award.