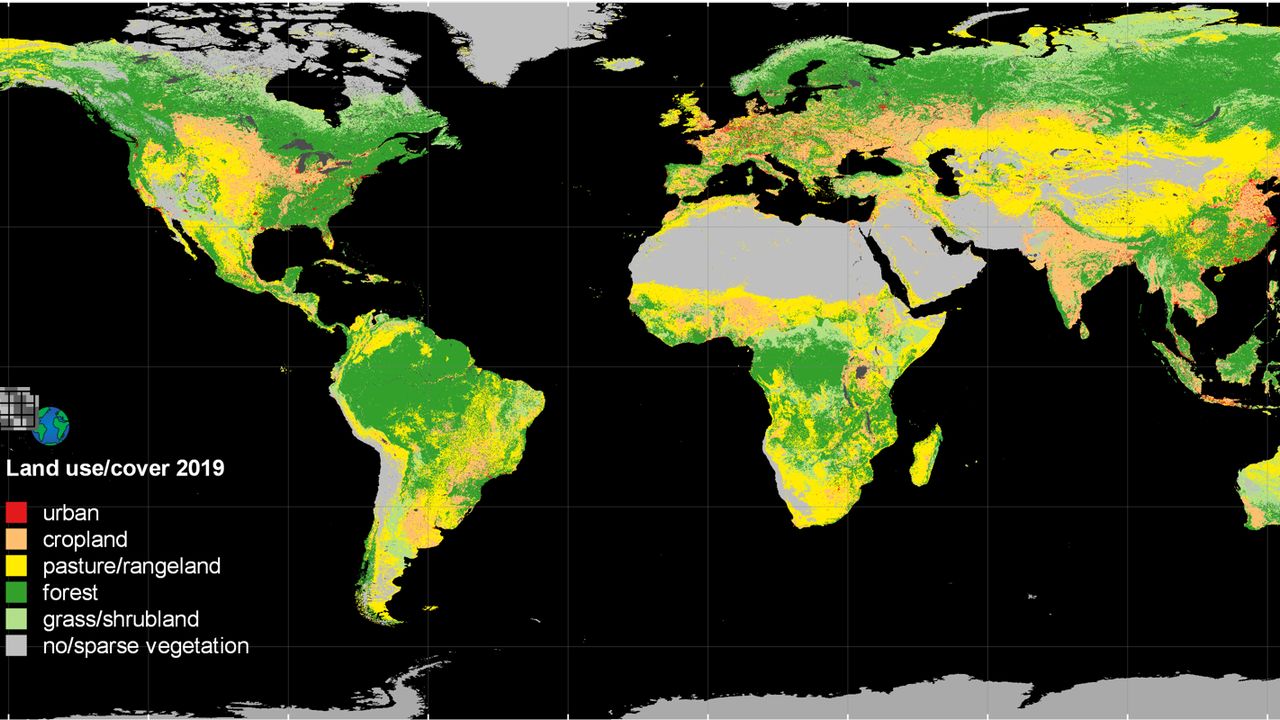 Humans leave their “footprints” on the land area all around the globe. These land-use changes play an important role for nutrition, climate, and biodiversity. Scientists at the Karlsruhe Institute of Technology (KIT) combined satellite data with statistics from the past 60 years and found that global land-use changes affect about 32 percent of the land area. This means that they are about four times as extensive as previously estimated. The researchers publish their findings in the scientific journal Nature Communications.

Whether it is deforestation, urban growth, agricultural expansion, or reforestation – land-use changes are diverse and have shaped human history at all times. “To face the global challenges of our time, we need to better understand the extent of land-use change and its contribution to climate change, biodiversity, and food production,” says Karina Winkler from the Institute of Meteorology and Climate Research – Atmospheric Environmental Research (IMK-IFU) Division, KIT Campus Alpin in Garmisch-Partenkirchen. “In fact, land use also plays a critical role in achieving the Paris climate targets.”

Despite the availability of satellites, “Big Data,” and the increasing amount of information, existing studies of land-use change are only of fragmentary nature, and they are limited in space or time. A research team from IMK-IFU and Wageningen University in the Netherlands now combined various data from free sources to develop a set of new, high-resolution maps called “HILDA+” (Historic Land Dynamics Assessment +). It traces and reconstructs global land-use changes and their spatio-temporal patterns between 1960 and 2019 using high-resolution satellite data and land-use statistics. “Our work is highly challenging as we have to deal with very different data sets,” explains Winkler. “For example, if land-use maps have different spatial resolutions, temporal coverage, or land-use classifications, we need a strategy for harmonizing them.”

The set of maps reveals that land-use changes have affected nearly one-third of the global land area in just six decades, i.e. they were about four times as extensive as previously known from long-term analyses. “However, land-use changes do not show the same patterns all over the world,” Winkler says. In their study, the researchers point to North-South differences. Hence, in the Global North, for example in Europe, the USA, or Russia, forests have expanded and the arable land area has decreased, while in the Global South, for example in Brazil or Indonesia, forest areas have decreased and arable as well as pasture lands have increased.

Another aspect is that the rate of land-use change has changed over time. For the period between 1960 and about 2005, the researchers identified a period of accelerated land-use change and from about 2006 to 2019, land-use change had slowed down. “This trend reversal could be related to the increasing importance of global trade for agricultural production and to the global economic crisis of 2007/2008,” Winkler adds.

The new land-use data could provide an improved data basis for climate and Earth system models – and thus contribute to political debates on strategies on how to achieve sustainable land use in the future. The data is freely available and can be viewed in an online map application.

More information on the KIT Climate and Environment Center: https://www.klima-umwelt.kit.edu/english/index.php