A Molecule That Responds to Light 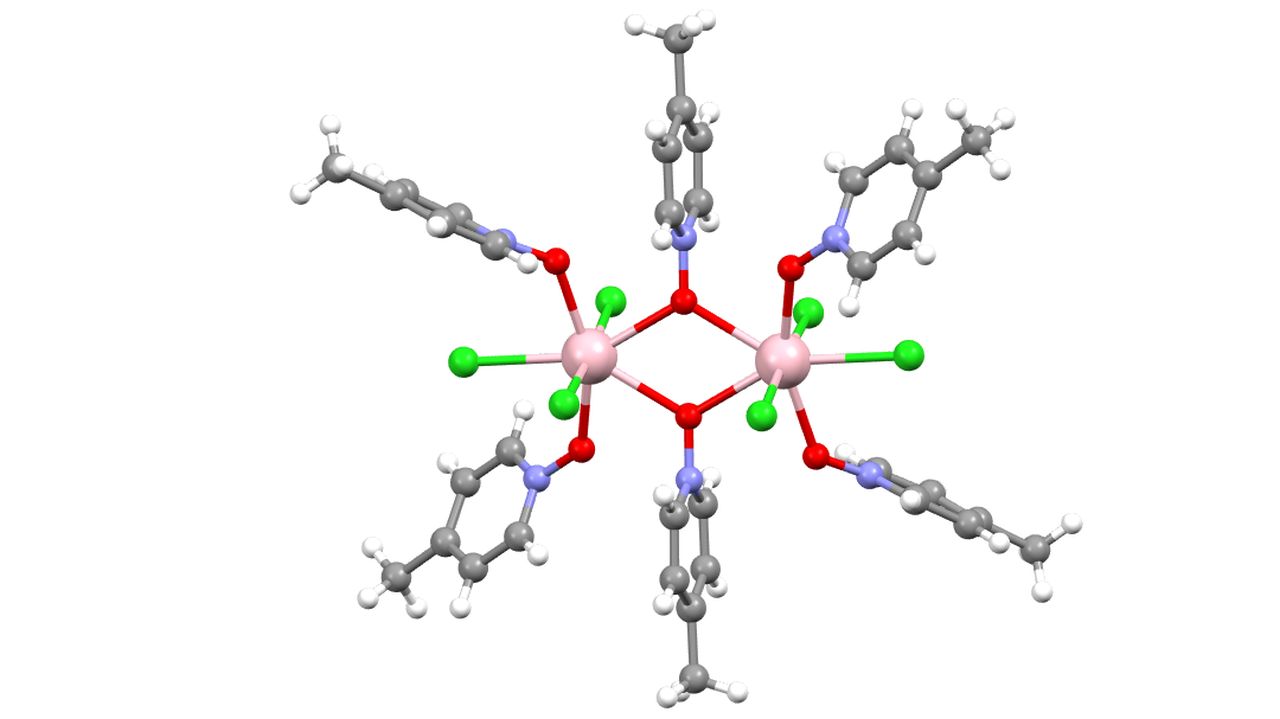 Based on the Europium(III) scientists aim to advance the development of Quantum Computers. (S. Kuppusamy, KIT)

Light can be used to operate quantum information processing systems, e.g. quantum computers, quickly and efficiently. Researchers at Karlsruhe Institute of Technology (KIT) and Chimie ParisTech/CNRS have now significantly advanced the development of molecule-based materials suitable for use as light-addressable fundamental quantum units. As they report in the journal Nature Communications, they have demonstrated for the first time the possibility of addressing nuclear spin levels of a molecular complex of europium(III) rare-earth ions with light. (DOI: 10.1038/s41467-021-22383-x)

Whether in drug development, communication, or for climate forecasts: Processing information quickly and efficiently is crucial in many areas. It is currently done using digital computers, which work with so-called bits. The state of a bit is either 0 or 1 - there is nothing in between. This severely limits the performance of digital computers, and it is becoming increasingly difficult and time-consuming to handle complex problems related to real-world tasks. Quantum computers, on the other hand, use quantum bits to process information. A quantum bit (qubit) can be in many different states between 0 and 1 simultaneously due to a special quantum mechanical property referred to as quantum superposition. This makes it possible to process data in parallel, which increases the computing power of quantum computers exponentially compared to digital computers.

One single qubit, however, is not enough to build a quantum computer. Many qubits to be organized and addressed are required. Molecules represent ideal qubit systems as they can be arranged in sufficiently large numbers as identical scalable units and can be addressed with light to perform qubit operations. In addition, the physical properties of molecules, such as emission and/or magnetic properties, can be tailored by changing their structures using chemical design principles. In their paper now published in the journal Nature Communications, researchers led by Professor Mario Ruben at KIT's IQMT and Strasbourg´s European Center for Quantum Sciences – CESQ and Dr. Philippe Goldner at École nationale supérieure de chimie de Paris (Chimie ParisTech/CNRS) present a nuclear-spin-containing dimeric europium(III) molecule as light-addressable qubit.

The molecule, which belongs to the rare earth metals, is designed to exhibit luminescence, i.e., a europium(III)-centered sensitized emission, when excited by ultraviolet light-absorbing ligands surrounding the center. After light absorption, the ligands transfer the light energy to the europium(III) center, thereby exciting it. Relaxation of the excited center to the ground state leads to light emission. The whole process is referred to as sensitized luminescence. Spectral hole burning – special experiments with lasers – detect the polarization of the nuclear spin levels, indicating the generation of a efficient light-nuclear spin interface. The latter enables the generation of light-addressable hyperfine qubits based on nuclear spin levels. "By demonstrating for the first time light-induced spin polarization in the europium(III) molecule, we have succeeded in taking a promising step towards the development of quantum computing architectures based on rare-earth ion-containing molecules," explains Dr. Philippe Goldner. (or)