Survey of Graduates: Highly Satisfied with Study Conditions at KIT 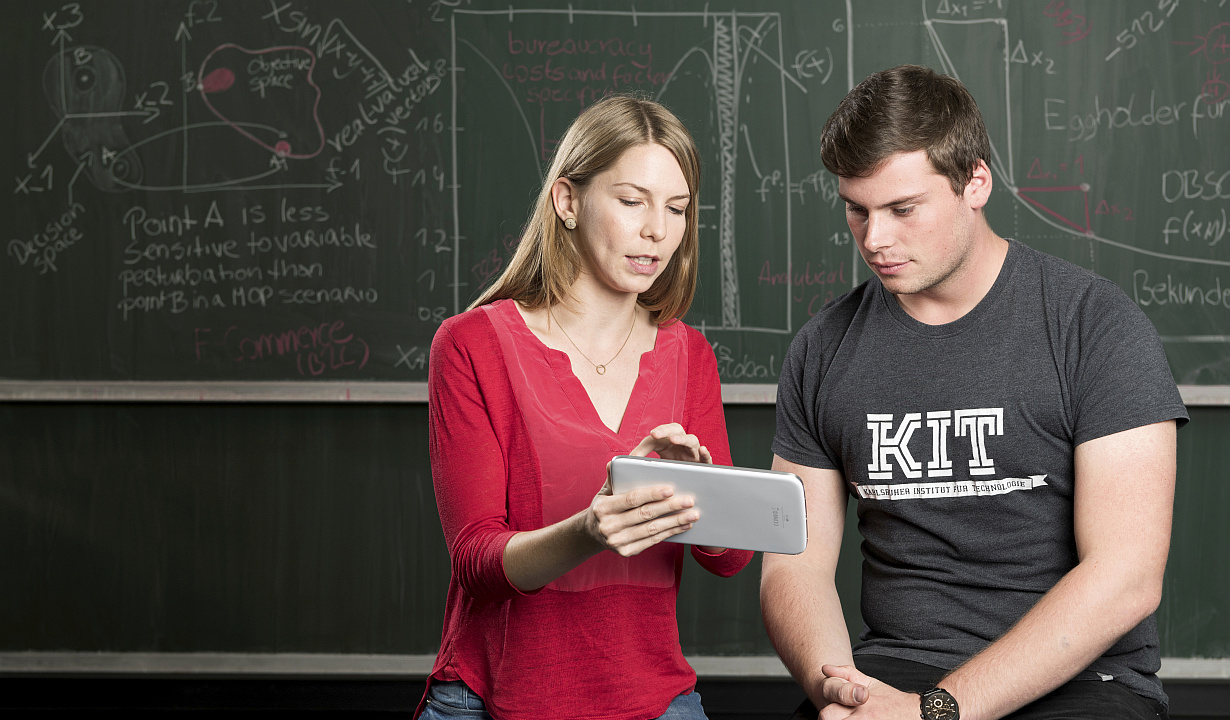 The nine state universities in Baden-Württemberg asked about 23,400 graduates for their satisfaction with their studies and the start of their employments. (Photo: Markus Breig, KIT)

How satisfied were graduates with their studies? Would they study at the same university again? How long did it take to find a job after studies? An analysis of all Baden-Württemberg state universities, including Karlsruhe Institute of Technology (KIT), reveals: On the average, graduates of state universities found a job after two to three months. Half of them even started to work directly after their graduation. Another result: 80% of KIT’s graduates were very satisfied or satisfied with their studies. The surveys addressed graduates of the years 2016 to 2018.

“Smooth transition from studies to employment very much reflects the graduates’ qualification and, hence, the quality of their academic education,” says Professor Alexander Wanner, KIT’s Vice-President for Higher Education and Academic Affairs. ”The results of the latest survey of graduates confirm the high quality of academic education also at KIT.“

On the average, graduates of KIT were employed within three months upon completion of their studies. Nearly all, about 95%, had a job after one year at the latest. The surveys also show that 83% of the graduates of KIT are very satisfied or satisfied with their studies when looking back. 80% would most probably decide in favor of KIT again, 75% would even choose the same study program again.

“The results of our survey are incorporated in our internal quality management scheme and internal accreditation process KIT-PLUS,” says Nadja Legrum-Khaled, Head of the Quality Management Group. ”They complement our holistic view of the programs offered by KIT for their constant further development.” With KIT-PLUS, KIT departments can systematically analyze and enhance the quality of their programs.

Very Good Results for All Nine State Universities in Baden-Württemberg

For the survey of graduates in Baden-Württemberg, all nine state universities used the same questionnaire between 2018 and 2020. The survey covers answers of about 23,400 persons and reveals a high satisfaction (76%) with studies in Baden-Württemberg and the respective university in all subjects. Nine of ten graduates would decide in favor of studies again when looking back. Nearly all graduates, who did not start a second degree program and no doctorate, were employed after 1.5 years at the latest. The clear majority of them (about 75%) assesses the current employment situation as positive and thinks that the workplace fits their academic skills. Three of four graduates are permanently employed 1.5 years after graduation.

Master’s Degree Is in Demand, Doctorates in Natural Sciences and Medicine in Particular

Having completed their bachelor’s programs, about half of the graduates decided to study for a master’s degree. The majority, about two thirds, remained with their universities. 8% chose a university abroad for their master’s studies. About one third aimed for a doctorate, in medicine and natural sciences even more than half.

About the Baden-Württemberg Survey of Graduates

The questionnaire for the survey of graduates in Baden-Württemberg was developed by the working group “Absolventenstudie” of the state-wide network “Qualitätsentwicklung und Strategisches Controlling“ (quality development and strategic controlling). To account for the different profiles of the universities, the questionnaire consists of a main part that is binding for all project partners and a university-specific part. The universities of Freiburg, Heidelberg, Hohenheim, Constance, Mannheim, Stuttgart, Tübingen, and Ulm, and Karlsruhe Institute of Technology participated in the survey.

Since 2013, the survey of graduates in Baden-Württemberg has been organized regularly. Since 2017, all state universities have participated.

Results of the survey of graduates in Baden-Württemberg and results of KIT: https://www.sek.kit.edu/5495.php (in German)