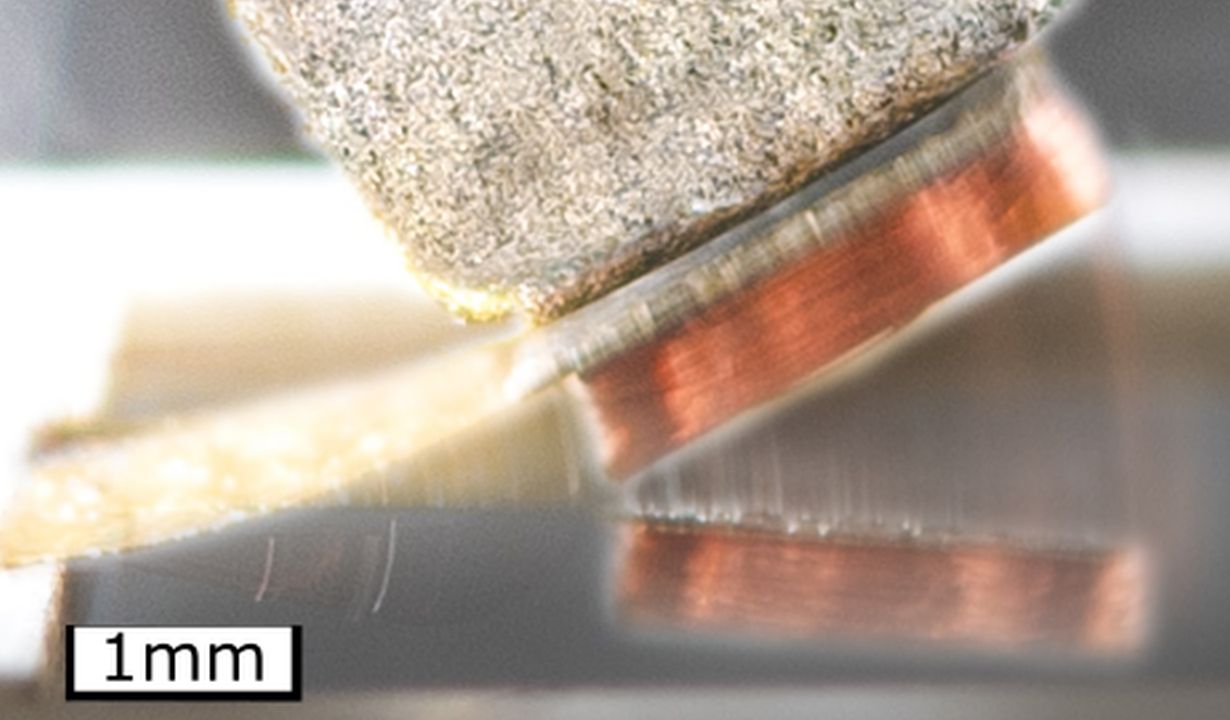 The thermomagnetic generators are based on magnetic thin films with highly temperature-dependent properties. (Photo: IMT/KIT)

Use of waste heat contributes largely to sustainable energy supply. Scientists of Karlsruhe Institute of Technology (KIT) and Tōhoku University in Japan have now come much closer to their goal of converting waste heat into electrical power at small temperature differences. As reported in Joule, electrical power per footprint of thermomagnetic generators based on Heusler alloy films has been increased by a factor of 3.4. (DOI: 10.1016/j.joule.2020.10.019)

Many technical processes only use part of the energy consumed. The remaining fraction leaves the system in the form of waste heat. Frequently, this heat is released into the environment unused. However, it can also be used for heat supply or power generation. The higher the temperature of the waste heat is, the easier and cheaper is its reuse. Thermoelectric generators can use waste heat of low temperature for direct conversion into electrical power. Thermoelectric materials used so far, however, have been expensive and sometimes even toxic. Moreover, thermoelectric generators require large temperature differences for reaching efficiencies of just a few percent.

Thermomagnetic generators represent a promising alternative. They are based on alloys, whose magnetic properties are highly temperature-dependent. Alternating magnetization induces an electrical voltage in a coil applied. Researchers presented first concepts of thermomagnetic generators in the 19th century already. Since then, research has covered a variety of materials. Electrical power, however, has left a lot to be desired.

Scientists of KIT’s Institute of Microstructure Technology (IMT) and Tōhoku University in Japan have now succeeded in largely increasing the electrical power per footprint of thermomagnetic generators. “Based on the results of our work, thermomagnetic generators are now competitive with established thermoelectric generators for the first time. With this, we have come a lot closer to the goal of converting waste heat into electrical power at small temperature differences,” says Professor Manfred Kohl, Head of the Smart Materials and Devices Group of IMT. Work of the team is reported in the cover story of the latest issue of Joule.

So-called Heusler alloys – magnetic intermetallic compounds – are applied in the form of thin films in thermomagnetic generators and provide for a big temperature-dependent change of magnetization and quick heat transfer. This is the basis of the new concept of resonant self-actuation. Even at small temperature differences, resonant vibrations are induced in devices and can be converted efficiently into electrical power. Still, electrical power of single devices is low and upscaling will depend on material development and engineering. The researchers of KIT and Tōhoku University used a nickel-manganese-gallium alloy and found that alloy film thickness and the device footprint influence electrical power in opposite directions. Based on this finding, they succeeded in improving electrical power per footprint by a factor of 3.4 by increasing the thickness of the alloy film from five to 40 micrometers. The thermomagnetic generators reached a maximum electrical power of 50 microwatts per square centimeter at a temperature change of just three degrees Celsius. “These results pave the way to the development of customized thermomagnetic generators connected in parallel for potential use of waste heat close to room temperature,” Kohl explains.