Processes Are Accelerated by a Factor of 10,000 – European Research Council Funds KIT Re-searchers and Partners Involved in the HiSCORE Project 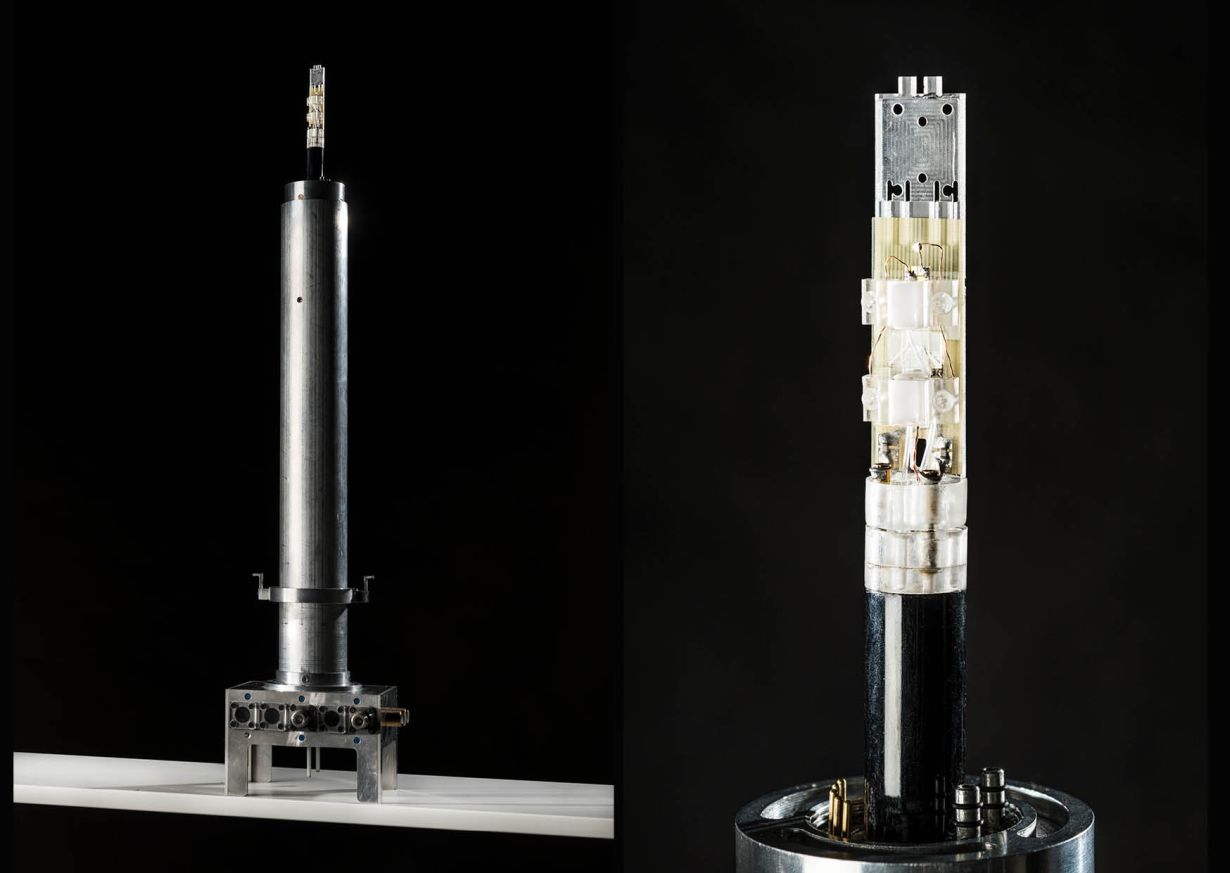 Nuclear magnetic resonance (NMR) is an important tool in drug research, since it can quantify and spatially resolve binding of drugs to pathogens. So far, however, NMR has lacked the sensitivity and throughput to scan large libraries of drug candidates. Within the “HiSCORE“ project, research teams of Professor Jan Gerrit Korvink and Dr. Benno Meier from Karlsruhe Institute of Technology (KIT), in cooperation with partners from Paris and Nijmegen, will now develop a method for high-throughput screening (HTS). This project will be funded by a Synergy Grant awarded by the European Research Council (ERC).

The team of Jan Gerrit Korvink, Director of the Institute of Microstructure Technology of KIT, will use MEMS miniaturization technology to conduct a large number of measurements in parallel. “The available space in NMR magnets is completely underutilized,” Korvink says. Use of its full potential would largely increase functionality and efficiency.

The teams of Benno Meier from KIT’s Institute for Biological Interfaces and Professor Arno Kentgens from Radboud University in Nijmegen will develop methods for parallel orientation or polarization of nuclear spins in the samples. Nearly all spins contribute to the signal and signal intensity can be increased by up to four orders of magnitude compared to standard NMR experiments. It is also important to generate these hyperpolarized liquids at a sufficiently high rate. A boost in signal strength enables a significant reduction in sample size and required material. This reduction in sample size will pave the way towards parallelization.

In Paris, the team of Professor Geoffrey Bodenhausen will improve methods to quantitatively evaluate interactions between biomolecules and drug molecules. The HiSCORE team will be advised by Dr. Alvar Gossert, ETH Zurich, and Claudio Dalvit, Trieste, both experts in pharmaceutical drug screening.

At all sites, technical systems will be developed and experiments will be conducted in parallel, Korvink says. “Within this ambitious project, we will build a system that will be improved continuously by all partners. In the first steps, this will be a complex process, but further development steps will be greatly accelerated.”

Conventional HTS methods are able to test up to one million substance candidates, but provide information of low dimensionality and poor quality. NMR provides very rich information, but with a low throughput and at high cost so far.

HiSCORE (Highly Informative Drug Screening by Overcoming NMR Restrictions) merges all most innovative branches in the field of NMR – hyperpolarization, microcoils, microfluidics, parallel acquisition, and machine learning – to tackle these pharmacological challenges. In this way, processes will be accelerated by a factor of 10,000. “Together, we will develop and test a number of technologies at the three sites Karlsruhe, Paris, and Nijmegen,” says Benno Meier, “so that we can quickly identify and push the most promising strategies for the various biophysical assays that we want to implement.”

Professor Jan Gerrit Korvink received his M.Sc. degree in Mechanical Engineering from the University of Cape Town, South Africa, in 1987 and his PhD degree from ETH Zurich, Switzerland, in 1993. In 1997, he joined the University of Freiburg as Professor for Microsystems Engineering and co-directed the Freiburg Institute for Advanced Studies. In 2015, he joined KIT, where he heads the Institute of Microstructure Technology. He also is speaker of the Helmholtz Programme “Science and Technology of Nanosystems” and Principal Investigator of the 3D Matter Made to Order Cluster of Excellence. Korvink is author or co-author of more than 240 publications in the area of microsystems. He is founding editor of “Advanced Micro and Nanosystems“ and co-founder of Voxalytic GmbH.

Benno Meier received his doctorate in physics from the University of Leipzig in 2012. Then, he joined the University of Southampton, UK, where he intensified research into magnetic resonance. In 2018, he was awarded an Early Career Fellowship by the Engineering and Physical Sciences Research Council UK. In 2019, he joined KIT’s Institute for Biological Interfaces with a Helmholtz Young Investigators Group on hyperpolarized magnetic resonance. He is co-founder of Hyperspin Scientific UG.

The European Research Council (ERC) awards Synergy Grants to groups of two to four principal investigators working together and bringing different skills to tackle ambitious research problems. Eligible are excellent young scientists as well as established active researchers with outstanding scientific achievements. The grant amounts to about EUR 14 million for a duration of six years. EUR 7.5 million will go to KIT.

To date, the ERC has funded more than 9500 cutting-edge researchers in various stages of their careers as well as more than 50,000 postdocs, doctoral researchers, and other research staff and teams.

As obvious from this year’s call, competition is rather hard: More than 440 proposals were submitted, of which 34 projects were selected for a Synergy Grant.

KIT researchers have received 20 grants of the ERC so far: Ten Starting Grants for outstanding early-stage researchers, four Consolidated Grants for excellent researchers, whose independent teams are in the consolidation phase, five Advanced Grants for pioneer projects of established researchers, and now the first Synergy Grant that was announced for the second time only in the current Horizon 2020 EU research framework programme.