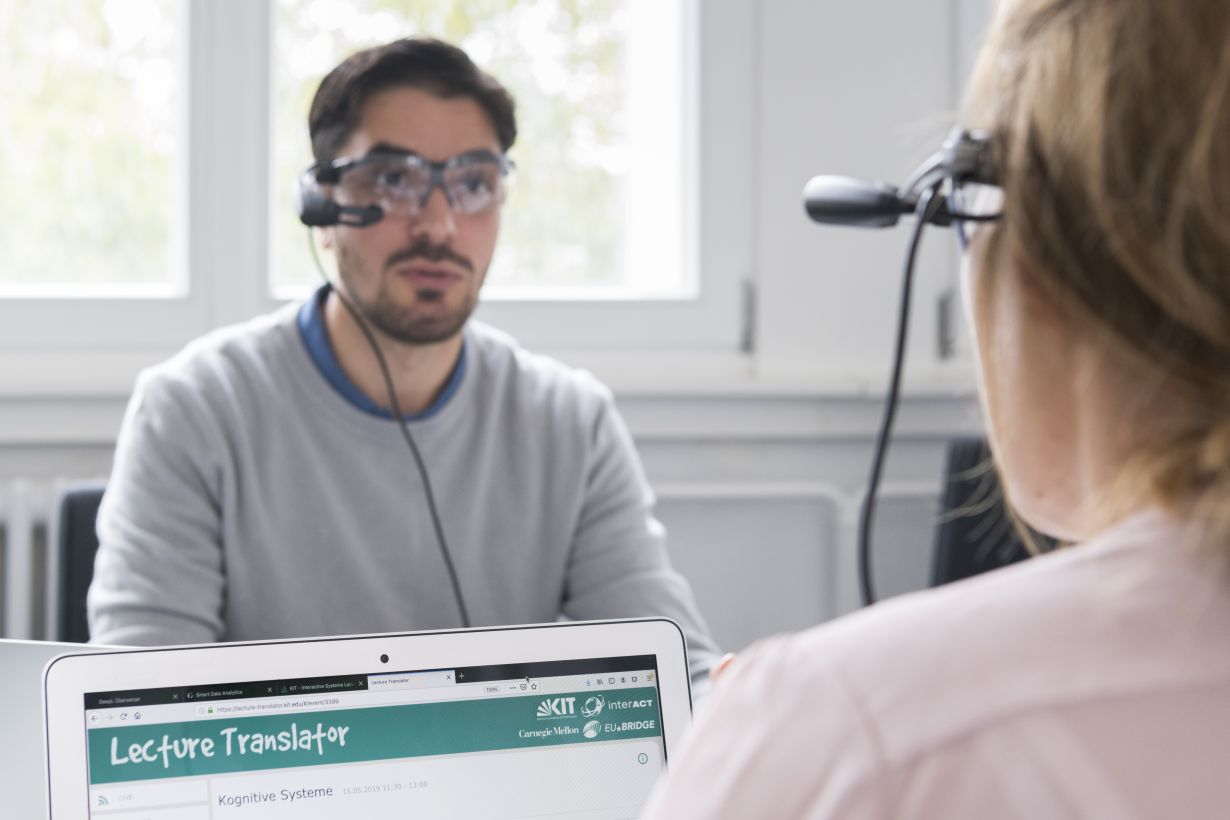 Following a conversation and transcribing it precisely is one of the biggest challenges in artificial intelligence (AI) research. For the first time now, researchers of Karlsruhe Institute of Technology (KIT) have succeeded in developing a computer system that outperforms humans in recognizing such spontaneously spoken language with minimum latency. This is reported on the Internet platform ArXiv.org.

“When people talk to each other, there are stops, stutterings, hesitations, such as “er” or “hmmm”, laughs and coughs,” says Alex Waibel, Professor for Informatics at KIT. “Often, words are pronounced unclearly.” This makes it difficult even for people to make accurate notes of a conversation. “And so far, this has been even more difficult for AI,” adds the speech recognition expert. KIT scientists and staff of KITES, a start-up company from KIT, have now programmed a computer system that executes this task better than humans and quicker than other systems.

Waibel already developed an automatic live translator that directly translates university lectures from German or English into the languages spoken by foreign students. This “Lecture Translator” has been used in the lecture halls of KIT since 2012. “Recognition of spontaneous speech is the most important component of this system,” Waibel explains, “as errors and delays in recognition make the translation incomprehensible. On conversational speech, the human error rate amounts to about 5.5%. Our system now reaches 5.0%.” Apart from precision, however, the speed of the system to produce output is just as important so students can follow the lecture live. The researchers have now succeeded in reducing this latency to one second. This is the smallest reported latency reached by a speech recognition system of this quality to date, says Waibel.

Error rate and latency are measured using the standardized and internationally recognized, scientific “switchboard-benchmark” test. This benchmark (defined by US NIST) is widely used by international AI researchers in their competition to build a machine that comes close to humans in recognizing spontaneous speech under comparable conditions, or even outperforming them.

According to Waibel, fast, high accuracy speech recognition is an essential step for further downstream processing. It enables dialog, translation, and other AI modules to provide better voice based interaction with machines.