Noble Metal Clusters Can Enhance Performance of Catalysts and Save Resources 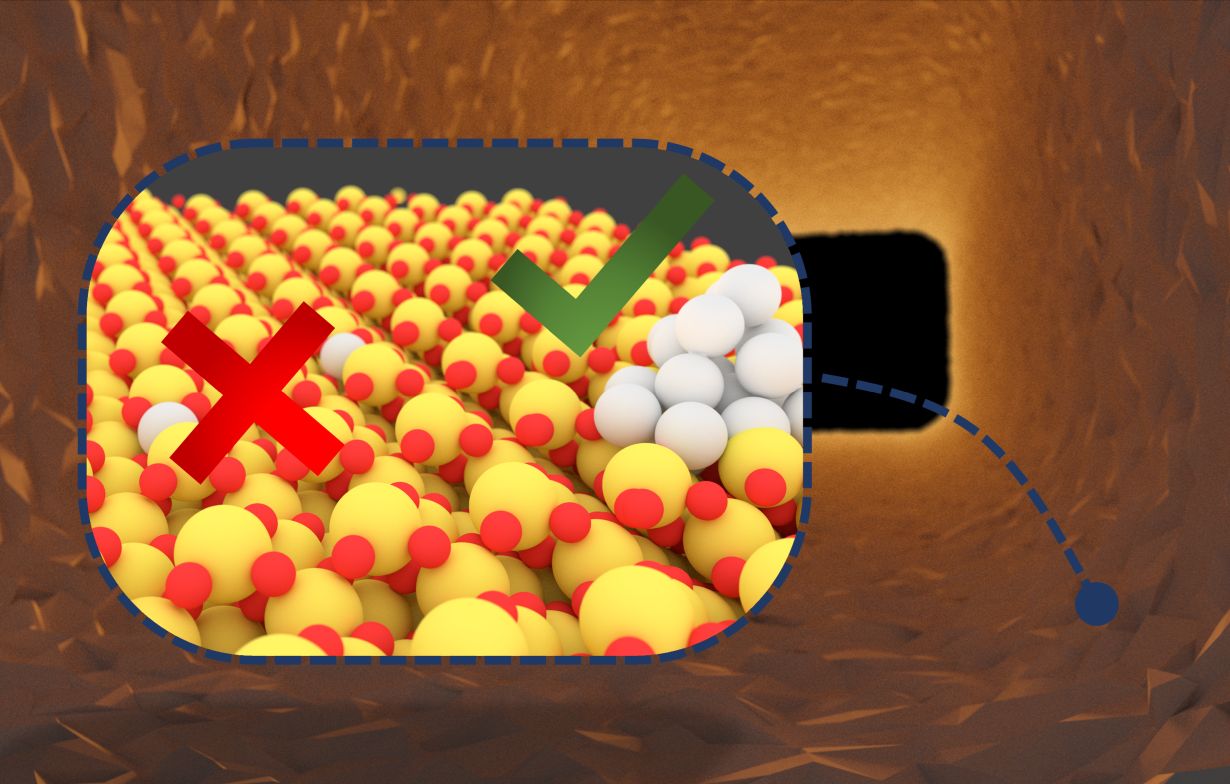 Billions of noble metal catalysts are used worldwide for the production of chemicals, energy generation, or cleaning the air. However, the resources required for this purpose are expensive and their availability is limited. To optimize the use of resources, catalysts based on single metal atoms have been developed. A research team of Karlsruhe Institute of Technology (KIT) demonstrated that noble metal atoms may assemble to form clusters under certain conditions. These clusters are more reactive than the single atoms and, hence, exhaust gases can be much better removed. The results are reported in Nature Catalysis (DOI: 10.1038/s41929-020-00508-7).

Noble metal catalysts are used for a wide range of reactions. Among others, they are applied in nearly all combustion processes to reduce pollutant emissions. Often, they consist of very small particles of the active component, such as a noble metal, which are applied to a carrier material. These so-called nanoparticles are composed of several thousands of metal atoms. “But only atoms on the outside are active in the reaction, while most atoms remain unused,” explains Professor Jan-Dierk Grunwaldt from KIT’s Institute for Chemical Technology and Polymer Chemistry (ITCP). By changing operation conditions, the structure of such a catalyst and, hence, its activity may be changed. “At high temperatures in the exhaust gas system of a car, which are reached during a longer drive on a motorway, for instance, interaction between the noble metal and carrier may lead to the formation of single atoms, i.e. isolated, separate metal atoms on the carrier,” Grunwaldt says. “Such single-atom catalysts might be expected to reach a very high utilization rate of the noble metal components, because all atoms can theoretically participate in the reaction.” Contrary to this expectation, however, the team of Grunwaldt, in cooperation with professors Christof Wöll from the Institute of Functional Interfaces of KIT and Felix Studt from KIT’s Institute of Catalysis Research and Technology, has found that these atoms first have to form noble metal clusters under reaction conditions to become active.

The researchers specifically induced the formation of single atoms and examined their structure thoroughly during the reaction. With the help of highly specialized spectroscopy and theoretical calculations, which were used for the first time ever for this class of catalysts, the team succeeded in explaining why platinum atoms frequently have a low activity. “To convert pollutants, they usually have to react with oxygen in the catalyst. For this, both components must be available at the same time and place, which cannot be achieved for isolated platinum atoms, as the oxygen for the required reaction is much too strongly bound to the carrier component – in our case cerium oxide,” says Florian Maurer from ITCP, one of the main authors of the study. “After breaking the platinum-cerium oxide bonds, platinum atoms can move across the carrier surface. In a next step, these platinum atoms form small platinum clusters, on which the reaction takes place much faster than on single atoms.”

Clusters Have an Optimal Structure for High Activity

The team’s studies prove that neither nanoparticles nor isolated atoms reach the highest activity. “The optimum lies in between. It is reached by small noble metal clusters,” Grunwaldt says. “Stabilizing these noble metal clusters might be the key to substantially reduce the consumption of noble metals when producing catalysts. For years, increasingly fine distribution of the noble metal component has been one of the main strategies in designing new catalysts. Our experiments have now revealed the limits in the atomic range.” The results of the study will now be used for knowledge-based design and development of catalysts of enhanced stability and long-term activity. This will be a major focus of the work of the Karlsruhe Exhaust Gas Center of KIT, whose Scientific Director, Dr. Maria Casapu, is co-author of the study.