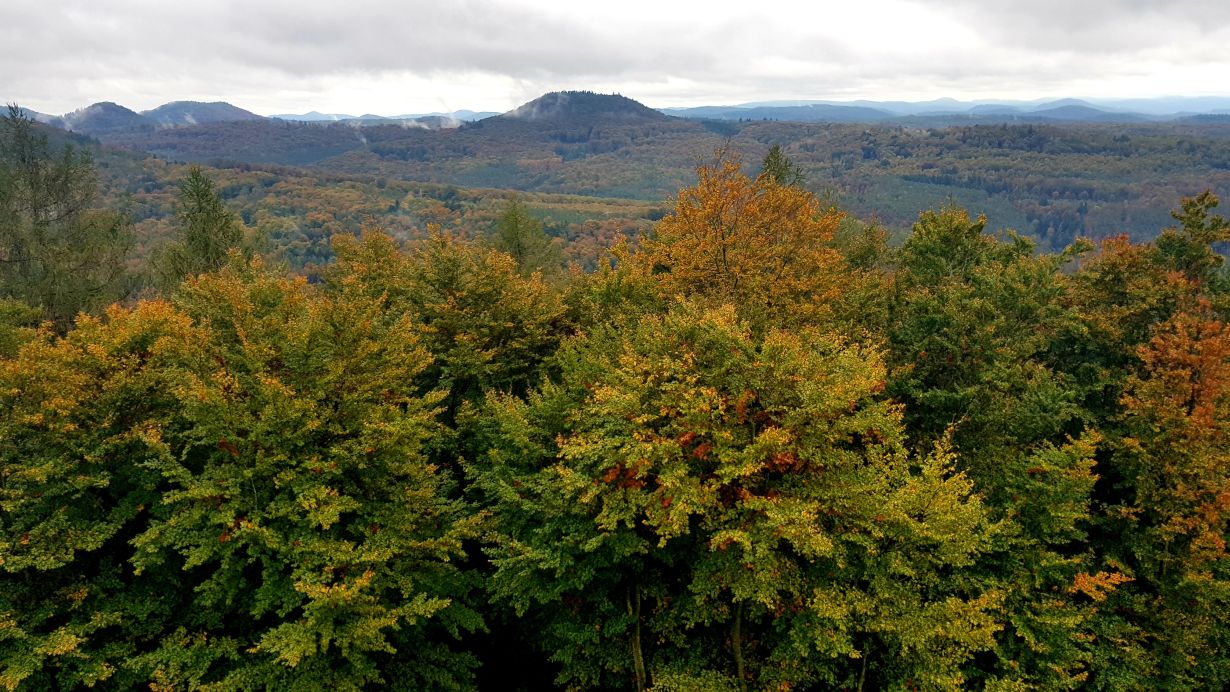 Firs and spruces dominate the tree population of the Black Forest with a share of 80 percent. However, such predominantly pure stands are particularly vulnerable to extreme events caused by climate change, such as storm damage, heat waves, and bark beetle infestations. In Baden-Württemberg, on average, every third tree is already sick. A conversion from pure to mixed stands could increase the resistance of forests. The potential benefits also include greater biodiversity, long-term economic efficiency, and stability. This is the result of a study by KIT (Karlsruhe Institute of Technology) for which experts from forestry, silviculture, and tourism were interviewed.

“The natural adaptability of monospecific forests to persistent hot, dry weather periods alternating with heavy rainfall is relatively low,” says Dr. Christine Rösch, head of the “Sustainable Bioeconomy” Research Group at the Institute for Technology Assessment and Systems Analysis (ITAS) of KIT. “However, there is an urgent need to improve the adaptability of forest ecosystems to weather events, as stress due to climate change increases and occurs in much shorter periods than before so that the usual regeneration cycles can no longer make up for it.”

For example, mixed-species stands are more climate-compatible and more resilient to weather events than pure forests. “Beech-fir mixtures in particular have high potential all over Germany because they can benefit from each other thanks to their different root systems,” explains Christine Rösch. In a joint research project called BuTaKli on beech-fir mixed forests for the adaptation of commercial forest plantations to extreme climate change events which is funded by the German Federal Ministry of Food and Agriculture, researchers from KIT and the Albert-Ludwigs-University of Freiburg investigated not only the various options, but also their societal acceptance.

“Forest conversion has an impact not only on timber yield, but also on other ecosystem services provided by forests. These include, for example, recreation as a cultural asset or climate regulation by forests,” states Rösch. Therefore, it is important to also consider the acceptance and perception of such a conversion in forestry. The working group interviewed 20 experts, among others forestry, silviculture, and tourism professionals in the Black Forest region, on the following topics: Importance of different ecosystem services, differences between pure and mixed-species stands, and resilience to climate change impacts. Respondents named timber yield as the most important ecosystem service, followed by leisure activities/recreation, and biodiversity. “With respect to recreation and biodiversity, all stakeholders clearly prefer mixed-species forests,” says Christine Rösch. Only with regard to timber yield, opinions were different: “Here, only 70 percent prefer mixed forests,” she continues. Thus, almost a third of them expressed reservations.

“The majority of those surveyed share the view that mixed-species stands are better suited altogether than monospecific stands in terms of the various ecological services they provide,” says Rösch. In particular, the experts saw three advantages: They believe that mixed-species stands have a high genetic diversity which leads to greater species diversity and biodiversity; due to the broader range of uses, they are more profitable in the long run and also excel by greater resilience against extreme events than monospecific cultures.

So, climate change could lead to changed conditions at certain locations in many regions of Germany. Especially when deciding on monocultures or mixed-species cultures, it is therefore necessary to consider all specific habitat factors and the interests of all stakeholders, says Christine Rösch. “This is the only possible way to develop the ‘right’ combination of tree species and stands. Our results provide significant momentum for these processes.”