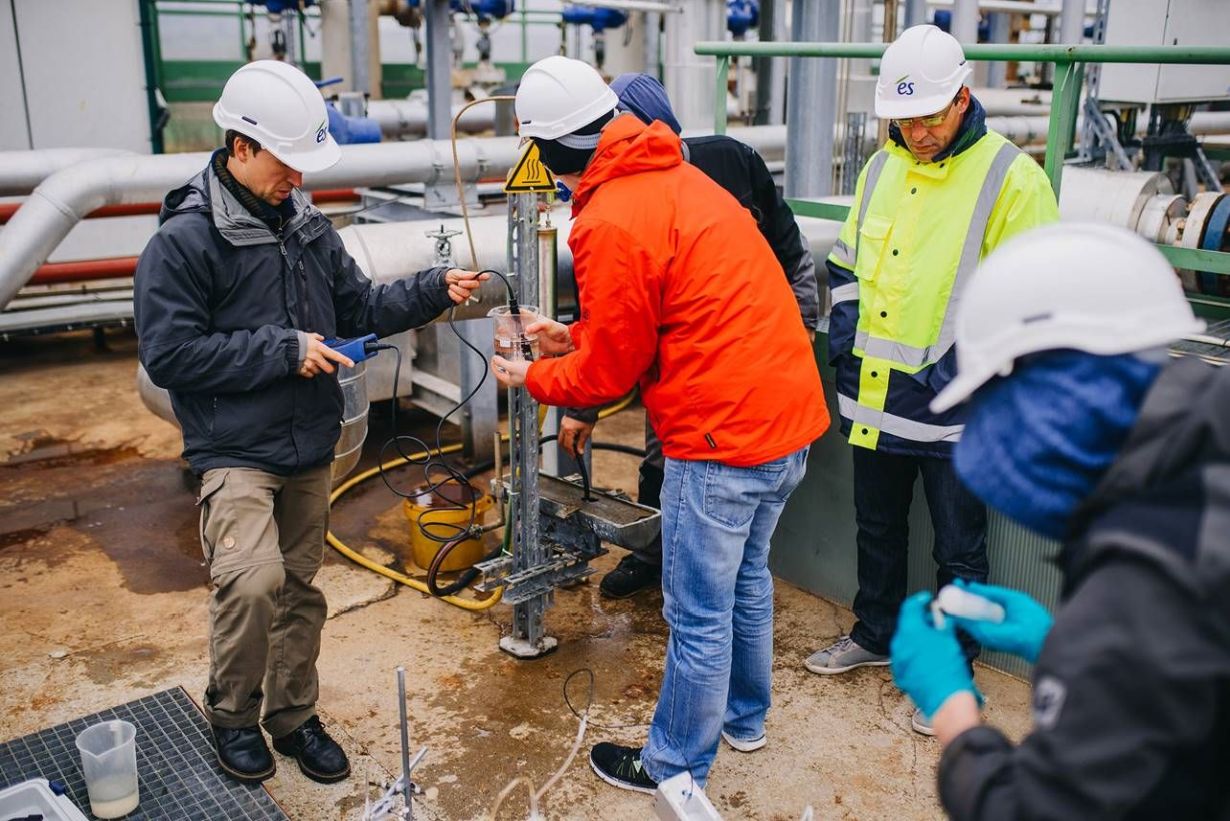 Another possible benefit of geothermics: The thermal water of the Upper Rhine contains a relatively large amount of lithium which until now had to be imported. (Photo: Florian Freundt, www.freundt.org)

Water from the depths of the Upper Rhine Graben can be used for heat and power generation, but waters that are rich in minerals also have a fundamental importance for the formation of ore deposits in that region. Scientists of Karlsruhe Institute of Technology (KIT) investigate the energy and mass transport in the fracture system of the Upper Rhine Graben by way of example, in order to understand the formation of ore deposits and the emergence of undesired mineral deposits in geothermal power plants.

The thermal springs and geothermal power plants in the Upper Rhine area offer research opportunities to explore the transport of both heat and metals for ore deposits. Both processes, which have rarely been considered together so far, will be investigated holistically in the
EMURG project (short for Energy and Mass flux in the Upper Rhine Graben) over the next three years.

Using geothermal water, deposits in pipes of geothermal power plants, as well as ore samples and sinters from the Black Forest and Kraichgau regions, the scientists are investigating today’s and fossil energy and material flows in the deeper layers of the Upper Rhine Graben. To do this, they look at the physico-chemical properties of the water, measure its pH value and temperature and examine whether it is oxidized or reduced. They also determine its main and trace constituents and its isotopic composition. “We use some of the parameters to understand where the fluid – which, besides water as the main component, contains about 100 to 130 grams of dissolved solids per liter – comes from, which path it has taken, and with which rocks the fluids reacted,” explains Professor Jochen Kolb, Chair of Geochemistry and Economic Geology at the Institute of Applied Geosciences (AGW) of KIT. The German Research Foundation (DFG) will support the project for three years by funding a doctoral position and supplying non-monetary resources.

“We know from previous research that fluids similar to those now found in the Upper Rhine Graben were present in the Jurassic period, and we are trying to understand whether the same processes still occur in the hydrothermal systems as they did about 180 million years ago,” explains Kolb. “Based on the knowledge gained in this way, all similar systems will be comparable with the Upper Rhine Graben,” says the geologist.

Technology metals for the energy and mobility turnaround

Understanding the underground heat and material flows is also crucial for the extraction of raw materials in the future. “Our goal is to provide the industry with methods for assessing the current potential of ore deposits,” says Kolb. They could help to find raw materials such as germanium, gallium, lithium, indium, cadmium, or cobalt, which are important for the energy and mobility turnaround, and currently need to be imported in their entirety. “The thermal water of the Upper Rhine contains a relatively large amount of lithium, and its extraction would add additional value to geothermics,” says Kolb.

Using rock and fluid samples, the researchers want to find out where the respective metals come from and how rich the deposits of the coveted technology metals in the Upper Rhine Graben are. Research at the AGW is integrated in the KIT think tank called “Industrielle Ressourcenstrategien” (industrial resource strategies), which is supported by the State of Baden-Württemberg and industrial partners.

Four other AGW research projects focus on the possibilities of future raw material extraction by looking at hydrothermal systems that were active in the earth's history. The DFG funding includes doctoral positions as well as travel and material costs of these projects. In Namibia and South Africa, the scientists are conducting exemplary research into rare earth deposits. Within the “DFG Dynamics of Ore Metals Enrichment – DOME” priority program, they are looking at the formation of magmatic titanium and zirconium ores using deposits in Greenland and Russia as examples, as well as the mobility of gold and other metals in fluids in connection with the active volcanism of the Greek Santorini archipelago. The DFG is funding the five projects with approximately one million euros.