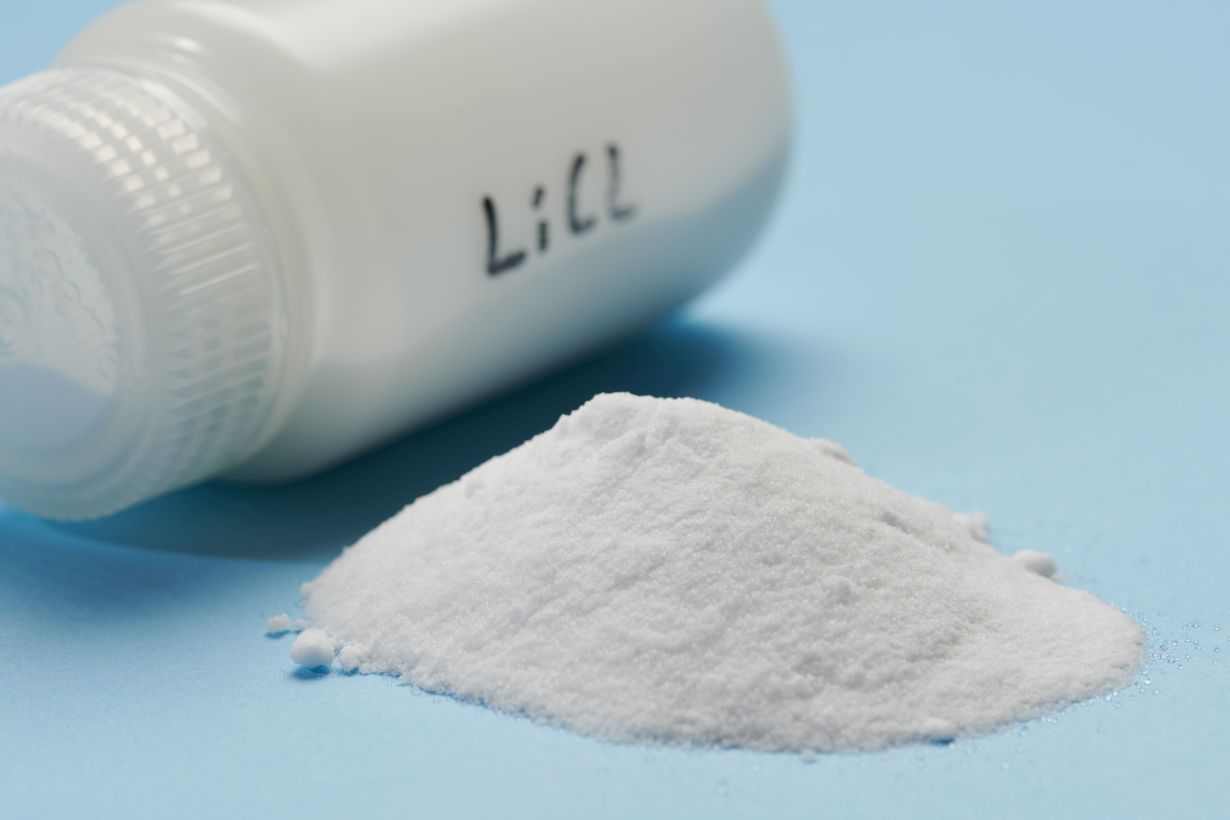 Using the minimally invasive method developed by KIT, thousands of tons of lithium could be extracted from the German and French Upper Rhine trench every year (Photo: Amadeus Bramsiepe)

Whether grid energy storage, electromobility or wearable electronics – lithium-ion batteries have become an integral part of our lives. Millions of tons of lithium are mined in places far away from Germany to produce them every year. However, an invention made by scientists at Karlsruhe Institute of Technology (KIT) might now also enable economic mining in this country. The plan is to extract lithium using a minimally invasive process from the deep waters in geothermal plants of the Upper Rhine Trench.

A mineral treasure is hidden in rock formations deeply below the Upper Rhine Trench: dissolved in salty thermal water reservoirs, considerable quantities of the element lithium are waiting to be exploited. “As far as we know, there can be up to 200 milligrams per liter,” says geoscientist Dr. Jens Grimmer from the Institute of Applied Geosciences (AGW) of KIT: "If we consistently use this potential, we could cover a considerable part of the demand in Germany.” Currently, Germany is a net importer of the coveted resource that is mainly needed for the production of battery cells for electric vehicles and is thus of great importance for the climate protection program of the Federal Government. Imports are coming from the typical mining countries Chile, Argentina, and Australia, which account for more than 80 percent of global production.

Up to now, the exploitation of domestic reserves has been prevented by the lack of a suitable process to tap this resource in a cost-effective, environmentally friendly and sustainable manner. Together with his research colleague Dr. Florencia Saravia from the research unit of the German Technical and Scientific Association for Gas and Water (DVGW) at the Engler-Bunte Institute (EBI) of KIT, Grimmer developed such a process and KIT now filed a patent application for it. “In a first step, the lithium ions are filtered out of the thermal water and in a second step, they are further concentrated until lithium can be precipitated as a salt,” says Grimmer.

Compared to traditional methods of lithium production from the South American salt lakes and Australian solid rock, the Grimmer-Saravia process offers some key advantages: The existing infrastructure of geothermal plants, through which up to two billion liters of thermal water flow every year, can be used. In contrast to classic mining, hardly any overburden is produced and the land consumption is minimal. Since the thermal water is returned to the underground after use, no harmful substances are released and geothermal electricity and heat production are not impaired. Lithium can be continuously extracted within hours in the thermal water cycle of the geothermal plant, whereas in the South American salt lakes, the enrichment process takes several months and is highly weather-dependent. Heavy rainfall can set back production there by weeks or even months. In addition, the process offers the possibility of extracting other rare and valuable elements such as rubidium or cesium from the thermal water. These are required in laser and vacuum technology, for example.

Since the process can use the technical and energetic infrastructure of a geothermal plant, its CO2 balance also stands out very positively when compared to the traditional processes. “We export many environmental problems to third countries in order to maintain and improve our living standards. With this process, we can assume our responsibility and extract important raw materials for modern technologies in an environmentally friendly way right on our own doorstep,” says Florencia Saravia. “We can also build up regional value chains, create jobs, and reduce geopolitical dependencies at the same time.”

Hundreds of tons of lithium per year from a single plant

Together with industry partners, the two scientists are now in the process of developing a test facility for lithium extraction. In this first prototype facility, which is to be built in a geothermal plant in the Upper Rhine Trench, several kilograms of lithium carbonate or lithium hydroxide will be extracted in a first step. If the tests are successful, the construction of a large-scale plant is planned. It would then be possible to produce several hundred tons of lithium hydroxide per year at each geothermal plant. According to current data, the potential in the Upper Rhine Trench on the German and French sides amounts to several thousand tons of recoverable lithium per year.