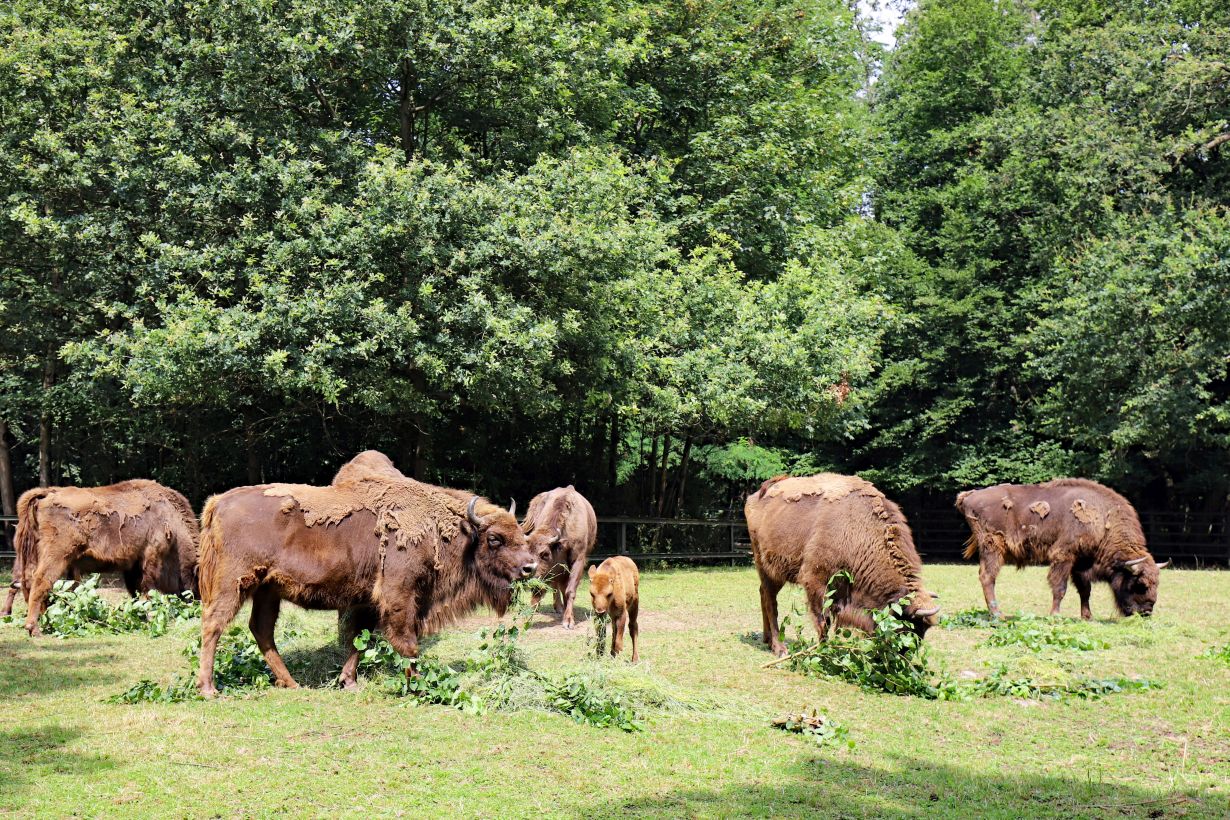 At the beginning of the 20th century, bisons were almost extinct. In 2013, conservationists resettled a herd in the Rothaar Mountains. (Photo: Timo Deible, Karlsruhe Zoo)

The 10-year plan for conserving biodiversity adopted as part of the International Convention on Biological Diversity (CBD) failed to reach its targets for 2020. A scientist from Karlsruhe Institute of Technology (KIT) proposes therefore a prominent political target to give discussions of species conservation more vigor. Together with a group of experts from other research institutions, he proposes to limit species extinctions to 20 per year. This is reported in Science. (DOI: 10.1126/science.aba6592).

The 2-degree target of the Paris Agreement aims to make climate policy focus on the measures needed to stop climate change. But such a target does not exist for species conservation. “Humankind depends on biodiversity,” says Professor Mark Rounsevell, Head of the Land Use Change and Climate Research Group of the Atmospheric Environmental Research Division of KIT’s Institute of Meteorology and Climate Research. “Without the services provided by ecosystems, such as crop pollination by insects, we lack the fundamental basis of our life support system. Politics needs a clear target to conserve biological diversity in order to maintain the supply of ecosytem services.” In the opinion of Rounsevell and a group of other researchers, their demand to lower species extinctions to 20 per year over the next 100 years is easy to communicate and measure. The scientists would like to see this target included in the CBD that will be newly negotiated next year. The last 20 so-called Aichi biodiversity targets agreed upon by the CBD signatories covered worldwide protection of ecosystems and support of sustainability, among others.

The proposal of Rounsevell and other experts is based on existing studies of the stress limit of our planet. In addition to ocean acidification, air pollution, or freshwater consumption, loss of biodiversity is a major factor that might irrevocably endanger the stability of worldwide ecosystems. When exceeding a certain threshold value, researchers expect long-term negative impacts on the environment. To prevent these, species extinction should not exceed more than ten times the background (i.e. prehistorical) rates. “With presently about two million species described, this corresponds to about 20 extinct species per year,” Rounsevell says. “This includes all fungi, plants, invertebrates, and vertebrates as well as all ecosystem types, whether terrestrial, freshwater, or marine.” In the longer term (beyond 100 years) the ambition should be to return extinctions to background rates.

As the species extinction rate has increased continuously to date, far-reaching political measures would be required to reach the target of the biodiversity researchers. This would positively affect the overall state of ecosystems. The 2-degree target in climate protection works in a similar way. Although temperature is just one of several factors used to represent the complex climate system, the measures required to reach this target will improve climate protection in general. A reduced temperature increase will indirectly affect the rise of the sea level or the occurrence of weather extremes, such as storms or strong rainfall.

Potential action options proposed by Rounsevell and the group of researchers based on recommendations by the Intergovernmental Science-Policy Platform on Biodiversity and Ecosystem Services (IPBES) include extension of nature protection areas, increased funding of species protection, further development of ecolabels, or strict prosecution of wildlife trade. As biodiversity varies greatly at the regional level, Rounsevell considers it important to adapt political measures to local and regional conditions. “Each country has to develop its own catalog of measures and to take responsibility for reaching the target,” the environmental researcher says. Success of the new approach to species protection should be monitored continuously. ”To find out how the rate of species extinction will develop, large-scale monitoring projects will be required,” Rounsevell says. If the efforts to protect biodiversity are successful, then the the number of extinct species per year can be reduced to lower values later on.