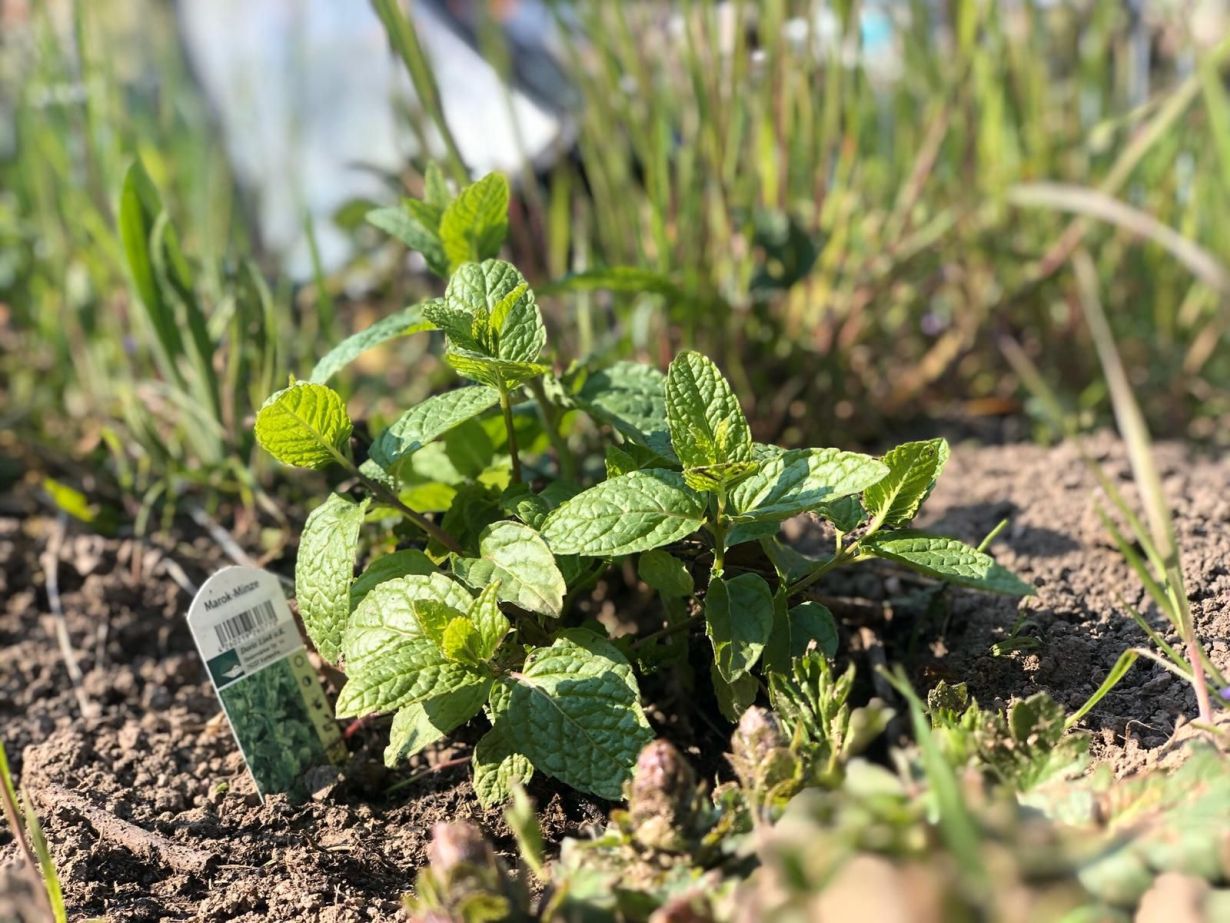 With its essential oils, mint keeps away weeds – the menthone contained in the oil might be used as a basis of environmentally friendly bioherbicides. (Photo: Jana Müller)

Some plants are very successful in the competition for space, nutrients, and water. They inhibit the growth of their competitors by chemical signals that cause cells of the neighboring plant to die. Scientists of the Botanical Institute of Karlsruhe Institute of Technology (KIT) study this effect for potential use in environmentally compatible bioherbicides.

Hobby gardeners and woodland walkers know the phenomenon that no other plants grow near a walnut tree and that wild garlic and mint displace their neighbors. This chemical warfare is referred to as allelopathy by experts. “In most cases, this effect in the target plant is caused by chemical signals rather than poisons,” says Peter Nick, Professor for Molecular Cell Biology at KIT’s Botanical Institute. While wild garlic and mint are immune to the effect of their chemical signals, biological communication triggers self-controlled cell death in the neighboring plant. Scientists think that this mechanism of plant communication may lead to the development of novel, environmentally compatible bioherbicides that specifically affect a certain type of weed without damaging the useful crop.

“We walked through nature with an open eye and asked ourselves whether there is a relationship between the strong growth of mints and the distinct scent that differs for every type,” Nick says. From the vast collection of mints at KIT’s Botanical Institute, they extracted the essential oils. Individual bioactive components were provided with molecular markers and the effect of their signals on other plants was studied. Cell cultures revealed that the menthone compound contained in the essential oil of the mint activates a process in competing plants, as a result of which microtubules – finely branched, tubular protein structures – destroy themselves. “We found that menthone is particularly effective against dock on mountain pastures,” says Dr. Mohammed Sarheed. The biologist published the results of his research at KIT’s Botanical Institute in his doctoral thesis entitled “Allelopathic compounds from Mint target the cytoskeleton from cell biology towards application as bioherbicides.” In his thesis, he reports that the aromatic oil of monarda punctata targets the protein actin and causes its cellular self-destruction. It is particularly effective against field bindweed. In this case, researchers understand the mechanism, although they have not yet identified the substance causing this effect. Sarheed’s studies at KIT also revealed that menthone inhibits the growth of HeLa cells – human cancer cells -. “This makes its use as anti-cancer agent conceivable,” says the scientist, whose research was funded by grants of the Iraqi Ministry of Education and Research and KIT’s Karlsruhe House of Young Scientists.

Weeds are among the main causes of harvest losses. They compete with crops for the same ecological niche. “If we do not fight them, 30 to 50 percent of the agricultural yield would be lost,” Nick says. Conventional herbicides represent an ecological burden and weeds soon become resistant. They only are effective for a limited period of time,” the biologist says. Development of environmentally friendly agents against weeds, hence, is a global challenge to ensure food security. It is necessary to find strategies for controlling agricultural ecosystems in harmony with evolution. Among the project partners of KIT’s Botanical Institute are the Swiss Research Institute of Organic Agriculture (FiBL) and the Max Planck Institute for Chemical Ecology in Jena.

More about the KIT Climate and Environment Center:
http://www.klima-umwelt.kit.edu/english