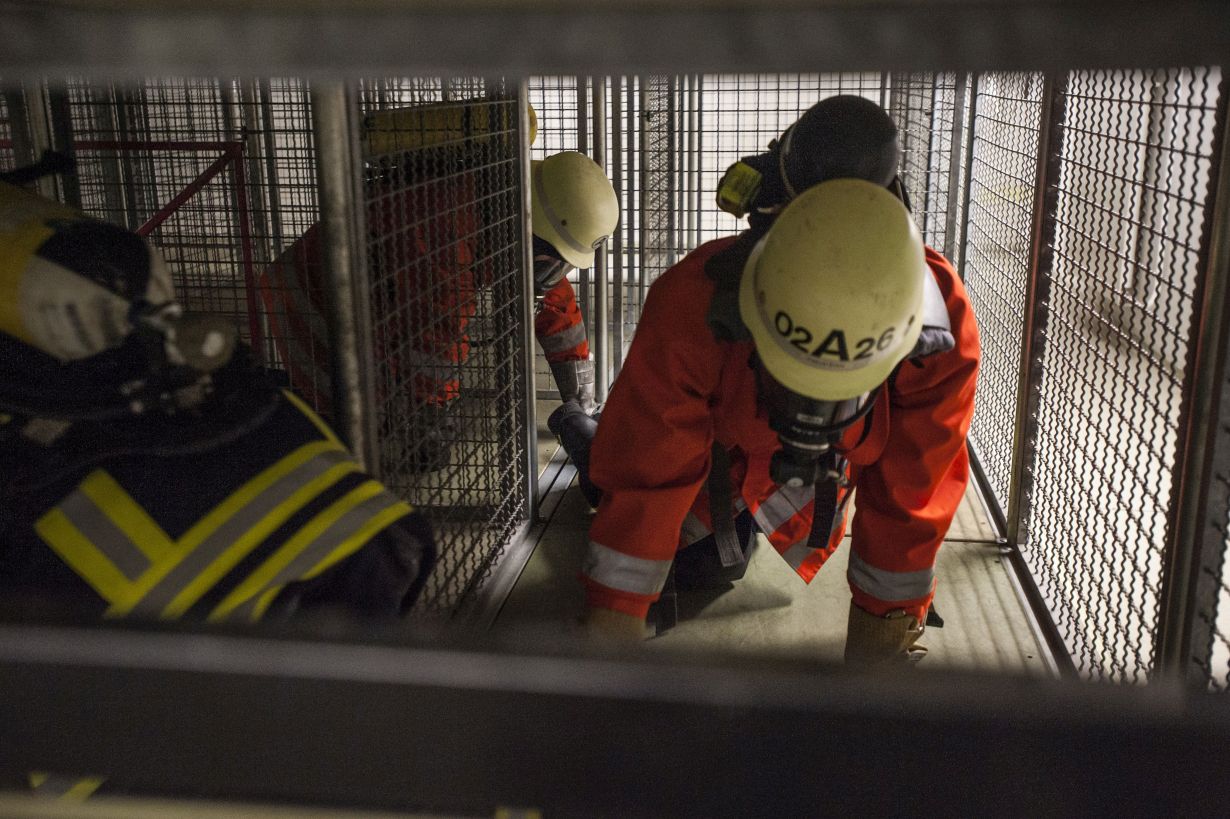 In the event of fires, earthquakes, or in other emergency situa-tions, rescue forces are often called to free persons caught in buildings. These rescue missions are very risky: Dangers are difficult to assess in advance and the helpers themselves may suddenly need help. To support them as quickly as possible, researchers of Karlsruhe Institute of Technology (KIT) have developed a system to locate injured or buried rescue forces in buildings. For positioning, no GPS signal is needed.

Conventional positioning methods that work well outdoors reach their limits when applied indoors. Satellite positioning by GPS, for instance, is very unprecise as soon as obstacles prevent direct vis-ual contact to the satellite. “In crisis situations, a WLAN signal for radio positioning may be lacking and construction plans of buildings are not always available,” says Nikolai Kronenwett of KIT’s Institute for Control Systems. “A technology for reliable indoor positioning is still lacking.” Together with Gert Trommer, retired professor of KIT, Kronenwett has now developed an autonomous system for locating rescue forces in buildings without any radio connection to the outside.

System Fixed to the Shoe Measures Direction and Speed

The measurement system of a few centimeters only in size can be fixed easily to the shoe of the user. From the accelerations and rotation rates measured by sensors, the direction and speed of movement of a person can be determined – a technology that is also used in smart watches. “The unique selling point of the measur-ing system is smart stance phase classification. A person’s gait is analyzed and four different phases are distinguished: The stance and roll-off phases, the swing phase, and loading response,” Kronenwett explains. This corresponds to a normal step forward. The sensors also detect when movement stops. These zero-speed measurements help estimate and compensate sensor errors and considerably improve positioning accuracy.

Before entering a building, the system determines the current posi-tion by GPS. Then, no further signals are needed. A person is posi-tioned with the help of an algorithm that calculates its current posi-tion from the movement information supplied by the sensors. Via an external, independent radio connection, current positions of all res-cue forces are transmitted to the commander’s computer. In case of an emergency, the exact locations of the persons are known and the commander can react quickly.

System on the Wrist Scans the Surroundings

In addition to the measurement system fixed to the foot, Kronenwett is also working on a system worn on the wrist. “The foot system precisely determines the position of the user, but does not transmit any information about the surroundings and the structure of the building,” the scientist says. “The hand-carried system contains a camera that scans the surroundings with infrared radiation and gen-erates a 3D model of the rooms through which the person moves.” In this way, the commander is given a better idea of the situation inside the building.

The measurement system cannot only be used for the positioning of rescue forces in distress. It can also be applied to locate police forces and security staff at airports, in shopping centers, or at train and underground stations, to find miners in underground caves or tunnels, or as an orientation aid for the blind.