Under Extreme Heat and Drought, Trees Hardly Benefit from an Increased CO2 Level

Studies of Aleppo Pines Reveal: The Increase in Carbon Dioxide (CO2) Concentration in the Atmosphere Does Not Compensate the Negative Effect of Climate Change 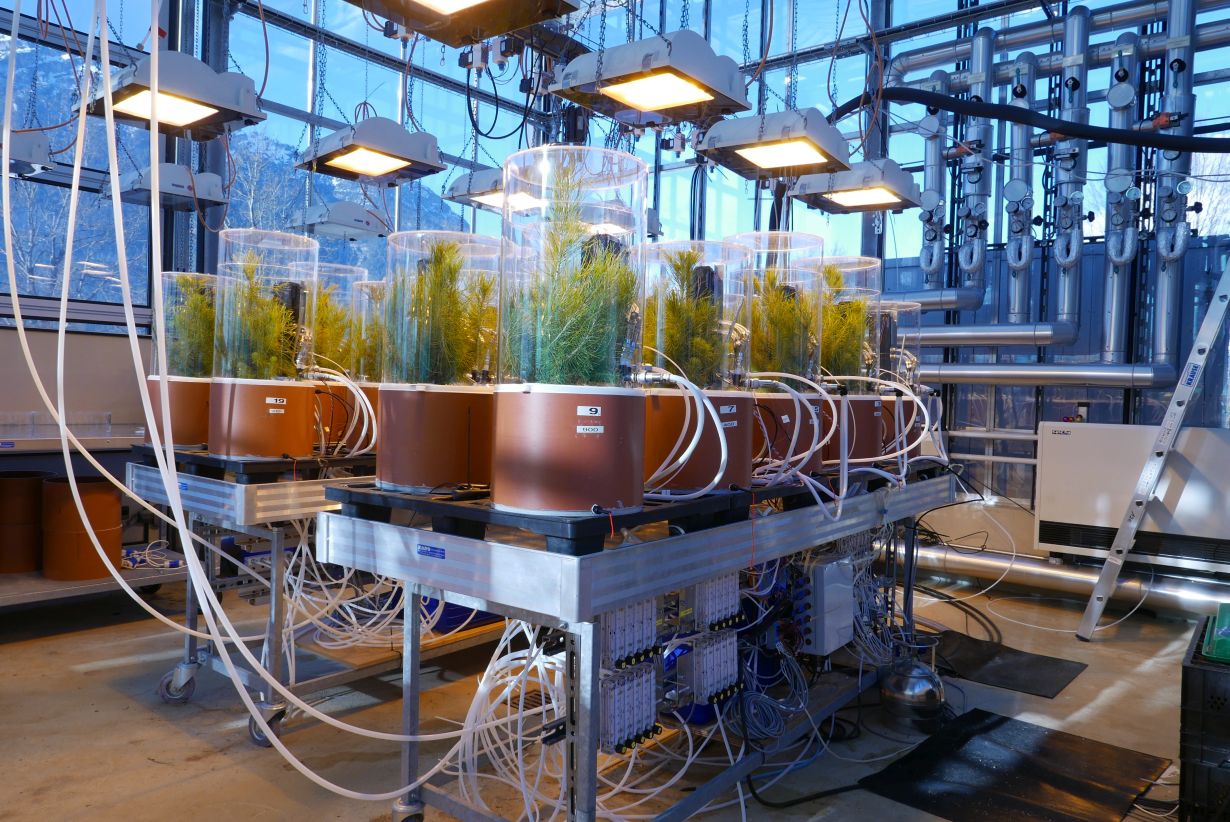 The increase in the CO2 concentration of the atmosphere does not compensate the negative effect of greenhouse gas-induced climate change on trees: The more extreme drought and heat become, the less do trees profit from the increased supply with carbon dioxide in terms of carbon metabolism and water use efficiency. This finding was obtained by researchers of Karlsruhe Institute of Technology (KIT) when studying Aleppo pines. Their study is reported in New Phytologist (DOI: 10.1111/nph.16471).

Due to greenhouse gas-induced climate change, trees are increasingly exposed to extreme drought and heat. The question of how the increased CO2 concentration in the atmosphere influences physiological reaction of the trees under climate stress, however, is highly controversial. Carbon dioxide is known to be the main nutrient of plants. By photosynthesis, plants use sunlight to convert CO2 and water into carbohydrates and biomass. Periods of drought and heat, however, increase the stress level of the trees. Their roots have difficulties reaching the water. To reduce evaporation losses, trees close the stomata of their leaves, as a result of which they take up less CO2 from the air.

These relationships have now been studied in more detail by the Plant Ecophysiology Lab of the Atmospheric Environmental Research Division of KIT’s Institute of Meteorology and Climate Research (IMK-IFU), KIT’s Campus Alpine in Garmisch-Partenkirchen. Together with scientists of Ludwig-Maximilians-Universität München, the University of Vienna, and Weizmann Institute of Science in Rechovot/Israel, KIT researchers studied the impact of an increased CO2 concentration on carbon metabolism and water use efficiency of Aleppo pines (pinus halepensis) under drought and heat.

As reported by the researchers in New Phytologist, they cultivated Aleppo pines from seeds under atmospheric as well as under a significantly increased CO2 concentration (421 ppm and 867 ppm). The one-and-a-half year old trees were then either watered well or left dry for a month. Then, they were planted into high-tech plant chambers and exposed to temperatures gradually increasing from 25°C to 40°C over a period of ten days. During this period, the scientists continuously measured gas and water exchange of the trees and analyzed vital metabolic products.