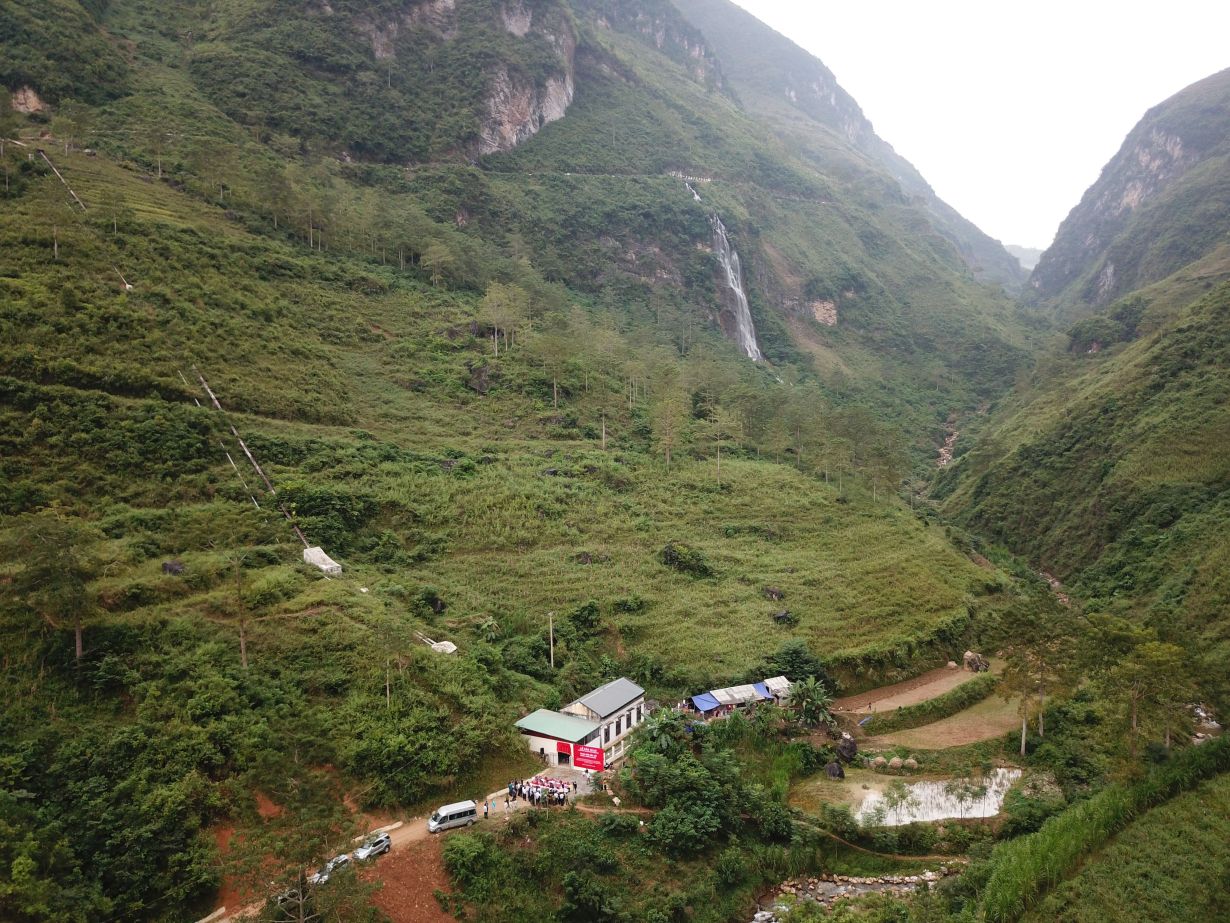 More than 20 percent of the world’s population are dependent on karst groundwater. In these regions, large amounts of water seep into the porous rock and are available at great depths only. Moreover, karst water is susceptible to pollution. Use for sustainable water supply is a challenge in threshold and developing countries. With the Seo Ho water pumping plant, scientists of Karlsruhe Institute of Technology (KIT) have now implemented a viable water supply system in North Vietnam within the framework of the KaWaTech Solutions project. The Federal Ministry of Education and Research (BMBF) will fund the project until 2020.

The plant’s capacity is sufficient to supply about 10,000 people on the Dong Van karst plateau near the Chinese border with water irrespective of rain and drought periods. The plant was designed and built after long years of research and development work within the KaWaTech Solutions project funded by the BMBF. It was opened officially by the project team, representatives of the BMBF and the Vietnamese Ministry of Science and Technology as well as of the People’s Committee of Hà Giang Province in North Vietnam.

The innovative concept is based on the existing infrastructure of the Seo Ho hydropower station built in the 1990s. It is fed from Seo Ho River and so far has been used for power generation only. The power station designed for a flow rate above 1000 l/s has only been operated efficiently during the rainy and transition seasons so far. In dry months, it was shut down for several months due to strongly decreasing flow rates and the associated decrease in the efficiency of the turbines. “This phenomenon is known for many hydropower stations in tropical and subtropical climate zones,” says Professor Franz Nestmann, Head of the Institute for Water and River Basin Management (IWG) of KIT.

For the economically efficient operation of the plant in the dry season and reliable supply of the people with water, the interdisciplinary team developed a special concept to pump the water to the about 400 m higher mountain settlements and the district capital of Dong Van City via a high-pressure pipeline.

The concept is based on a bypass system with two small inversely operated pumps as turbine replacement that reach their best efficiencies at a flow rate of 40 l/s. The hydropowered “turbines” mechanically drive two shafts directly coupled to the water pumps. The two modules of pump and turbine or pumps as turbine replacement efficiently pump up to 1.5 million liters water daily without consuming electric power. This amount by far exceeds current consumption.

“We have developed a completely energy-independent, economically and ecologically sustainable system that can be operated easily and with little maintenance expenditure,” says Dr. Peter Oberle, scientist of IWG. Within the project, experts additionally installed a comprehensive water monitoring system, restored the local water management infrastructure, developed optimized concretes for the hydraulic systems based on the construction materials available, and implemented a self-regulating multi-chamber system for just and flexible water distribution.

“Within this project, we have developed technologies and concepts that will be of benefit to the people not only in North Vietnam, but hopefully also in other karst water regions in the world,” both KaWaTech project managers emphasize. It is planned to further accompany, optimize, and extend the new pumping and distribution system on Seo Ho River during future permanent operation. In 2020, construction of a water processing plant and decentralized use of solar-operated pumps are planned. 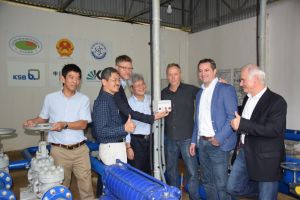 The KaWaTech Solutions research project is funded by the Federal Ministry of Education and Research (BMBF) and scheduled to run until the end of 2020. It is the follow-up project of the KaWaTech Vietnam project executed from September 2013 to August 2016. Under the management of KIT, German and Vietnamese partners from universities, research institutions, industry, and authorities are involved in the project. KIT partners of the project are the Institute for Water and River Basin Management (IWG), the Hydrogeology and Aquatic Geochemistry Divisions of the Institute of Applied Geosciences (AGW-HYD) and AGW-AqG), and the Institute of Concrete Structures and Building Materials (IMB).