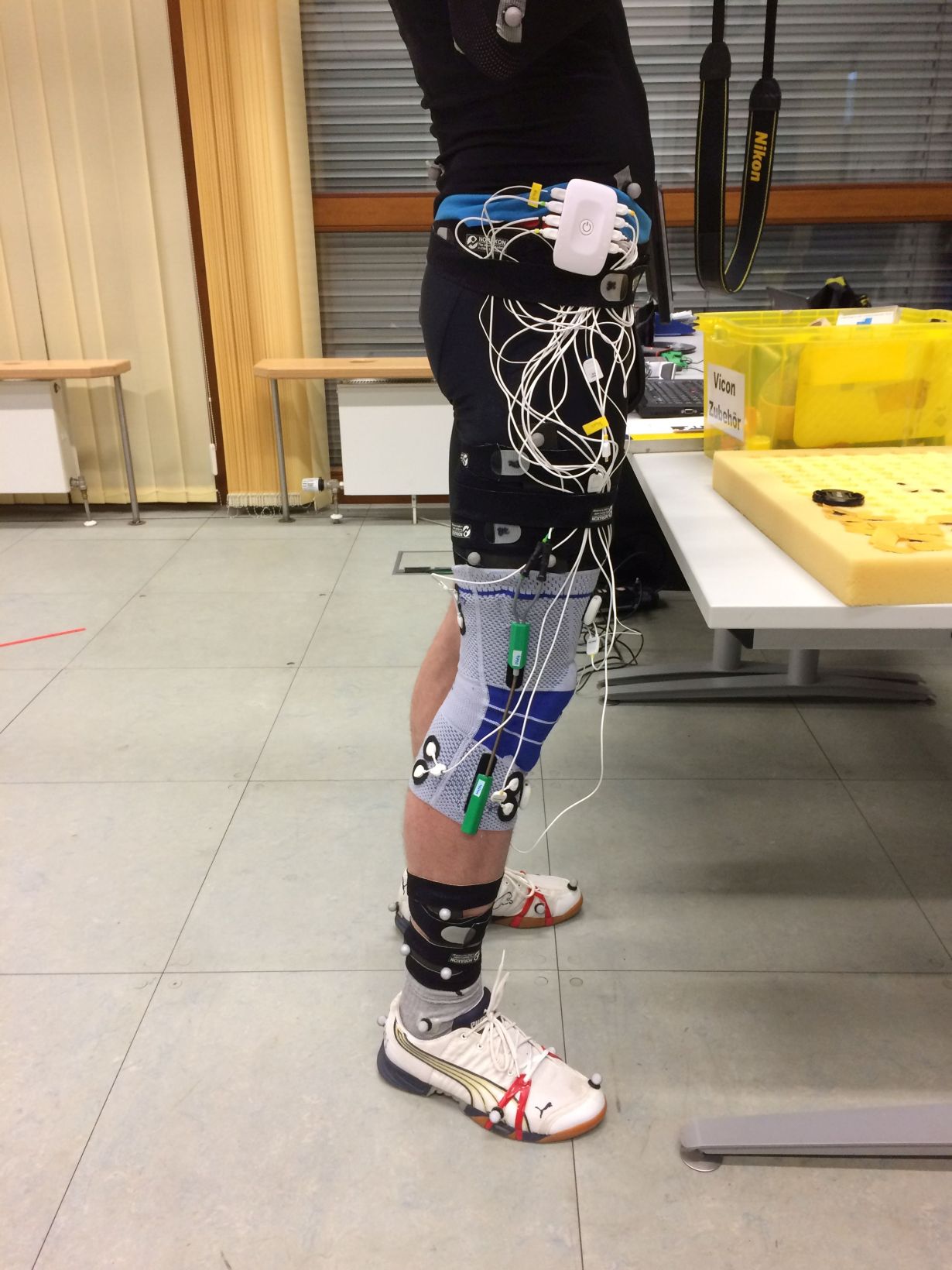 “Anthrokinemat,” a smart knee bandage, is to support arthrosis patients in determining the right amount of daily exercise. All relevant data on the strains of the joints are collected and transferred to the patient’s mobile phone. Development of the bandage is based on work of sports scientists of Karlsruhe Institute of Technology (KIT), which was funded by the Federal Ministry for Economic Affairs and University Energy (BMWi) in the past three years. Project partners are the of Bremen, the bandage manufacturer Bauerfeind, and the sensor technology company ITP. Within a follow-up research project, a prototype will be developed.

“In preventing and treating arthrosis, the right amount of exercise plays an important role apart from the patient’s weight and nutrition,” sports orthopedist Professor Stefan Sell of KIT’s Institute of Sports and Sports Science (IfSS) says. Finding the right level of exercise is not easy, he adds, and only few people and well-trained athletes are able to correctly interpret the signals of their body without expert support. The smart bandage is equipped with a number of sensors that transmit a signal to the patient’s mobile phone to warn him/her against exceeding the strain limit. “Arthrosis patients should do intensive exercise for a certain time every day,” Sell recommends. Excessive strain, such as a hiking tour of several hours, however, might stress the damaged joints and cause weeks of pain.

The biggest challenge in the development of the bandage so far has been the search for an appropriate algorithm to quantify knee strain, Professor Thorsten Stein says. The Head of the BioMotion Center of IfSS points out: “Sensors can only measure movement, but not strain proper. In the case of arthrosis, joints should not be strained too much. That is why we have to estimate as precisely as possible the forces acting inside the knee.” To solve this problem, machine-learning algorithms – artificial neural networks – are used. The algorithm is trained with movement data and automatically learns to estimate the forces in the knee resulting from a movement. Some research findings have already been published in the Sensors journal by the groups of Sell and Stein.

“Arthrosis is rather widespread,” Stefan Sell says. According to official statistics, about 35 million people in Germany display radiological symptoms of arthrosis and about 10 millions of them suffer from the manifest disease. As joint degeneration increases with increasing age, every fourth German citizen above 50 years of age and about 80% of people older than 75 suffer from arthrosis. The spine is affected most often, followed by arthrosis of knee and hip joints.