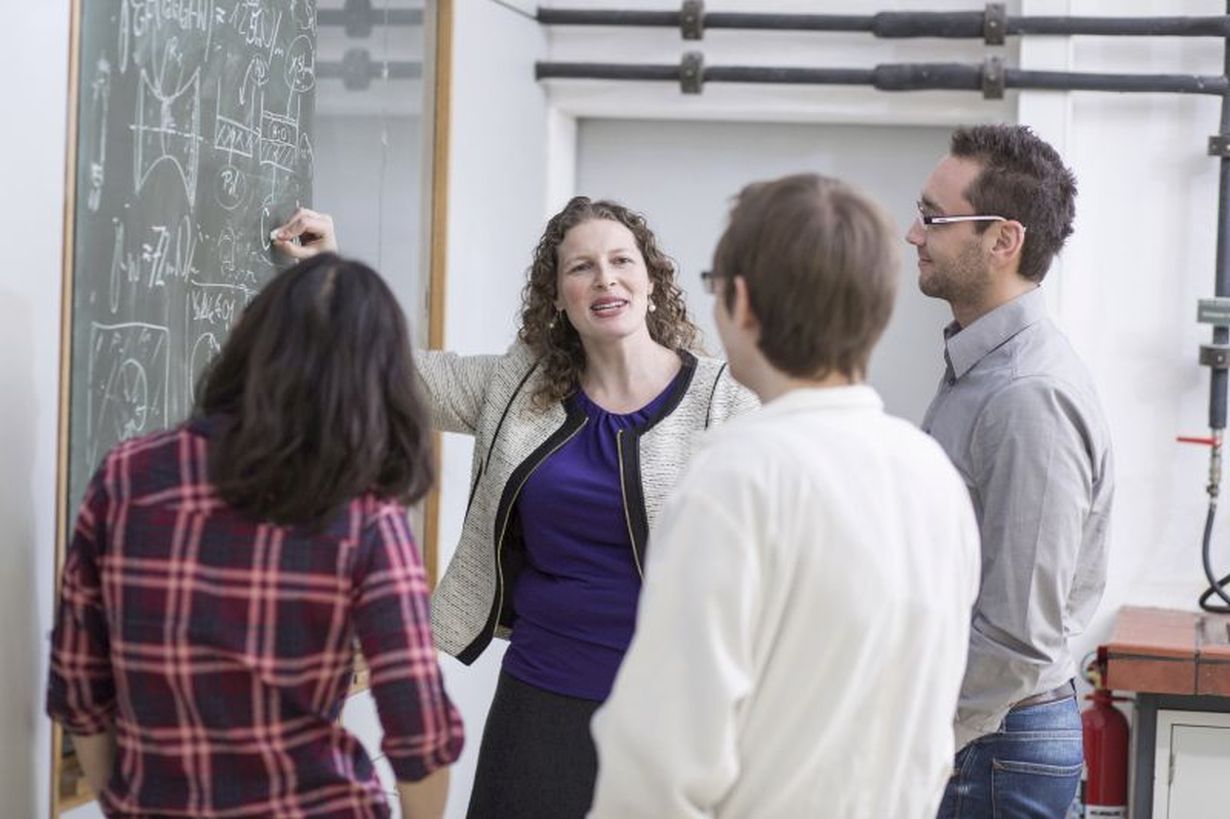 Early-stage researchers need perspectives. For this reason, KIT opens up transparent and plannable career paths for early-stage researchers, among others by the consistent introduction of tenure-track professorships. Recently, the Joint Science Conference in Berlin, in the presence of Federal Minister of Education and Research, Anja Karliczek, agreed to fund another six tenure-track professorships at KIT within the Federal-states Program Promoting Young Scientists.

“Early-stage researchers essentially contribute to research, teaching, and innovation at KIT,” says KIT Vice-President for Research, Professor Oliver Kraft. “We plan to extend the reliable framework for KIT’s research and to anchor transparency and plannability of career paths more deeply in the culture of KIT. The funds acquired will be valuable means to reach these goals.”

Tenure track refers to a transparent procedure of granting permanent employment in science after a successful probationary phase. Upon quality assurance, professors that are initially appointed for a limited period of time are granted a permanent professorship contrary to classical habilitation with unclear career perspectives. The tenure-track criteria are agreed upon by the university and the appointed professor in a clearly defined and transparent process at the beginning of employment, i.e. shortly after the doctorate of the candidate. At defined points of the professor’s career, evaluations take place.

KIT’s human resources policy is based on the principles of reliability, clarity, and transparency. This is also reflected by KIT’s staff development concept in terms of tenure track, advanced education, quality assurance, and gender equity. The goals are plannable career paths, transparency of employment options, international competitiveness and attractiveness, and the compatibility of scientific careers with families.

KIT supports early-stage researchers on various levels by extensive programs and measures. In 2008, the Young Investigator Network (YIN) was established for networking, representation of interests, mentoring, and further education. Since 2013, tenure-track professorships have been offered for obtaining a permanent professorship at an early stage. KIT’s career system also includes options for work as scientists or senior scientists. On all career levels, KIT’s equal opportunity plan annually specifies target shares for female scientists.

To improve framework conditions for early-stage researchers and tenure-track professors, KIT’s support concept envisages a variety of measures. Courses for advanced education and further training, staff appraisal interviews, and staff and appointment planning interviews play an important role. In addition, quality assurance is implemented on various levels. Interim evaluations provide regular feedback on the state of the scientific career and ensure transparency and reliability. As the phase of starting a family and the qualification phase may coincide in time, special measures are offered, such as extended leaves in case of the birth or adoption of a child, family-friendly working time schemes, extensive childcare, career counseling of partners and spouses, or general and individual assistance.

Press release on the first round of the program: