Jury Selects 12 Finalist Films for the Program of the AI Science Film Festival from July 3 to 5, 2019 / Event As Part of Science Year 2019 – Artificial Intelligence 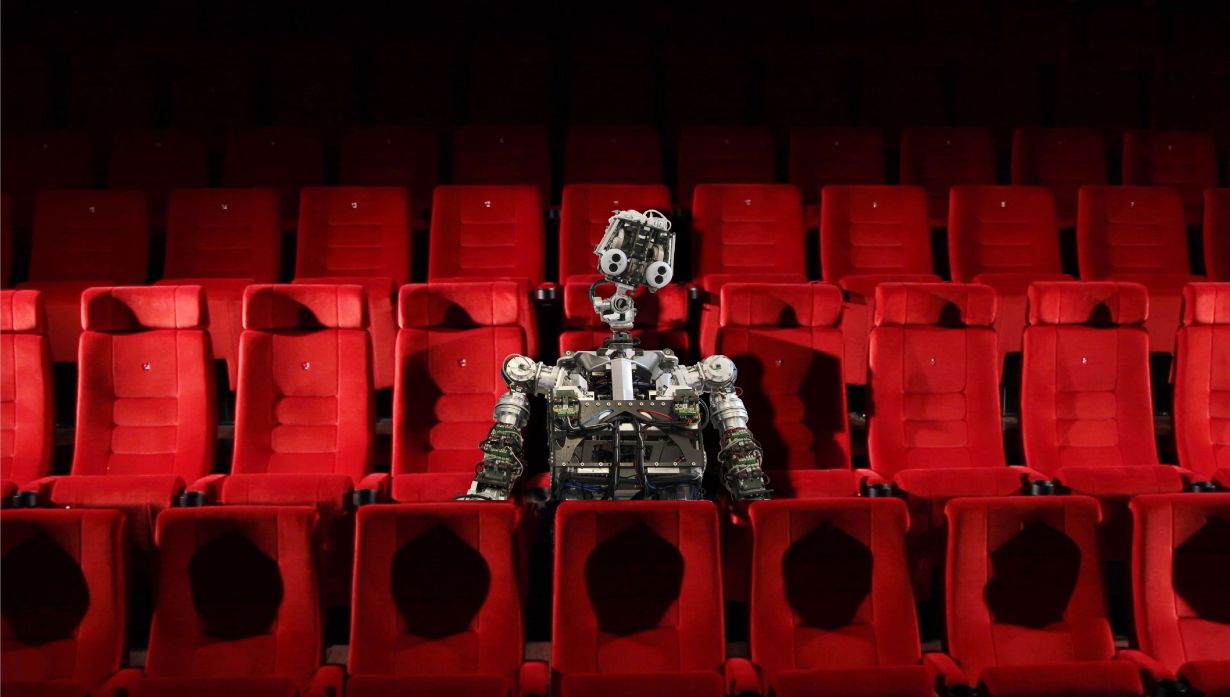 Artificial intelligence and robots in our society are the focus of the AI Science Film Festival organized by KIT. Picture: ZAK, KIT

Around 50 filmmakers from 13 countries have submitted their works on artificial intelligence (AI). 12 films are now in the race for the AI Science Film Award organized by KIT which will be presented as part of the Science Year 2019 – Artificial Intelligence in Karlsruhe on Friday, July 5, 2019.

A cyborg as a childminder, a robot as a nurse and a tour through the gallery of forgotten professions in 2068: films can take us into a future where AI will play a major role. They can raise questions and pick up on hopes and fears. Because AI is already considered a key technology. Many see it as a great promise that will make our lives better and easier, such as in the fields of health and mobility. Others warn against the dangers and conjure up negative scenarios in which people lose control more and more. What can AI achieve? What are its opportunities, and what are its downsides? What does it mean for people?

“With the science film festival we want to inspire all generations. Old and young, with or without a scientific background, film buffs and spontaneous casual visitors alike,” says Professor Caroline Y. Robertson-von Trotha, founding director of ZAK | Center for Cultural and General Studies at KIT and scientific director of the festival. “We want to get together with people who are interested in this subject and discuss AI technologies with them.”

By the end of March 2019, around 50 filmmakers from 13 countries had submitted their works to the AI Science Film Festival. A jury of experts has now selected 12 finalists – six feature films and six short films.

The selected films will be screened on July 3 and 4, 2019; admission is free. What’s more, filmmakers and experts will discuss the subject of AI. The festival is concluded by a gala evening including the award ceremony for the winning films on July 5, 2019 at 9 pm on the stage of the EFFEKTE science festival in Karlsruhe where the best feature film, with a prize of 3,000 euros, and the best short film (2,000 euros) will receive the AI Science Film Award. In addition, an audience award and three honorable mentions by the jury for the best up-and-coming artist, the best artistic contribution and the best sociocritical contribution will be presented.

The AI Science Film Festival in the Science Year 2019 – Artificial Intelligence is organized by ZAK | Center for Cultural and General Studies at Karlsruhe Institute of Technology (KIT) together with Central Communications at KIT and sponsored by the Federal Ministry for Education and Research.

The AI Science Film Festival program with the 12 finalists:

Friday, July 5, 2019 at 9 pm, gala evening including award ceremony on the EFFEKTE stage, Otto-Dullenkopf-Park at Schloss Gottesaue in Karlsruhe

For more information go to

Artificial intelligence is the topic of the Science Year 2019. Systems and applications that are based on artificial intelligence are already part of our lives in many ways: industrial robots that carry out hard or monotonous work, and smart computers that can process huge amounts of data in a short period of time – and are therefore indispensable for science and research. Not to mention virtual assistance systems which have become our everyday companions. Digitalization and automation will continue to progress. What opportunities are opening up? And which challenges do we have to face? What is the impact of this development on our social interactions? In the Science Year 2019, citizens are called upon to find answers to these and other questions in a dialog with science and research.

The science years are an initiative of the German Ministry for Education and Research (BMBF) together with Science in Dialog (WiD). As a central instrument of science communication, they bring research into the public domain and support the dialog between research and society.