For the first time, a neural network matches the precision of human experts in determining the arrival-time of seismic waves – publication in the Seismological Research Letters journal 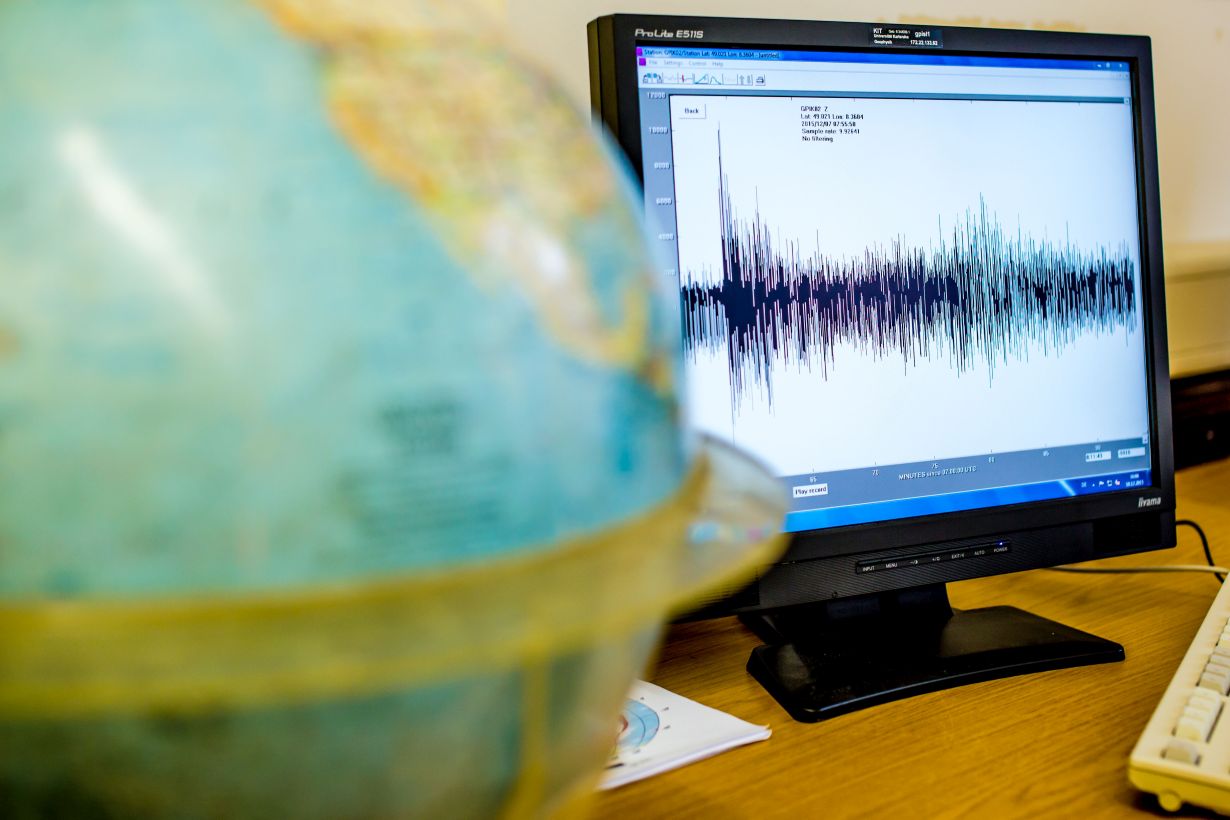 Until now, a lot of human expertise was required to evaluate seismic waves. The neural network of KIT now allows for a faster evaluation of more data. (Photo: Manuel Balzer, KIT)

The challenge to analyze earthquake signals with optimum precision grows along with the amount of available seismic data. At the Karlsruhe Institute of Technology (KIT), researchers have deployed a neural network to determine the arrival-time of seismic waves and thus precisely locate the epicenter of the earthquake. In their report in the Seismological Research Letters journal, they point out that Artificial Intelligence is able to evaluate the data with the same precision as an experienced seismologist. (DOI: 10.1785/0220180312)

For precisely locating an earthquake event, it is critical to determine the exact arrival-time of the majority of seismic waves at the seismometer station (the so-called phase arrival). Without this knowledge, further accurate seismological evaluations are not possible. Such evaluations can be very useful in predicting aftershocks that sometimes cause more serious damage than the initial main earthquake. By precisely locating the epicenter, even physical processes occurring deep inside the Earth can better be distinguished, and this, in turn, allows inference about the structure of the Earth’s interior. “Our results show that Artificial Intelligence can significantly improve earthquake analysis – not only with the support of large data volumes, but also if only a limited dataset is available,” explains Professor Andreas Rietbrock from the Geophysical Institute (GPI) at KIT.

The evaluation of the recorded seismograms, which is called phase picking, helps determine the arrival-times of the individual phases. Traditionally, this is a manual procedure. The precision in manual phase picking may be affected by the subjectivity of the seismologist in charge. Most notably, however, a manual evaluation meanwhile requires unacceptable time and staff resources, due to the growing amount of seismic data and the higher density of the seismometer networks. Automated evaluation has become necessary in order to leverage all available data quickly. Indeed, the phase picking algorithms developed so far are not able to deliver the precision achieved with manual picking by an experienced seismologist – due to the extreme complexity of the formation and propagation of earthquakes, with many physical processes acting on the seismic wave field.

Artificial Intelligence (AI), however, is able to match the human precision when evaluating this data. This has now been revealed by scientists from the GPI, the University of Liverpool, and the University of Granada. According to their report in the Seismological Research Letters journal, the researchers used a convolutional neural network (CNN) to determine the phase onsets in a seismic network in Chile. CNNs are inspired by biological neural systems and arranged in different tiers of interconnected artificial neurons. In so-called Deep Learning, which is one of the Machine Learning methods, detected and learned features are passed from one tier to the next, being refined more and more in this process.

During an earthquake, different types of seismic waves propagate through the Earth. The main types are called compressional or primary waves (P-waves) and shear or secondary waves (S-waves). First, the faster P-waves arrive at the seismological station, followed by the slower S-waves. Seismic waves can be recorded in seismograms. The researchers trained the CNN using a relatively small dataset covering 411 earthquake events in the north of Chile. Then, the CNN determined the arrival-time of unknown P-phases and S-phases, while matching the precision as an experienced seismologist with manual picking or even delivering a higher precision than a classic picking algorithm.