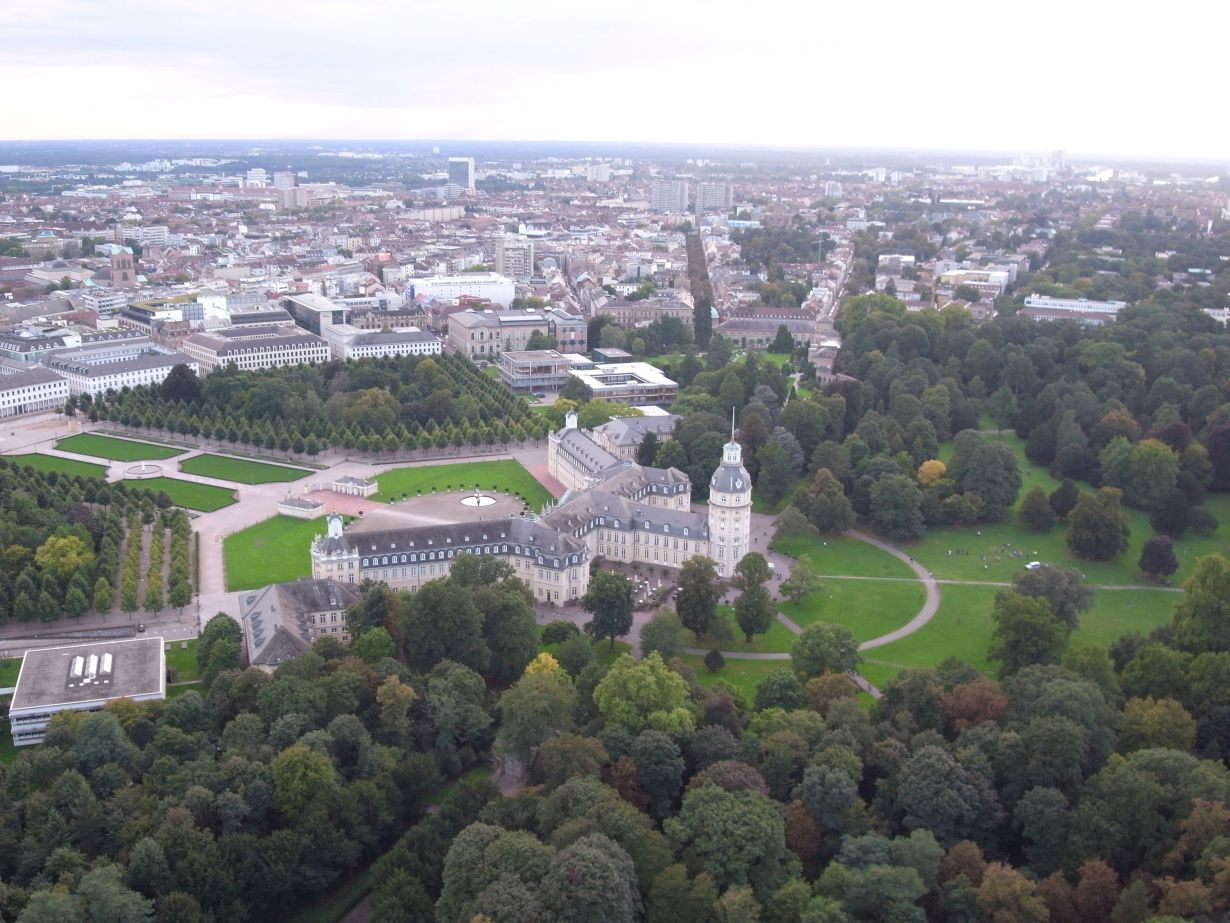 Urban park or forest areas, such as the Karlsruhe Palace Gardens shown here, are more important than ever to a good urban climate. (Photo: Sebastian Mang, KIT)

Healthy trees can effectively cool down cities during heat periods. To do this, however, they will have to be highly resistant to the impacts of climate change in future. Technology assessment researchers of Karlsruhe Institute of Technology (KIT) develop strategies to adapt the conservation and management of urban green areas to the new challenges. They cooperate with citizens and responsible authorities in Karlsruhe and Rheinstetten within the “Green Lungs” project that is funded by the Federal Ministry of Education and Research (BMBF) with a total of EUR 1.4 million.

Along streets, in residential areas, parks, gardens, on cemeteries, and even in industrial areas, trees and smaller forests are more than just nice to look at for the urban population. As “green lungs,” they provide a multitude of ecosystem services for the constantly growing cities. They clean the air by binding CO2 and exhaust gas particles. At the same time, they provide shade and cool down their surroundings by releasing humidity. All these qualities are of highest relevance in view of progressing climate change.

And also climate change has to be considered. Observations suggest that trees that do not grow in their natural, but in a built environment are more susceptible to the impacts of global warming, such as heat waves, droughts, storms, or heavy rainfall. Ecophysiological processes, such as photosynthesis and transpiration, i.e. the evaporation of water via leaves, of domestic tree species in particular might lose intensity in future.

More Resilience for the Green Lungs of the Cities

This is the point of departure of the project. KIT scientists plan to develop short-term and long-term strategies to enhance the resilience of urban forests and to even improve their ecosystem services in the ideal case. For this purpose, the ITAS team coordinates an interdisciplinary project consortium funded with EUR 1.4 million under the BMBF program “Zukunftsstadt” (future city). Project partners are the Research Centre Human Biometeorology of the German Weather Service (DWD) and the Baden-Württemberg Forest Research Institute (FVA) in Freiburg as well as the cities of Karlsruhe (garden and forest departments) and Rheinstetten (building authority).

“In the next three years, we will study the influence of air pollution and drought on growth and ecosystem services of urban trees and forests,” Project Head Saha says. Measurement campaigns in Karlsruhe region are to provide this information. On this basis, the researchers will analyze how trees can mitigate heat stress in urban areas most effectively. Analysis will cover the selection of tree species that are particularly suited thanks to their specific properties. In addition, the researchers want to analyze bigger relationships and develop both close to nature and economically efficient greening concepts for urban districts, parks, streets, and forests. The findings obtained are planned to be implemented in Karlsruhe and Rheinstetten.

Research will be accompanied by various transdisciplinary activities. The Green Lungs project is aimed at initiating dialog and knowledge transfer among citizens, gardeners, foresters, scientists, and political decision-makers in Karlsruhe and Rheinstetten and at increasing public awareness of the importance of a green city with a healthy population of plants. Various activities are planned in particular at the ITAS-operated real-world lab “District Future – Urban Lab” and its “Future Space” in the Karlsruhe Oststadt district.