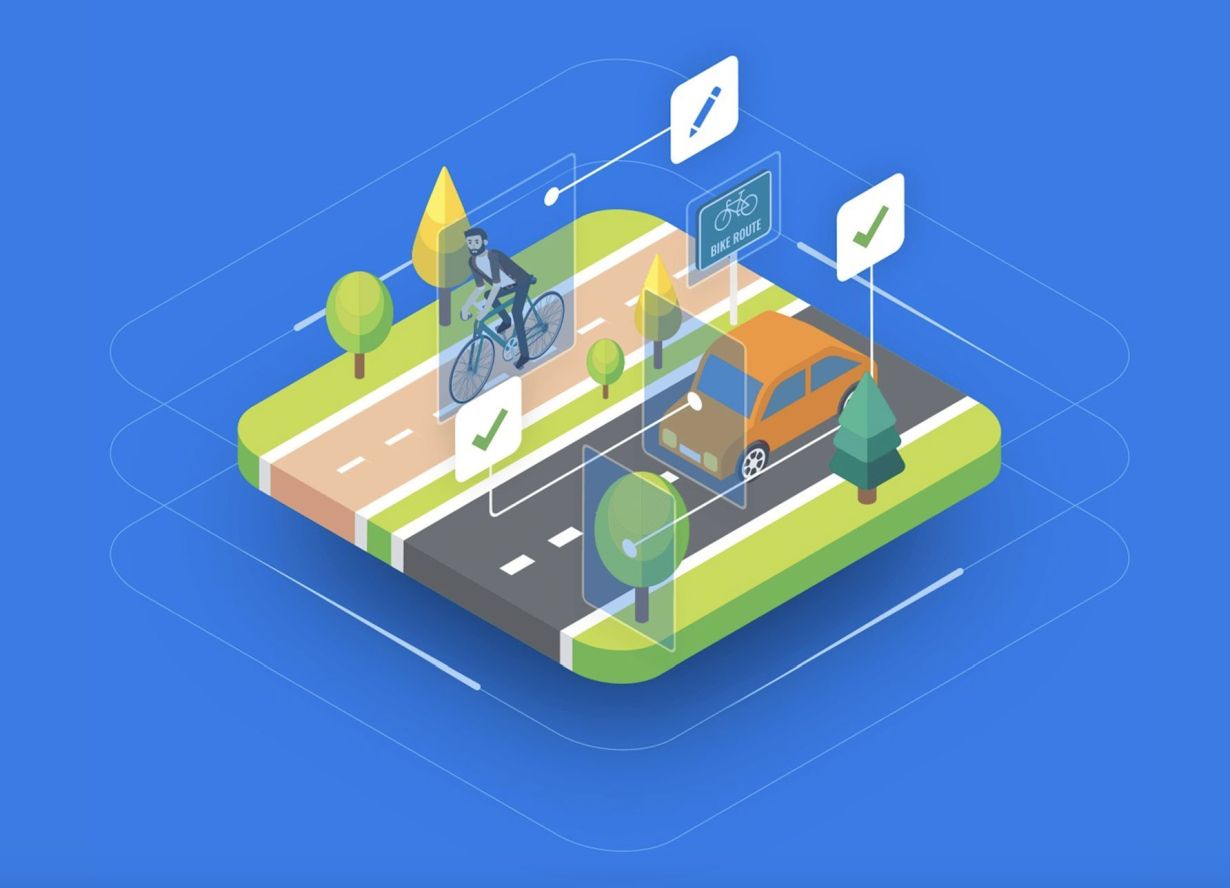 Autonomous cars must perceive their environment true to reality. The corresponding algorithms are trained using a large number of image and video recordings. For the algorithm to recognize single image elements, such as a tree, a pedestrian or a road sign, these are labeled. Labeling is improved and accelerated by understand.ai, a startup established by computer scientist Philip Kessler, who studied at Karlsruhe Institute of Technology (KIT), and his co-founder Marc Mengler.

“An algorithm learns by examples and the more examples exist, the better it learns,” Philip Kessler says. For this reason, automotive industry needs a large amount of video and image material in machine learning for autonomous driving. So far, objects on the images have been labeled manually by human staff. “Big companies, such as Tesla, employ thousands of workers in Nigeria or India for this purpose. The process is troublesome and time-consuming,” Kessler explains. “We at understand.ai use artificial intelligence to make labeling up to ten times quicker and more precise,” he adds. Although image processing is highly automated in large parts, final quality control is made by humans. Combination of technology and human care is particularly important for safety-critical activities, such as autonomous driving,” the founder of understand.ai says. The labelings, also called annotations, in the image and video files have to agree with the real environment with pixel accuracy. The better the quality of the processed image data, the better is the algorithm that uses these data for training.

“As training images cannot be supplied for all situations, such as accidents, we now also offer simulations based on real data,” Kessler says. Although the startup focuses on autonomous driving, it also plans to process image data for training algorithms to detect tumors or to evaluate aerial photos in the future. Leading car manufacturers and suppliers in Germany and the USA are among the clients of the startup established by Kessler and Marc Mengler in 2017. The company’s main office is located in Karlsruhe. Some of the more than 50 employees are working at offices in Berlin and San Francisco. In 2018, the startup was granted startup funding in the amount of USD 2.8 million by a group of private investors.

In 2012, Kessler, born in Braunschweig, started to study informatics at KIT, where he became interested in artificial intelligence and autonomous driving when developing an autonomous model car in the KITCar students group. He considered work in the PionierGarage university group for student entrepreneurs and his one-year stay with Mercedes Research in Silicon Valley, where he focused on machine learning and data analysis, “highly motivating” for establishing his own business.

“Nowhere else can you learn more within a shortest period of time than in a startup. Recently, the interest of big companies in cooperating with startups increased considerably,” the 26-year-old founder says. He thinks that Germany sleepwalked through the first wave of artificial intelligence, in which it was used mainly in entertainment devices and consumer products. “In the second wave, in which artificial intelligence is applied in industry and technology, Germany will be able to use its potential,” Kessler is convinced.