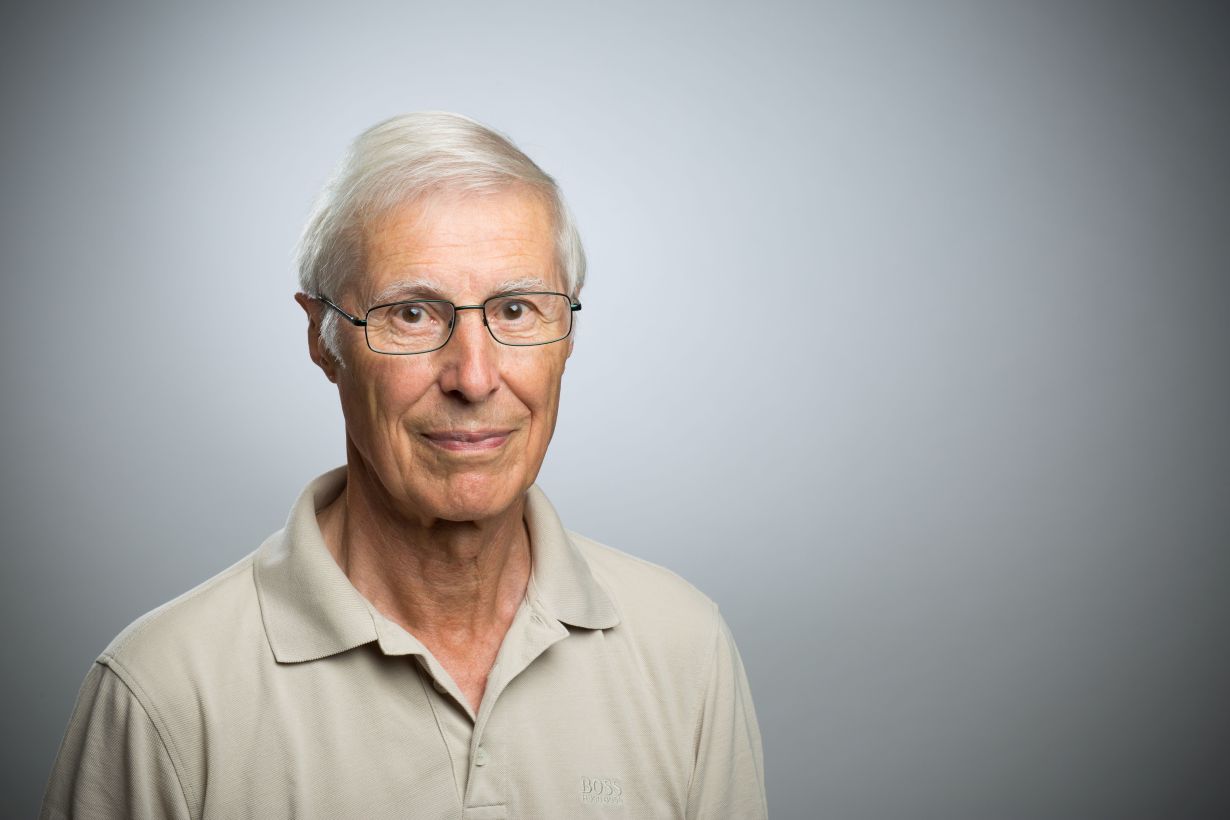 Peter Würfel, professor emeritus of Karlsruhe Institute of Technology (KIT), is awarded the Becquerel Prize 2018. With this prize, the European Commission honors the physicist’s fundamental contributions to the theory of photovoltaic energy conversion. Peter Würfel developed basic findings relating to the conversion of light energy into electric energy and presented them in his highly regarded book “Physik der Solarzellen” (physics of solar cells). Würfel is considered one of the pioneers of comprehensive photovoltaics research at KIT.

The Becquerel Prize will be awarded at this year’s “European Photovoltaic Solar Energy Conference” in Brussels on September 24, 2018. The Prize is named after Alexandre Edmond Becquerel (1820 – 1891) who was the first to observe photovoltaic processes in 1839. The European Commission has been awarding the Becquerel Prize for outstanding merits in the development of photovoltaics since 1989, the year of the 150th anniversary of Becquerel’s classical experiments in which he discovered the photovoltaic effect.

Peter Würfel, retired professor of KIT’s Institute of Applied Physics (APH), essentially contributed to the understanding of photovoltaic energy conversion. While working at Universität Karlsruhe (TH), one of the precursory institutions of KIT, he consistently applied a thermodynamic concept to explain conversion of radiation energy into electric energy, to present physical limits of the achievable efficiency of solar cells, and assess concepts for efficiency increase. His well-known book “Physik der Solarzellen” (physics of solar cells) presents the thermodynamics and optoelectronics of solar cells in high detail. The findings of Peter Würfel paved the way for new photovoltaic technologies, such as selective contacts to reduce the loss of charge carriers and, hence, increase current flow of solar cells. The work of Professor Würfel also influenced the development of new methods for characterizing solar cells, such as luminescence analysis. During several research stays at the University of New South Wales in Sydney with the renowned solar energy researcher Professor Martin Green, Peter Würfel developed important publications on the efficiency of novel solar cell concepts.

Innovative Materials and Production Processes: Photovoltaics Research at KIT – From Fundamentals to Application

Today’s photovoltaics research at KIT focuses on various approaches to low-cost, environmentally compatible, and efficient solar cells. Researchers of many institutes of KIT cooperate with other universities and research institutions as well as with industrial companies to study innovative materials and concepts. Work extends from physical fundamentals to application. A focus lies on thin-layer photovoltaics as an alternative to conventional silicon technology. Research covers novel semiconductors, such as perovskites or CIGS (copper-indium-gallium-diselenide) and their nano- and microstructures as well as organic materials, such as highly cross-linked polymers. The semiconductors and organic materials promise to result in low-cost and environmentally compatible production processes. Moreover, they allow for flexible designs for e.g. facades and windows as well as for mobile applications, an example being solar glasses. Among the production methods are wet chemistry methods, printing, such as roll-to-roll printing on large-area flexible substrates, and deposition of semiconductor materials in a vacuum. Scientists characterize single material layers and their combination in solar cells with various materials science methods. Among others, they use synchrotron radiation of large particle accelerators. In addition, fundamental physical processes of light-matter interaction are investigated to optimize absorption of sunlight in solar cells.

KIT researchers also work on tandem solar cells that combine various materials, such as perovskite with CIGS or silicon, or use complementary absorbing organic semiconductors. Such combinations of materials reduce losses in the absorption of sunlight and, thus, increase the efficiency of solar cells. An important aspect of photovoltaics is light management: to suppress the reflection of sunlight and reduce losses, scientists provide the surface of solar cells with biomimetic nano- or microstructures, such as structures of flower petals. To increase the distance covered by the light inside solar cells and, hence, reduce the material consumed to reach the same absorption, KIT researchers apply layers with periodic or disordered nanopatterns. Furthermore, electric contact wires at the surface of solar cells can be coated with optical metamaterials. These materials act like an invisibility coat and guide the light around the contacts in order to prevent shadow effects.

Grids and Storage Concepts for the Energy Transition

The interaction of solar modules, inverters, and batteries is studied at the Solar Power Storage Park on Campus North of KIT. With more than 100 modules producing 1 megawatt of total power and a battery storage system of several dozens of kilowatt hours, the Solar Power Storage Park of KIT is the biggest park of its kind in Germany. Here, researchers study how renewable energies can be controlled by novel prognosis and control algorithms, buffered smartly, and fed into the grid in a demand-driven and system-compatible way.