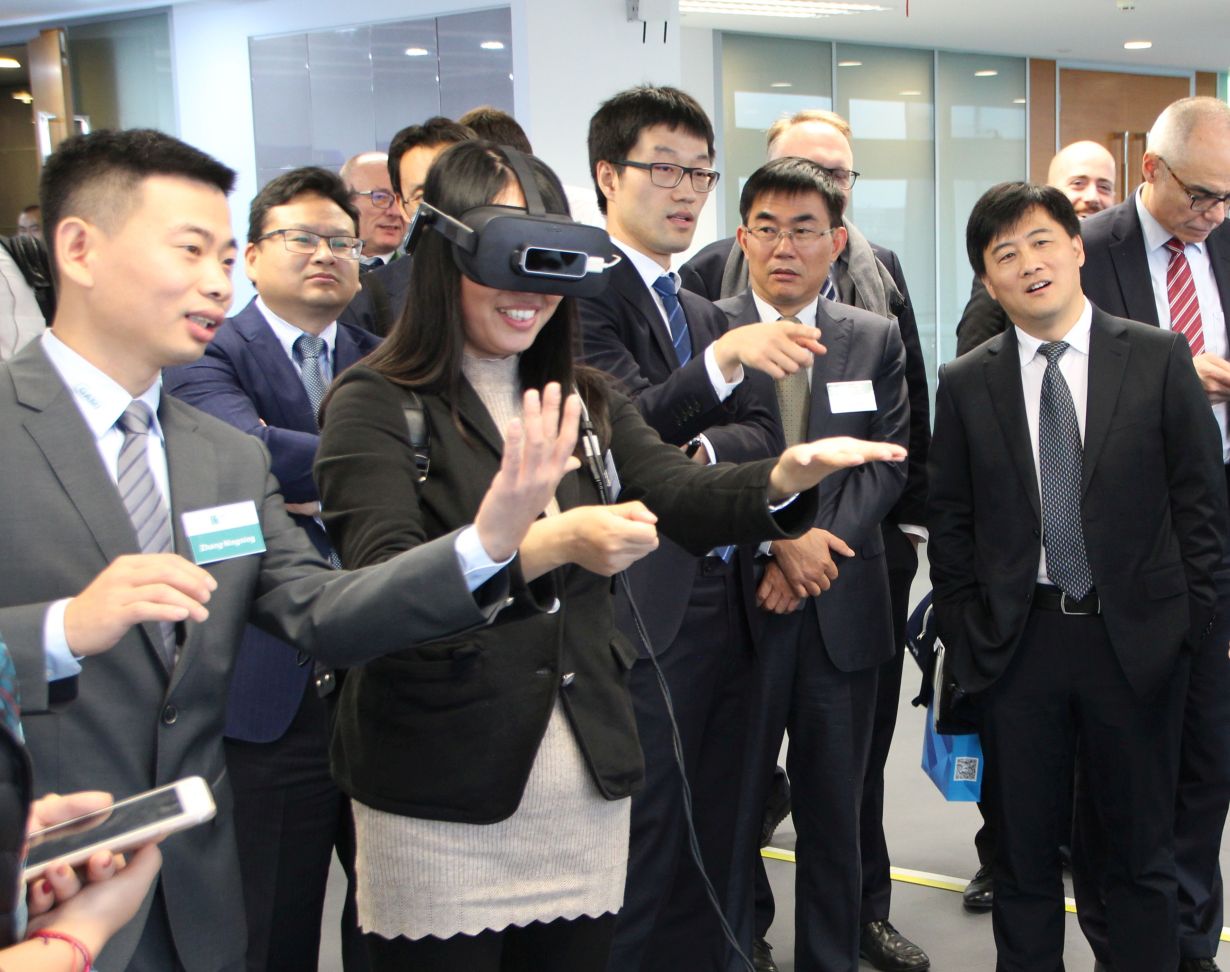 On the tenth anniversary of GAMI, the new artificial intelligence research factory is opening in industrial production. (Photo: GAMI/KIT)

More than 130 active cooperation projects with more than 40 Chinese partners show that the cooperation between Karlsruhe Institute of Technology (KIT) and its partners in the People's Republic of China is extremely versatile. The foundation for this was laid in 2008 by the Global Advanced Manufacturing Institute (GAMI) in Suzhou, which promotes the exchange of knowledge and scientists on site.  GAMI is celebrating its tenth anniversary today (November 8, 2018) with the opening of a new research center for artificial intelligence.

“Science knows no barriers between countries or languages, so international cooperation is an integral part of KIT. It is essential to drive research, teaching and innovation with a view to the future,” says Professor Thomas Hirth, Vice President for Innovation and International Affairs at KIT. “The collaboration with our partners in China is one of our most sustainable ones. The tenth anniversary of GAMI is impressive proof of how well international cooperation can promote academic exchange, as well as joint research and development.” 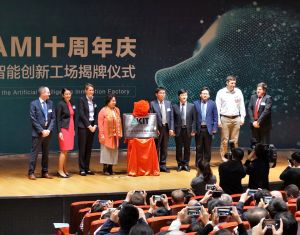 German and Chinese representatives from research, politics and industry celebrated the 10th anniversary of GAMI and opened the AIIF. (Photo: KIT)

“Many global challenges such as climate change and the implementation of digitalization can only be tackled together. This is where Germany and China can benefit from the other’s strengths and complement each other,” says Gisela Lanza, China representative and professor at the wbk Institute of Production Science Technology at KIT. For this reason, she opened GAMI as a branch of wbk in China in 2008. Here GAMI is researching global production structures to prepare companies that produce locally for country-specific requirements such as Industry 4.0. “The location in China has been giving us direct and easy access to local partners and their needs for ten years.” This ensures that research results are transferred into industry and that especially German companies in China have access to them.

One of the major current issues is the integration of artificial intelligence (AI) in industrial production and ever greater digitalization as part of Industry 4.0, as well as its consequences for manufacturing processes and employees. To mark its tenth anniversary, GAMI has now opened the Artificial Intelligence Innovation Factory (AIIF). The Sino-German platform serves as a research and training environment which equips students, researchers and industrial partners with the skills required for AI technologies in production. 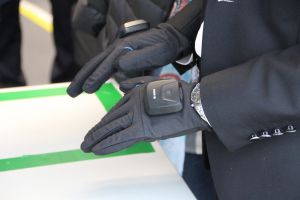 Intelligent technologies such as gloves with sensors automatically detect different work stages and forward the information to the entire production system. (Photo: KIT)

“As a result of the ongoing integration of IT solutions in production processes, there are large amounts of data,” says Dr Tobias Arndt, General Manager of GAMI. “To be able to use all this data profitably, we need intelligent solutions which recognize the links and patterns in the data.” At AIIF, GAMI, together with German and Chinese companies and startups, is researching AI-based applications in augmented and virtual reality, cloud and big data computing, as well as man-robot collaboration. Different AI components can be integrated in a highly flexible production line to examine various applications. “By using the right combination of these technologies, companies can increase their efficiency and flexibility. Machine learning also makes production systems possible which can correct their own errors and improve themselves independently,” says Arndt.

However, this requires well-trained workers. Here, both Germany and China are facing a great challenge, according to Arndt: “Both lack young scientists and experts to establish AI in industrial production, although especially China has invested heavily in this sector.” But both sides could benefit from each other: “Germany has the necessary production expertise, China the necessary technical and financial infrastructure.” Researchers therefore want to involve AIIF more and more in teaching at KIT. On the one hand, the applications developed in China are connected to the existing range of courses of the Global Production Learning Factory at wbk. On the other hand, on research trips to Suzhou, KIT students can get to know production in China, as well as the integration of AI technologies in real conditions.

Many complex products are more and more often no longer produced only in one location but in factories across the world. They have to work closely together in a common network. Gaining a fundamental understanding of the mechanisms and processes of the networks and the most important markets such as China is a decisive competitive advantage. This is why wbk has been based with GAMI in Suzhou – approximately 80 kilometers west of Shanghai – since 2008. The institute aims to deepen the understanding of global production structures and develop new, robust production networks. With the Industry 4.0 Innovation Center and AIIF, GAMI is offering a real learning environment in which companies and scientists can learn about and research the requirements and benefits of an intelligent factory using real production lines. Since 2014, GAMI has also acted as KIT’s China branch to help scientists of KIT gain access to relevant research structures, projects and third-party funds in China.