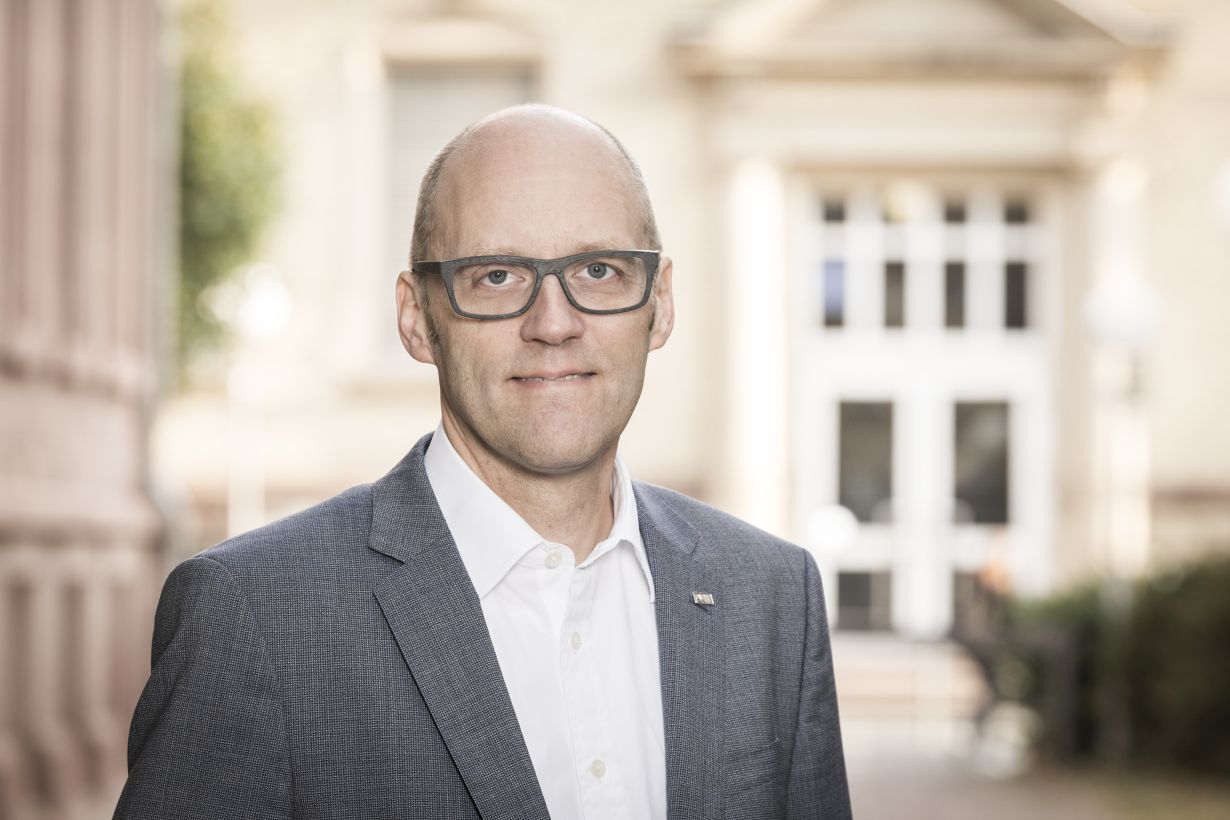 Alexander Wanner remains Vice President for Higher Education and Academic Affairs of Karlsruhe Institute of Technology (KIT). Today, the KIT Senate confirmed the vote of the Supervisory Board with a very large majority. Wanner has held the Vice President’s Office since 2013. In his first term in office, he worked on the introduction and accreditation of a quality management system for higher education at KIT and coordinated the area of action “Teaching” within the KIT 2025 Umbrella Strategy.

Professor Renate Schubert, who chairs the Supervisory Board, welcomes the vote of the KIT Senate: “The Supervisory Board unanimously decided in favor of a second term of Professor Alexander Wanner as Vice President for Higher Education and Academic Affairs. I am very pleased that Mr. Wanner will continue to advance implementation of the research-based education concept and campus development at KIT.”

“I am very happy that the KIT Senate confirmed re-election of Alexander Wanner so clearly. With his high commitment to research-based education at KIT and his concern for the needs of our students, he is the ideal Vice President for Higher Education and Academic Affairs. I look forward to our further cooperation,” says the President of KIT, Professor Holger Hanselka.

“Quality of academic education at KIT is of highest priority. This includes quality assurance of existing courses as well as the development of new course formats,” Professor Alexander Wanner emphasizes. “Research-based education is and will remain a unique feature of studies at KIT. Moreover, we want to encourage our students to look beyond their own realm and to assume responsibility in society.” Cooperation with students and teachers always is constructive and fruitful, he says.

Within the development and implementation of the KIT 2025 Umbrella Strategy, Alexander Wanner is responsible for the areas of action of “Teaching” and “Young Researchers.”

In Wanner’s past term in office, introduction of a quality management system for higher education at KIT met with particular success. In 2014, this scheme was accredited by a group of international experts. As a result of this accreditation, KIT was granted the right to assess all its bachelor’s and master’s programs and to provide them with an internationally acknowledged quality label upon very detailed inspection. KIT’s successful proposals for funds within federal and state programs also contributed to the systematic further development of higher education. They included the Program for More Quality in Teaching, through which the Federal Ministry of Education and Research (BMBF) is presently funding the Research-based EducationPLUS project and the MINT-Kolleg Baden-Württemberg at KIT, the latter being a joint institution of KIT and Stuttgart University to enhance knowledge in mathematics, informatics, natural sciences, and engineering. Within the 2016 Program of the State of Baden-Württemberg for the Extension of Master’s Programs, KIT offered another 640 additional study places. The corresponding increase rate of 11% made KIT rank in front of all other universities of the state.

For appropriate use of quality assurance funds granted by the state, KIT and its Students Union concluded the KIT Quality Agreement that is the only one of its kind in Baden-Württemberg. According to this agreement, use of the quality assurance funds of EUR 24.5 million in total until 2021 will be agreed upon with the students of KIT.

In 2015, the Baden-Württemberg Ministry of Science, Research, and the Arts granted the first prize to KIT’s quality development concept for the conferral of doctorates. To further support its doctoral candidates, KIT has introduced doctoral agreements and established conventions of doctoral researchers at all KIT departments.

KIT’s proposals for the state funding in the area of teacher education also met with high success. Moreover, Alexander Wanner is member of the “Joint Commission for Teacher Education in Karlsruhe,” in which all universities in Karlsruhe are represented. All previous state examination programs were successfully converted into bachelor’s and master’s programs at KIT.

Alexander Wanner considers the further development of the unity of research and teaching at KIT a major task in future. The goal is to implement an education culture based on joint standards, but leaving space for diversity. Particular attention will be paid to the role of young researchers as teachers. In addition, further development of research-based education and research infrastructures in the education sector is planned to be continued. As regards prospective students of KIT, Wanner wants to encourage more women to start studies at KIT and to further develop the selection procedure while assuring quality. Campus development will remain a central topic, in particular as far as teaching and learning spaces are concerned. Wanner also plans to advance digitization in the education area. Further development of the successfully introduced campus management system will be of particular importance.

The General Students Committee (AStA) of KIT congratulates Alexander Wanner on his second term in office: “Professor Wanner always was an open and responsive contact person in the Executive Board of KIT. Hence, we are highly pleased that the Senate put its trust in Mr. Wanner for another term in office in higher education and academic affairs,” says Thomas Wacker, AStA’s Press and PR Officer.

Professor Alexander Wanner, born in 1962, has been Vice President for Higher Education and Academic Affairs of KIT since June 2013. From 2008 to 2012, he was Studies Dean at the KIT Department of Mechanical Engineering. Wanner studied metallurgy and was conferred his doctorate at the University of Stuttgart. Then, he worked as a scientist at the Max Planck Institute for Metals Research in Stuttgart and was Member of the Senior Academic Staff of Stuttgart University. Research stays at the Northwestern University and the Argonne National Laboratory in the USA as well as at the Shanghai Jiao Tong University followed. In 2003, Alexander Wanner was appointed professor for materials science at Karlsruhe University, KIT’s predecessor institution. Among others, he was decisively involved in the establishment of the Institute for Applied Materials that pools the competencies of all materials scientists of KIT.