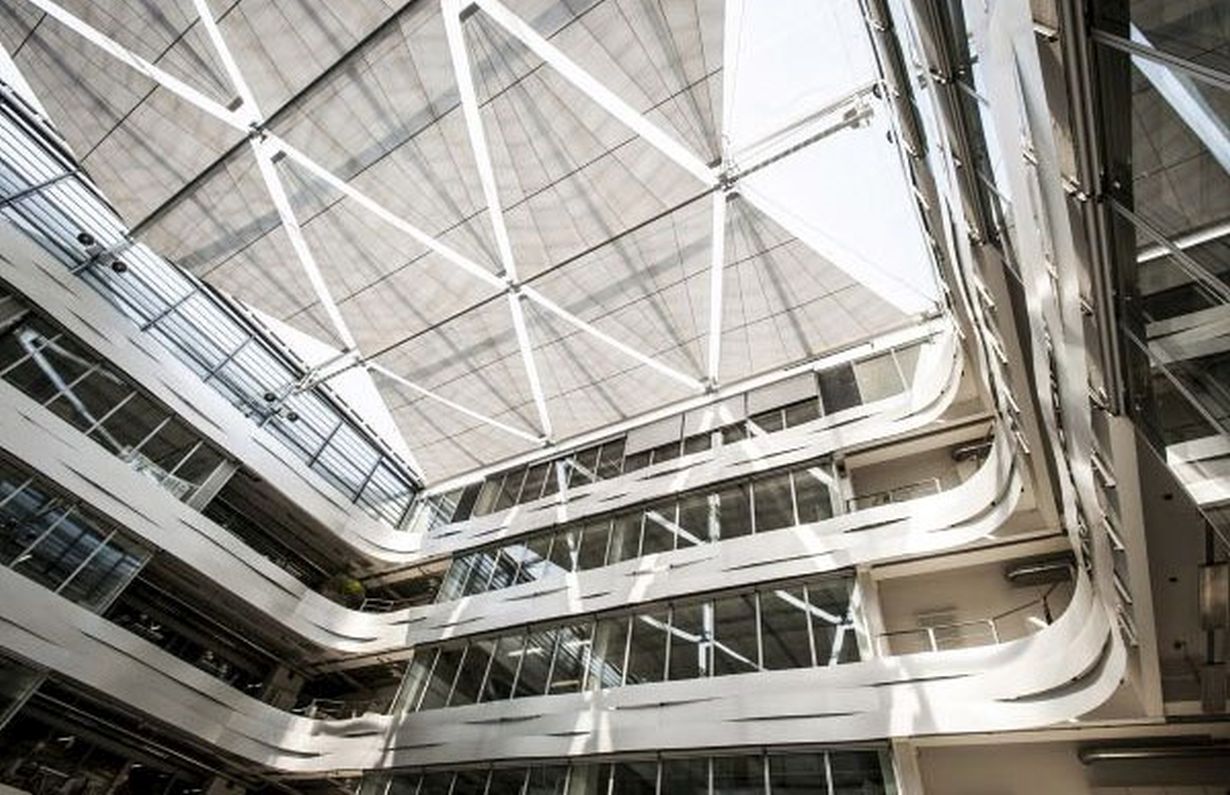 The Mathematics Building on KIT’s Campus South is considered a perfectly energy-optimized building. In 2016, it was granted the German University Building Prize. (Photo: Markus Breig/KIT)

Improving energy efficiency of buildings is an important aspect of climate protection. Activities usually focus on energy-efficient construction and refurbishment, but increasingly the behavior of users attracts attention. How exactly this behavior influences the energy balance of a building and how to change it, these questions are now being studied in a global project of the International Energy Agency (IEA), which is coordinated by Karlsruhe Institute of Technology (KIT) and Carleton University in Ottawa.

About one third of worldwide primary energy is presently being used for the operation of buildings. As the area covered by buildings is increasing constantly, energy consumption rises in spite of improved energy efficiency. This result is reported by the International Energy Agency (IEA). The organization also reports that so far unused potential savings amount to up to 80%. But energy consumption of buildings cannot only be reduced by energy-efficient building and refurbishment, says Professor Andreas Wagner of the Building Science Group of KIT’s Department of Architecture. “Depending on the type of
building and its use, consumption can be halved when energy is used efficiently. Wasteful behavior may nearly double consumption.” Often, user behavior is affected adversely by thoughtless automation, e.g. by an automatic heating system without an efficient user interface: “Persons having no other possibility to control room temperature may open the window or use an inefficient radiant heater in addition.” To actually save energy, automation has to be designed such that users can influence building technology at any time, Wagner says. 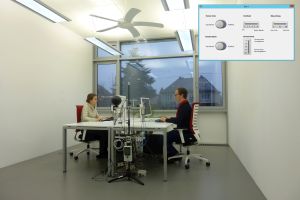 Within the research project of the IEA, data are collected with respect to comfort parameters. In addition, interaction of humans with the user interfaces is studied. (Photo/montage: KIT)

To systematically study the relationship between user behavior and the energy performance of buildings, Wagner coordinates an interdisciplinary and international research project of the IEA in cooperation with Professor Liam O’Brien of Carleton University, Ottawa. The project first of all focuses on fundamental aspects, i.e. how comfort parameters in buildings, that is thermal, visual, olfactory, or acoustic conditions, interact with each other and affect an energy-relevant behavior. Studies will also cover the role of user interfaces and how thermostats, light switches, and blinds can be designed as smartly as possible. To model the user behavior with respect to energy consumption, the researchers plan to use big data methods based on various data sets, such as data from building technology or the Internet of Things (IoT). 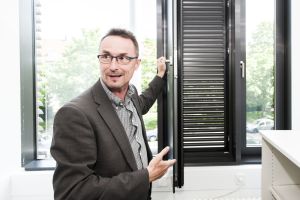 Professor Andreas Wagner of the Building Science Group of KIT’s Department of Architecture is an expert in the area of energy-optimized building and use of buildings. (Photo: Markus Breig/KIT)

The research project is aimed at obtaining new findings, but also at deriving practical recommendations for the design and operation of buildings to enhance energy-efficient user behavior. Since 1977, the IEA has been advising governments and other stakeholders, such as construction industry, in the area of energy efficiency. Its recommendations are based on the research program “Implementing Agreement on Energy in Buildings and Communities” (EBC) with 26 member states. Together with scientists from at least 14 countries, Andreas Wagner and Liam O’Brien will now develop the scientific fundamentals for an annex to this agreement.