Drought Affected about 90% of the German Territory 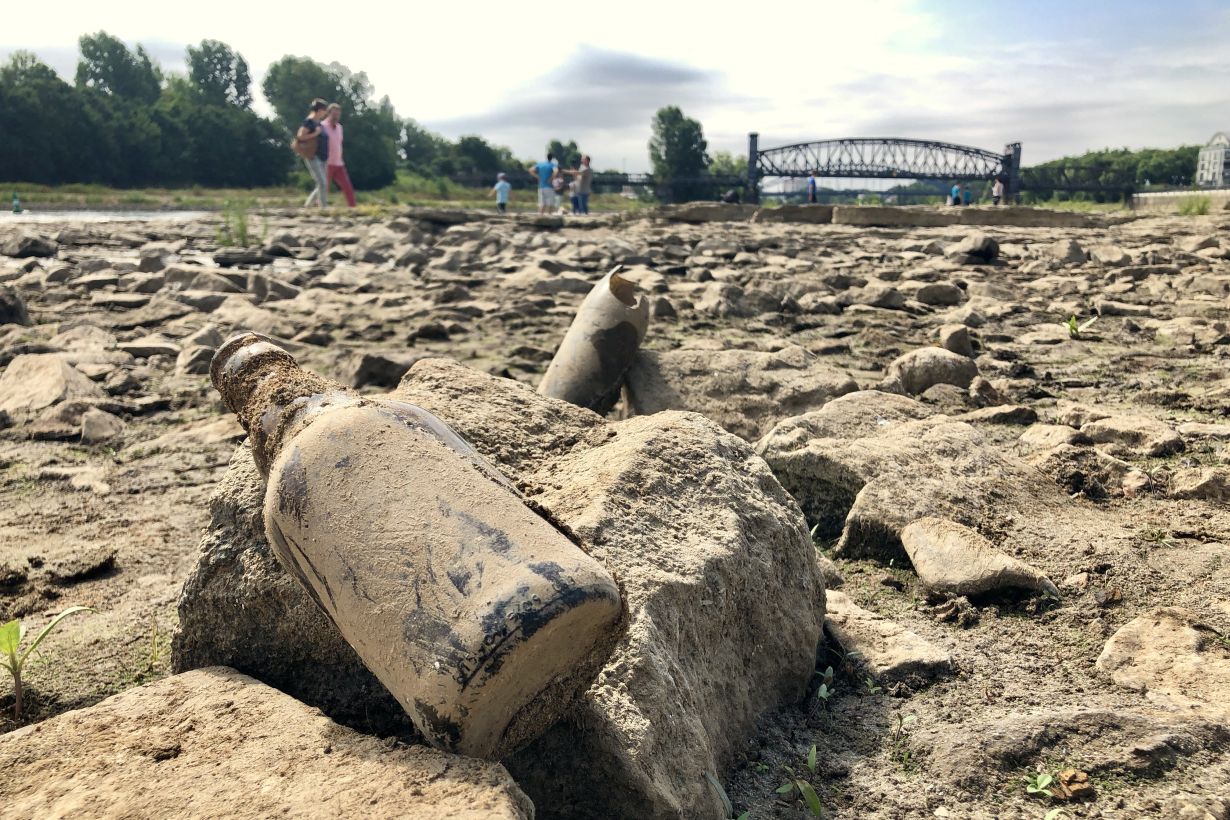 The four months’ period from April to July 2018 was the warmest in Germany since the beginning of weather recording. Many places reached new all-time as well as monthly records. In addition, the situation was aggravated by a drought since February. In August, about 90% of the German territory suffered under drought. Heat and drought led to severe forest fires in several regions of Europe and to crop failures in Germany. This is reported by the Center for Disaster Management and Risk Reduction Technology (CEDIM) of Karlsruhe Institute of Technology (KIT).

Dried out rivers, withered fields, forest fires and wildfires, damaged roads, deformed rails: The impacts of this year’s heat wave in Germany were and still are impossible to ignore. CEDIM’s interdisciplinary Forensic Disaster Analysis (FDA) Group analyzed how temperature and precipitation developed in Germany and Europe until mid-August 2018, how drought and heat can be explained meteorologically and placed in a historical context, and which impacts they have on man and nature. The findings are summarized in the recently issued report “Dürre & Hitzewelle Sommer 2018 (Deutschland)” (drought & heat wave summer 2018 (Germany)) (in German only).

“The four months’ period from April to July 2018 is the warmest in Germany since the beginning of regular weather recording in 1881,” says Professor Michael Kunz, Scientific Spokesperson of CEDIM and head of the corresponding working group at the Institute of Meteorology and Climate Research (IMK-TRO). In all four months, mean temperature in all federal states was at least 1.7 Kelvin (corresponding to a temperature difference of 1.7°C) above the long-time reference value from 1981 to 2010. Overall, the temperature exceeded the standard value by 2.8 Kelvin. In the record summer of 2003, by contrast, the same four months’ period was 1.2 Kelvin colder on the average than in 2018. When including the month of August of 2018, the mean temperature of which is not yet available, but will be below that of 2003, the temperature difference is reduced somewhat in favor of 2003. The German heat record of 40.3°C was not exceeded in 2018. On July 31, however, the city of Bernburg an der Saale in Saxony-Anhalt with its all-time record of 39.5°C was quite close to this record. Many other places in Germany reached all-time or monthly records in 2018.

As regards precipitation, the months from February to July 2018 were extremely dry after a rather wet January. “Altogether, the Germany-wide average precipitation in this six months’ period reached 61% of the usual amount of rain only,” says Professor Michael Kunz. With 80.5% of the standard value, the precipitation level in the state of Saarland was quite good. With 52%, the state of Saxony-Anhalt reached the lowest value. Historic comparison, however, reveals that the six months’ period from February to July in 1922 and 1976 produced even lower Germany-wide averages than in 2018.

Heat and Drought in Europe

Also other regions of Europe suffered from the extreme drought and heat. In Southwest Spain and South Portugal, the highest daily temperatures often exceeded 45°C. Unusually high temperatures and drought also were recorded temporarily in the South and Southeast of England. Sometimes, warm air flows even reached the North of Scandinavia.

In the latest report of CEDIM, the heat and drought of 2018 are explained by a large-area flow pattern that prevailed above Europe for months and was associated with constant high pressure above the North of the continent. In spite of some variations in spring and summer, this flow pattern constantly regenerated itself. In case of such a dominating general weather situation, Atlantic low-pressure zones with cool and cloudy air and precipitation hardly reach central Europe.

Forest Fires and Disturbances of Road, Air, and Ship Traffic

The impacts of the heat and drought were and are still of dramatic character: In many regions of Europe, in particular in Greece, Portugal and Spain as well as in Sweden, devastating forest fires occurred. “In Germany, the biggest impacts are seen in the agricultural sector and mainly the North and East of Germany are affected,” says Susanne Kubisch, doctoral researcher of CEDIM and KIT’s Institute of Regional Science (IfR). In August, the German Farmers’ Federation prognosticated a grain harvest of 36 million tons, which would be even lower than in 2003. The average harvest of the past five years is 47.9 million tons. Also forestry and fish farming suffer from negative impacts. Only, the winegrowing sector profits from the impacts of heat. Wine harvest will take place much earlier than expected.

In road traffic, the heat damaged the roads and resulted in road closures and speed reductions. Train traffic was disturbed by deformed rails and embankment fires. In air traffic, planes were canceled or delayed. Due to the low water level, ship traffic on the rivers was restricted. This affected not only industry and transport, but also tourism. “Recreation areas with rivers and lakes had to cope with the consequences of water shortage, while tourist destinations on the Baltic Sea and North Sea recorded increasing numbers of tourists,” Christina Wisotzky, doctoral researcher of CEDIM and KIT’s Institute for Economic Policy Research (ECON), says.

In agriculture and tourism, the heat wave had different regional impacts. Some branches in both sectors even profited. Altogether, however, the costs resulting from the impacts of the heat wave as a result of climate change outweigh the benefits.

The Center for Disaster Management and Risk Reduction Technology, CEDIM for short, is an interdisciplinary institution of KIT in the area of disaster management. CEDIM scientists study the causes, management, and prevention of natural and technical risks and develop concepts to enhance safety in a world with population growth, rapid urbanization, and climate change.